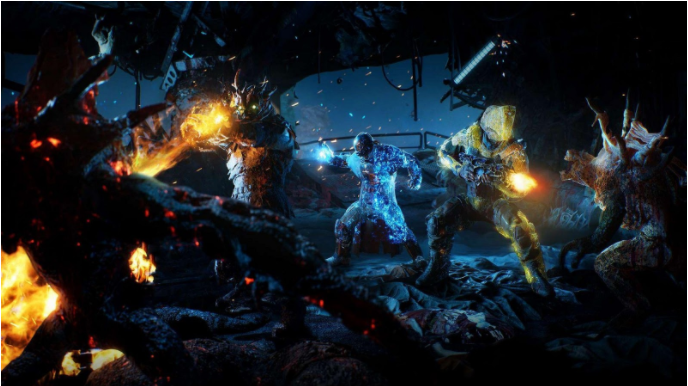 When shopping for a monitor it’s common to consider aspects like resolution, screen-size, or even the monitor’s color gamut, but responsiveness is often overlooked and, at times, overstated.

Having a low response time monitor may not be important if the PC is used for watching movies, creating word documents, and other graphicly simple tasks that don’t require a fast user input. Games, on the other hand, are hugely impacted by slow response times.

A 1ms display is generally based on an older display technology compared to its 4ms counterpart. So, if image quality and color accuracy are the most important aspects for you, then you should look at a 4ms display. In contrast, if responsiveness is the most important factor and image quality and color accuracy take a back seat in your opinion, then you can benefit from a 1ms display and should buy one.

A monitor’s response time is the time it takes for the pixels to change color. This happens within a tiny fraction of a second. So, when you are not directly controlling the images on the screen, you won’t be able to not notice if a monitor has a low or high responsiveness.

A monitor’s response time is the time it takes for the pixels to change color. This happens within a tiny fraction of a second. So, when you are not directly controlling the images on the screen, you won’t be able to not notice if a monitor has a low or high responsiveness.

What Is A Monitor’s Response Time?

A display’s response time is how long it takes for a pixel to change color using the gray to gray (GTG) transition.

Most PC monitors have a response time between 2ms and 10 ms, and having a lower response time minimizes problems like ghosting and blurring that can happen when playing some action-intense games.

Why Do You Want A Low Response Time?

Well, if all you do on your PC is edit photos, watch YouTube videos, create office documents, and browse the web, then you don’t need a low response time display.

If you are a gamer, however, you will notice even the tiniest little imperfection. Having a gaming experience that is free from blemishes and imperfections can be the difference between winning and losing.

So, if you are serious about PC gaming, you will want to exploit every possibility to win the game. This naturally brings you to the search for a highly responsive display. Remember, if your screen is lagging behind, you may not be getting all that you are paying for it in terms of your graphics card.

TN vs IPS vs VA Panels

TN, or Twisted Nematic, panels that have the best response times are suitable for high-speed gaming. While they have a faster response, they have much poorer color reproduction and viewing angles when compared to an IPS (In Plane Switching) panel.

IPS displays, on the other hand, are much more accurate in color reproduction and have far better viewing angles than their TN counterparts, but they are also more expensive. These kinds of displays are often used for video editors, photographers, and even gamers that are wishing to achieve accurate colors.

TN and IPS Are Not The Only Display Technologies In Town

A VA panel is pretty much the middle-point between the TN and IPS panel types. So, most gaming monitors use VA panels. They have lower refresh rates than some TN panels and poorer color than an IPS panel, but they have the absolute best response times, with image transitions happening within one millisecond (1ms).

TN and VA panels are better for those on a tight budget as IPS monitors can get pretty pricey.

You May Be Able To Increase Your Current Monitor’s Responsiveness

Some monitors have an overdrive setting that can allow you to boost your pixel response time. Changing this setting can increase the color-changing speed of your current monitor for free.

This, however, is not recommended as it often impacts other important aspects of drawing the screen and can lead to a visual phenomenon called overshoot. Overshooting can be similar to ghosting, and in some ways, worse.

That’s because when a display is overshooting, its pixels change before the screen has time to change the color before the image itself shifts.

You can prevent overshoot by using a less aggressive overdrive setting to find the best balance between image quality and image responsiveness.

What Are the Downsides of a Fast Response Time?

While there are no downsides to a fast response time itself, there are a lot of valuable features that are often sacrificed when manufacturers make a display which has a core focus of a low response time. In fact, there are many complex image processing techniques that simply cannot be applied at those rates.

So, tricks that the industry have used over the years to get more even color and a higher brightness may not be available on low response time displays. Not having those things may also cause more eye-strain.

For example, most VA displays are listed as having a 4ms response time, but the fact of the matter is that a transition to black can take up to 40ms or more.

Then, take the AHVA IPS panel found in the Acer XB270HU and ASUS MG279Q which do not meet the 1ms g2g transition speed claim but do offer very consistently low ms in the low single digits.

Another example is the Eizo FG2421 which has a claimed 1ms response time. But what the company fails to mention is that this is only achievable when using its strobing Turbo mode.

Without that turned on, the ms times of this display are similar to what you find on run-of-the-mill VA panels, other than having a much faster dark transition times.

The fact of the matter is that all display types can be ideal for gamers, as it just depends on your needs, preferences, setting. In these monitors you also get some pretty terrible inverse ghosting and other nasty artifacts that come from far too aggressive of an overdrive implementation.

So, it’s important to check the reviews for the individual monitor that you are looking at to make sure you get a good match between overdrive and panel quality.

1ms is highly responsive, so that means that images and color are updated simultaneously at the pixel level. This is great for gaming because it prevents ghosting, which can make games seem dull or even blurry.

1ms panels can achieve refresh rates as high as 240Hz but it’s important to remember that you are only going to get those high refresh rates with TN and minimal-to-no post-processing.

Another defining characteristic of 1ms monitors is their ability to provide an incredibly smooth experience.

4ms panels are technically four times slower than 1ms panels. A 4ms display can run at both 144Hz and 60Hz, and these displays take 4ms for the pixels to draw each frame. This can cause blur of images in certain situations while gaming. It can also lead to ghosting that can make a negative impact on the game’s outcome.

Other Factors to Consider When Choosing a Gaming Monitor

1ms vs 4ms is not the only thing you need to look for when searching for the perfect gaming display. There are several other key aspects to take into consideration.

Different panel technologies have different response times and their own limitations. So, choosing a display based on a specific type will get you locked in to certain response time and image clarity characteristics.

When it comes down to it, IPS panels provide the best image quality by far. After that is a VA panel and then TN panels are at the very bottom of the quality list. TN panels also suffer from poor viewing angles.

You may think viewing angles dont matter if you are the only one looking at the display and you are directly in front of it. In a TN panel, however, the distance between your eyes is enough to cause the pixels to look slightly different in one eye. This is why older devices that use TN panels generally feel cheap and low quality.

The refresh rate is the number of times per second a new image is drawn on the screen. So, higher refresh rates are needed to be able to take full advantage of high frames rates being generated by the graphics card.

For example, if your PC is capable of running a game at 130 FPS, but you have a 60hz monitor, then you will not be able to see any of the performance or additional smoothing above 60 FPS.

Viewing angles are under-rated. Whether you are considering a 1ms or 4 ms display, and even if you are sitting directly in front of the display, the higher the viewing angle the better.

Having an ultra-wide viewing angle means that each pixel’s light is more consistent from one eye to another. This helps prevent image distortions and makes the experience much more immersive.

Screen solution is the physical number of pixel elements that the display is composed of. Generally speaking, the higher the resolution the better. You do, however, have to consider the fact that the more pixels a display has, the more work a graphics card has to do to run that display.

Playing a game on a screen that has a poor response time can be a challenge. A blurry game in a fast-action situation can be the difference between your virtual life or death.

We hope this article helped you learn about the differences between 1ms and 4ms displays for gaming. Thanks for reading!