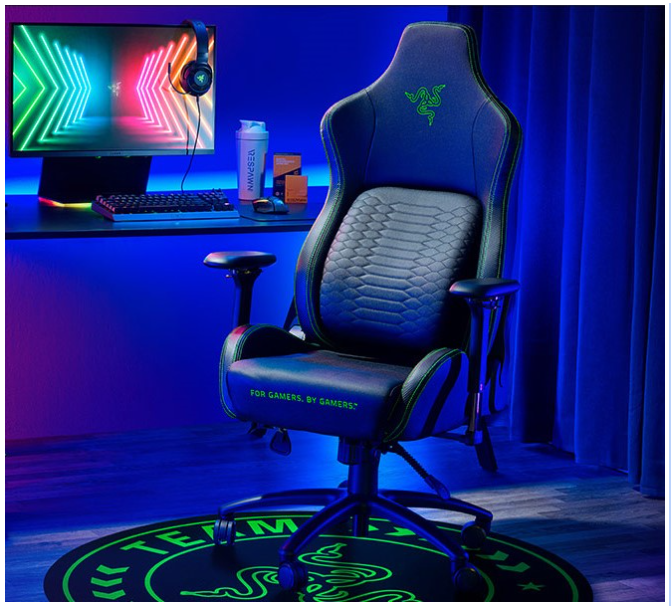 There’s has never been a better time to be a gamer. It’s more affordable than ever to purchase high-end hardware that allows you to game however you like, and selection has never been wider. With so many choices on the market, however, it cane be somewhat complicated to pick the best gear for you.

Display technology in particular has become somewhat confusing. With all the numbers and buzz-words flying around, it can be a real challenge to figure out high-end displays are best for you. 1080P? HDR? 4K? 8K? 60hz? 144hz? What do these things mean? If you are wondering which is better for gaming: 4K vs 144hz, we are here to help.

What Is A 4K Monitor?

When you see something described as 4K, it means that it has passed a certain minimum pixel threshold. When it comes to monitors, the term describes those that have horizontal resolutions of 4,000 pixels or more.

This information is contained in the “4K” moniker. “K” stands for kilo, or thousand. So it makes sense that something described as being “4K” would have 4,000 or more of something.

What Are The Benefits Of A 4K Monitor?

If you’re not familiar with 4K products, you might be curious as to why someone would buy one. Especially when they tend to cost much more than non-4K alternatives.

The answer lies in the quality of the picture that the monitor displays. 4K monitors have more pixels than the average monitor. This enables them to display graphics that are much crisper and more aesthetically pleasing. 4K monitors have less of a loss in pixels-per-inch, which is what makes all of these benefits possible.

Hertz, which is abbreviated as “Hz” is a measurement of a device’s refresh rate. When it comes to monitors, it tells you how many times the monitor can refresh in a second. Let’s look at how that impacts our understanding of a 144Hz monitor.

What Are The Benefits Of A 144hz Monitor?

So when you use a 144Hz monitor, everything that you run on your machine will look smoother. That can be especially helpful to gamers who are looking for an edge.

For example, imagine you’re playing a competitive FPS and your screen refreshes 144 times each second. Now imagine that your opponent’s screen only refreshes 60 times in a second.

In this scenario, you would be able to react to things in the game much faster than your opponent. That’s because your screen would display a change that occurs in the game faster than theirs would.

But 144Hz monitors aren’t just for gamers. They can also be beneficial for people who edit videos. As well as for people who just enjoy watching video content on their PC. The increased refresh rate will help videos look smoother than they would on a 60Hz monitor.

Many people who are in the market for new monitors are gamers. Maybe you fit in that bucket. If so, there are a few things that you’ll want in a new monitor.

First, you need to find a monitor that can keep up with the graphical demands of the most demanding games you play. Second, you want a monitor with a high refresh rate so that graphics appear smooth and have minimal frame loss.

4K monitors satisfy the first goal of the gamer and 144Hz monitors satisfy the second one. So this means that either of these choices can be a good addition to your gaming setup. Your decision may come down to how highly you value each of the goals that you should have for your monitor.

For example, you might play competitive FPS games often. If so, you’re going to want a monitor that will refresh often to give you a competitive advantage. In this scenario, a 144Hz monitor would be a better choice.

But the overall quality of your graphics will likely be lower if you choose 144Hz over 4K. So if you play games that don’t require a high refresh rate, a 4K monitor could be your best option.

Is 4K better Than 144Hz For General Use?

General computer use can be described as completing tasks like sending emails, browsing the web, and streaming videos online. If these are the things that you do most, then a 4K monitor will probably be your best bet.

This is because you likely won’t use the full benefits of a 144Hz monitor very often, if at all. There are very few instances in which you would need that high of a refresh rate as a general user.

However, you’ll constantly enjoy the full benefits of a 4K monitor even if you don’t play games. With one, everything that you do will look better, sharper, and more life-like. This can be especially useful for people who love to stream video content from services like Netflix.

Maybe your goal is to add the best display possible to your gaming setup. If so, you might be wondering whether 4K 144Hz is even possible. The short answer is yes, this is technically possible. But that doesn’t mean you should go for it.

But even if you did have all of the money in the world for this, the results wouldn’t justify the investment. There are very few games today that can run at 4K 144Hz. Many that will require you to turn down the detail settings to make it happen.

As technology improves, running a 4K 144Hz setup might start to make more sense. But it’s something that you’ll want to wait on investing in for the time being.

Adding a 4K 60Hz monitor to your setup could be a smart decision. But the answer will once again depend on how you plan to use your machine.

A 4K 60Hz monitor will work tremendously well for single-player games. You’ll be able to display top-of-the-line graphics at a respectable refresh rate. So if you love single-player PC games, then this could be the best monitor for your needs.

But another option that you might consider is a 1080P 144Hz monitor. The graphics on this will be a bit worse than they would be on a 4K 60Hz monitor. But you’ll get a much higher refresh rate in exchange for that drop-off.

Some of the most serious gamers have added both of these to their gaming setup. You could use the 1080P 144Hz for competitive games. And then you could switch to the 4K 60Hz when you want to play a single-player title.

The answer to this question is a bit more complex than you might initially think. Early research suggested that 60 frames per second were as many as the eye could see. But this may not be entirely true.

A recent study conducted by MIT found that the brain can process an image the eye only sees for 13 milliseconds. That would translate to a processing speed of about 75 frames per second.

But the brain may also process images that you aren’t consciously aware of. That’s why some research has suggested that individuals can see as many as 1,000 frames in a second. Additionally, if you asked someone to guess which FPS they’re looking at, they can guess accurately up to 150 FPS.

Now that we know how many FPS the human eye can see, you might be asking yourself this question. The short answer is no, you don’t need a 144Hz monitor for gaming.

A refresh rate of 144 frames per second is very high. It’s at the very upper end of what the human eye can detect.

144Hz can be useful for specific applications, such as competitive shooters. So you might want to invest in a monitor with this capability if that’s what you play.

But you won’t need a 144 refresh rate for virtually anything else you might do on your PC. So the advice changes if you’re not someone who plays competitive games online often. If you fit this profile, then your money would likely be better spent on purchasing a 4K monitor.

Technically, 4K isn’t limited to 60Hz. There are some manufacturers who sell 4K monitors that exceed this refresh rate. The company Asus is a good example of this.

That being said, the vast majority of 4K monitors are 60Hz. The reason for that is because manufacturing 4K monitors with higher refresh rates aren’t good business yet.

4K requires super-fast drive circuits, which can be very pricey. So the number of consumers who are interested in this technology is currently limited.

At this point, it’s not a great idea to spend your money on a 4K 144Hz monitor. You would have to spend a small fortune on computer parts to use it. And the number of games that will run at 4K 144Hz is currently pretty low.

4K 144hz monitors might offer more utility in the future. But their high current costs don’t justify the very limited benefits that you would get from owning one.

Currently, there are no 4K 240Hz monitors on the market. The best that you can get right now is a 4K monitor with a 144Hz refresh rate. But 4K 240Hz monitors will undoubtedly begin popping up in the future as technology improves.