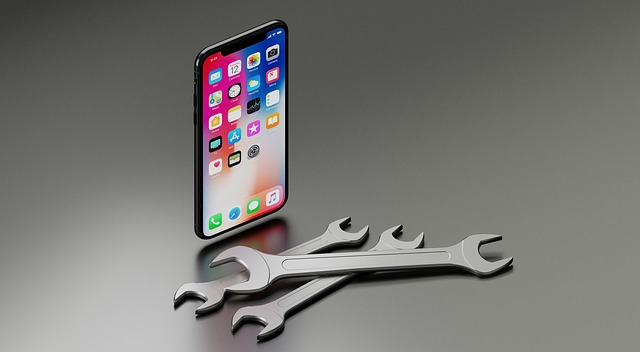 Apple has released their latest beta software update and named it the iOS 15.4 beta update. Critics are calling it the ultimate update that can compete with Android’s growing features. The update boasts about the 120Hz screen refresh rate and other essential elements. In this article, we will be discussing every critical piece of information regarding the new beta update by Apple.

The latest iOS 15.4 update is not available for regular iOS users. It’s only available for developers who signed up for Apple’s developer program. If you happen to be in that program, you can get the latest beta update. To do that, all you have to do is update your device software from the settings option. There the device will ask for your consent before updating, and after you agree, you’re all set to experience the latest software update.

Although if you don’t understand the new features and do not have any prior experience of using a device with beta software, we recommend avoiding it. Because the beta update has a lot of errors and problems that may affect your day to day work, some apps may crash, and some may not respond to your commands.

How To Get The iOS 15.4 Beta Update On My iPhone

The latest iOS 15.4 beta update will be available on the news devices like iPhones and iPads. However, if you like to use this update on your existing device then you will have to wait a little as Apple has not officially rolled out the update yet for existing devices. Moreover, if your device is too old then you will not be able to use it. We recommend switching to a newer iPhone or iPads.

When Apple launches their iOS 15.4 beta update you will get notification on your eligible device. You can install this update by simply clicking  the notification and giving consent to downloading or you can go to your setting and then install.

If you use jailbreak on your current iPhone or iPad, we recommend avoiding the new iOS 15.4 beta update as there is no tool available for the 15.4 beta update. As a matter of fact, developers have not developed a tool for the previous iOS 15 update yet.

Therefore, if you wish to get regular updates and your security matters, then you should get a device with an authorised iOS software update and avoid jailbreak. Moreover, the iOS 15.4 beta update will not be given to you if your device is running on jailbreak.

When Will The New iOS 15.4 Beta Update Rollout

The New iOS 15.4 beta update has been confirmed that it will be given with newer devices running on iOS. However for older devices the update date is not confirmed yet and some experts believe that the new iOS 15.4 Beta Update will roll out at the end of the year 2022.

With a 120Hz refresh rate, Apple has done an excellent service for the gaming community. Now Apple players stand shoulder to shoulder with Android players who used to boast about their 120Hz screen refresh rate. With the latest iOS 15.4 beta update, you can play high-end games on the go, whether it’s COD Mobile, PUBGM, Genshin Impact, NFS or play XL Bet games online. Furthermore, the new beta update of iOS provides support for the DualSense adaptive trigger firmware.

Pros and Cons of The New iOS 15.4 Beta Update

This is a beta update for developers only. This update shows us what to expect from the upcoming iPhones and iPads. A regular customer will not be able to access this update on their current Apple devices.

What Can We Do With The 120Hz Refresh Rate?

With a 120Hz screen refresh rate, you could watch 4k movies with better viewing capabilities as your device will use more computing power to provide you with an immersive video experience. Simply put, the film will be better with it. Moreover, it’s a boon for gamers. The higher refresh rate will help gamers gain the upper hand over their opponents and win.

Will The New iPhone, Based On This Update, Compete With Android?

Although the new 120Hz screen refresh rate feature is new for iOS users, Android users had that feature long ago, and other significant features Apple is advertising the latest update for. So it will be hard for the new iOS update to compete with Android.

The iOS 15.4 Beta Update Has A Lot Of Issues. Will The New iPhone And iPads Have Similar Problems?

No, the upcoming mobile devices by Apple will not face these problems. The beta update is released to counter these problems and find out what new problems there are in the software. After that, the company fixes these issues and then releases the final product.

Can I Play High-end Games Like PUBG and COD On iPhones Running On iOS 15.4 Beta Update?

The performance of a game depends on the device’s processor. If a device has a weak processor, then it will not be able to run the game, but if it has a powerful processor, you’ll be able to play any game you want. After the beta update, Apple has not released any information on the new processor chip. However, if we consider the processor chip used in the latest model of the iPhone 13 Pro, then you will have no problem playing games like PUBG and COD.

When Will The Final iOS 15.4 Update Be Released?

The release date and time of the next big iOS software update, 15.4, is not confirmed yet. The official spokesperson of Apple has not hinted anything, but the experts on this matter believe that the new update of iOS 15.4 will roll out at the end of the year 2022.

To conclude, we can say that the new iOS 15.4 beta update brings joy and hope to iOS users as the update is brimming up with unique new features. If you like to add more value to this article, then comment below.