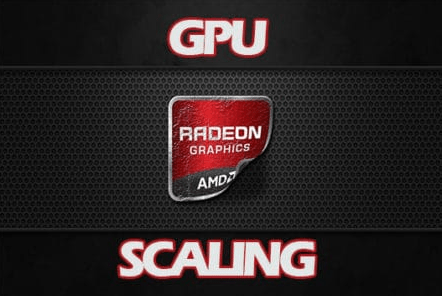 Higher resolution, increased contrast, and smoother playback means that computer graphics are becoming more vivid and realistic. In most cases, this is the case. If you watch a basketball game and point guards look more like a protective gear on the football field, the image is likely to be stretched and has an incorrect aspect ratio. AMD GPU scaling is one way to avoid this problem. 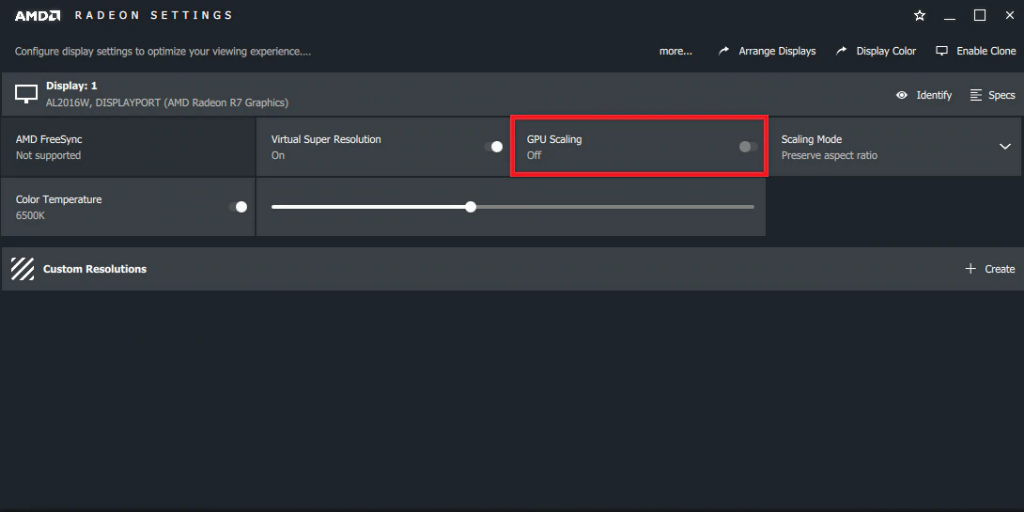 If you go into the settings of the driver for the AMD Radeon graphics card, then in the section with the display parameters, you can find the option “GPU scaling.” Nvidia also has this option, just called a little differently. By default, this setting is almost always enabled. But why is it needed, and when should it be turned on?

What is AMD GPU scaling for?

We need this option to automatically adjust the resolution of the image displayed on the monitor by this or that application. For example, when you start a particular game, and by default, it has a resolution and aspect ratio your monitor does not support that.

The video card driver with the scaling option turned on at the GPU level will correct this situation and optimize the image output to the maximum, so that not only there were errors about the unsupported mode on the monitor, but also so that there were no black bars on the sides of the screen.

GPU scaling is an option available in the configuration menu of many GPUs. The graphics processor is a computer processor specifically designed to create on-screen images, which is especially useful when playing videos and games.

GPU scaling eliminates the mismatch of the image format — the width of the image relative to its height — between the image created by the computer program, such as a software application or game, and the screen resolution.

GPU scaling is commonly used to get the results of an older video game designed for an era when most computer displays use a 4: 3 aspect ratio and transforms it so it fits nicely into the screen.

Although the exact parameters vary from GPU to GPU, the three scaling methods available on many AMD GPUs are good examples of common solutions. “Keep Aspect Ratio” adds black bars at the top and bottom or left and right of the image, filling the screen without stretching the image.

“Scale image to full panel size” stretches the image until the screen is full, so it does not lose space, but the image may look strange.

“Use centered timings” is suitable when you have an image that is smaller than the screen resolution; this option does not scale the image at all, but places it in the center of the screen and surrounds it with black stripes on all sides.

Depending on the screen, video source and GPU, you may sometimes see black bars surrounding the image on all sides when you did not expect this or an image cropped because it goes beyond the edges of the screen. This is for a mismatch somewhere in analyzing and scaling the image by your GPU.

Most GPUs have a quick fix option in the configuration menu called “Underscan / Overscan” or something similar. We can perform the scaling as usual by using this Underscan/Overscan option. Also then we can compress the image or enlarge to get the desired fit.

Using scaling with the GPU requires more processing than just displaying the image “as is,” and therefore, processing takes longer. Often the extra time is only a fraction of a second, and there’s no noticeable difference when playing a video.

However, if you play games, you may notice that the delay is noticeable and creates a delay in input, a situation where the delay between pressing the button and the action that appears on the screen violates your ability to act quickly in the game. In this case, compare the effects of input delay with the impact of not scaling the image.

When do I need to enable AMD GPU Scaling?

You need to do this where there are problems with starting games when a signal is sent to the monitor in an unsupported format, or if the picture on the monitor is not on the full screen and there are black bars on the top and/or sides.