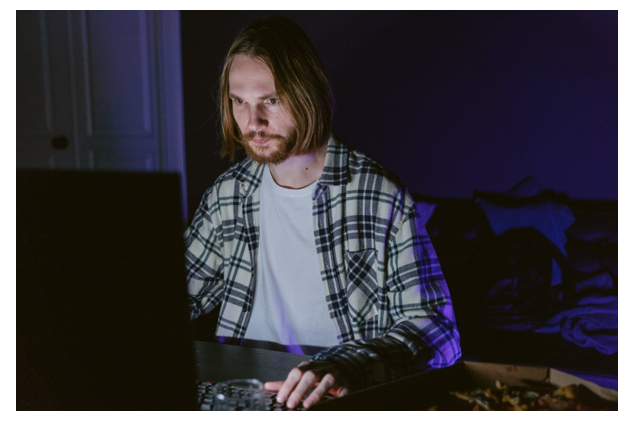 The PC gaming industry (development, launch, and promotion of games) is one of the fastest-growing branches of IT and, at the same time, the world entertainment sphere. PC games have become cultural phenomena and are recognized as works of art. Besides, the number of players is increasing (about 2.9 billion people), and gaming itself is becoming a highly profitable profession.

Except for the kernel of game developers, there is also the whole ecosystem turning around popular PC games and the process of their creation:

Additionally, the adjacent markets’ players want to occupy their own niche – electronics manufacturers (Apple), or Internet corporations (Google), which can deliver decent gaming solutions due to their vast resources.

The popularity of computer gaming can hardly be overestimated. A significant number of gamers of different ages play PC games, but there are also more promising gaming sectors in terms of revenue. In general, the whole video gaming sector generated $165 billion in income in 2020. Even though the share of PC gamers is steadily growing, the number of mobile gamers increases at a tremendous pace. As for 2019-2020, the dynamics of the market changed as follows:

The choice of a model for monetizing video games (selling real and virtual copies, microtransactions, charging a monthly fee, etc.) varies on the location and platform – a mobile phone/tablet, a console, or a PC. In many states, consoles are not popular due to the availability of pirate versions, so people do not pay for original digital products. Besides, many up-to-date games apply a hybrid approach to monetization: when merged, the cons of a certain monetization method may provide pros for another.

The gaming sector is one of the fastest-growing in the entire media and entertainment industry. 2020 has shown interest from users, both in quarantine and after. According to experts, the average playing time has grown by 30-40%. Separately, it is worth noting the esports market, which is gaining momentum with the pandemic and the cancellation of many sports events. If in 2019 the market volume was within $1.1 billion, then by 2024 it is forecasted at the level of $2.3 billion.

According to analysts, the income of gaming giants that have popular gaming assets varies from $6 to 18 billion annually. According to analytical agencies, in 2019 the volume of investments in the global gaming industry amounted to $7.2 billion, including venture capital investments and IPOs. The most interesting areas for investors at the moment are technical infrastructure, multiplayer, and mobile games.

As for the regional distribution of powers, the largest share of the market occupies:

One of the main tasks for investors is to identify promising and dynamically developing companies. The largest gaming companies by their income are the following:

There are many companies involved in the creation, development, and distribution of computer games. Most of them are located in China and Japan.

Key Companies to Pay Attention to in 2021

As you can see, the gaming sector is developing very fast, and PC gaming as well. There is no reason to say that it is decreasing in popularity – the annual income and dynamics of the market explained above declare the opposite. Therefore, if you plan to invest in the market, we recommend you pay attention to the following companies:

Electronic Arts started to produce video games back in 1982. The most popular titles were: The Sims, NFL, Battlefield, Need for Speed, Plants vs Zombies and, of course, FIFA – a football series that gave everything that the company now has. The majority of revenue comes from the sale of content in the form of add-ons to the games. Thus, each new game brings the company a stable cash flow for years to come.

This is one of the largest and most popular companies in the gaming sector. In addition to new titles, franchises such as Call of Duty, StarCraft, Hearthstone, and Overwatch are backing the company. Many of these games are featured in eSports disciplines. A successfully built system of in-game and subscription purchases allows Activision Blizzard to receive stable cash flows.

This is the largest investment company in China, which owns social networks, payment systems, and the WeChat application. The company owns Riot Games, whose League of Legends game is the most played in the world, with a gamer base of half a billion people. The mobile segment is also well represented. Large funds are being poured into the development of mobile applications. Additionally, Tencent is actively developing cloud gaming.

An additional impetus for the market can provide a commercial introduction of various technologies. In particular, we are talking about 5G networks, virtual reality, cloud technologies, artificial intelligence, and big data analysis. At the same time, gaming technologies are penetrating other industries, qualitatively changing them. This applies to education, the banking sector, medicine, and more. According to industry experts, the boundaries between game mechanics and traditional processes will gradually disappear, giving another impetus to the development of the gaming sector.