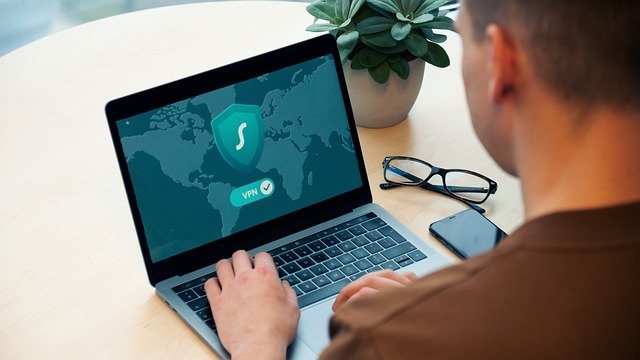 Internet privacy has never been more important. People are using their devices more than ever. And they generate an enormous amount of data when they do. Companies and individuals track this data. They can use it to learn a number of things about who you are, where you’re located, and more.

That’s why an increasing number of people are starting to use VPNs. If you’re using a VPN from a company like Avast, you might have some problems with it. For example, you might find that your internet slows down when using the VPN.

If Avast VPN is slowing down your internet, there are a few different solutions to try. Start by changing to a new server that’s closer to your location. If that doesn’t work, try closing any applications you’re running in the background. You might need to manually reconfigure your Avast VPN if neither of these solutions works.

What is a VPN, exactly?

VPN is short for virtual private network. Its purpose is to provide anonymity to internet users. So you would use a VPN if you want to shield your identity from people online. They can be a great way to encrypt your data, avoid government surveillance, mask your location, and more.

VPNs are commonly used with proxy servers and overlay networks. All that you need to do is turn a VPN on and pick a server. Then your internet traffic will be disguised to make it appear as though you’re in a different geographical location.

Why is Avast VPN slowing down my internet?

There can be many different causes for a slow VPN. So you’ll need to do a bit of troubleshooting in order to pinpoint the exact reason for your slowed internet.

VPNs encrypt your traffic by routing it through a special server. It’s possible that this server is what’s causing the problem. So the first thing to do is try another server. The closer the server is to you, the faster that it should be.

If that doesn’t work, you might try changing your protocol settings. OpenVPN is a great bet for good speed and stability, so consider trying that. Other options that are worth trying include:

It’s also possible that either Avast or your internet is the cause of the problem. Check your internet speeds first to make sure they’re what you expect them to be. If they are, it may be time to move on from Avast and try a different VPN provider.

Avast’s SecureLine VPN is absolutely reliable. It’s a solid choice for a VPN and one that is trustworthy enough to use. Additionally, Avast VPN costs just $4.99 per month. That’s pretty good for a reliable VPN service.

However, you may be able to find a VPN option that’s even better than SecureLine by Avast. The company’s VPN doesn’t have many additional features. Additionally, the company actually collects a lot of its users’ data. If that’s something you’re uncomfortable with, it might not be the right VPN for you.

Can a VPN increase internet speed?

Maybe you were interested in getting a VPN because you thought it would increase your speed. That could make it even more frustrating if Avast’s VPN is decreasing your connection speed. The good news is that, yes, a VPN can increase your internet speed.

Internet Service Providers (ISPs) will sometimes throttle your bandwidth. This means they selectively slow or limit certain types of traffic. For example, your speed might be throttled when you visit a live streaming website. But it might be perfectly fine when you’re reading the news online or browsing forums.

If you notice this happening, then a VPN could be your solution. A VPN can hide your traffic so that even your ISP can’t see it. This means they wouldn’t be able to throttle your connection when you try to use certain types of websites.

Why does Avast VPN take so long to connect?

If your VPN is taking a long time to connect, it’s probably a server issue. The best solution is to try and connect to a different server. That might be all that it takes to solve your problem.

If connecting to another server doesn’t work, you can try a few other things. Essentially, you would follow the same troubleshooting steps you would for a slow VPN connection.

That means you should try to change the protocol you’re using first. Then check on your internet speed to make sure it’s not a problem that’s occurring on your end. If that doesn’t work, you might want to try switching VPN providers.

Can’t use the internet while on Avast VPN?

This is a problem that may happen sometimes while you use a VPN. If you experience it, there are a few things to try. First, you should check your internet connection. Disconnect from the VPN and verify that it’s working properly before moving forward.

If your internet is working properly without the VPN, you can try another solution. Start by selecting a different Avast server location. If that doesn’t work, try disconnecting other VPN services that may also be running on your PC.

If the issue remains unresolved, try restarting your computer. Then attempt to reconnect to Avast SecureLine VPN when it turns back on. There’s a very good chance that at least one of these solutions will fix your problem.

What internet speed do I need to use a VPN?

You don’t need any particular internet speed in order to start using a VPN. Rather, just about anybody can use a VPN. That’s true regardless of what your current internet speed looks like.

However, you may need a certain internet speed to carry out specific activities. For example, for basic internet usage, 1-5 Mbps should be enough. But if you want to perform HD video streaming, you may need 5-8 Mbps.

The speed you need will grow even more if you want to play games online or stream in high definition. For gaming, you should have between 8-40 Mbps. For watching streams in 4K, you will want to have between 40 and 100 Mbps.

Avast VPN isn’t free to use forever. But the company does let you try its VPN out for free for a limited time. You can use Avast VPN for 7 days without paying if you take advantage of the company’s free trial. Just visit their website and put in your information to download it.

But you will need to start paying if you want to continue using the device after 7 days. Avast charges $4.99 per month for continued use of its VPN. You can save a bit on this by signing up for a year-long or multiple-year-long plan.

Do I need a VPN at home?

Generally speaking, most people don’t need to use a VPN while at home. Your home connection is usually fairly safe. You would only really need a VPN at home if you value your privacy for a specific reason.

For example, maybe you’re concerned about government tracking even while you’re at home. Or maybe you just want to make double-sure that your data is encrypted. VPNs can also be good for people who use torrenting services on their home machines.

That being said, VPNs can be super valuable to have while on the go. Public WiFi networks are a bit riskier to use. If you’re someone who uses them often, getting a VPN can be a good idea. It will allow you to use public networks without worrying about your data falling into the wrong hands.

How do I get rid of Avast SecureLine VPN?

Maybe you’ve already tried Avast’s VPN and you’re unhappy with it. If so, getting rid of the program will be a very straightforward process.

Start by clicking the windows start button. Then navigate to the Apps and Features menu. After that, select the Avast SecureLine VPN application. Then click uninstall. That should remove the program from your computer completely.

Can Avast hide my IP?

Yes, this is one of the main functions of a VPN. Your IP address will be hidden whenever you’re using Avast SecureLine VPN.

However, you should keep in mind that your IP address may not be hidden while using Avast antivirus. The company’s antivirus software won’t hide your IP on its own. You need to pay the additional monthly fee for the company’s VPN for that.

Both Norton and Avast make solid VPNs. You won’t really make a bad decision if you decide to pick either of them. But there are a few differences that are worth keeping in mind.

Avast VPN offers unlimited bandwidth and a week-long free trial. Norton’s VPN offers a 60-day refund period and ad tracker blocking. The company also has a no-logging policy. If these are things that you value, then Norton’s VPN could be a better option for you than Avast.