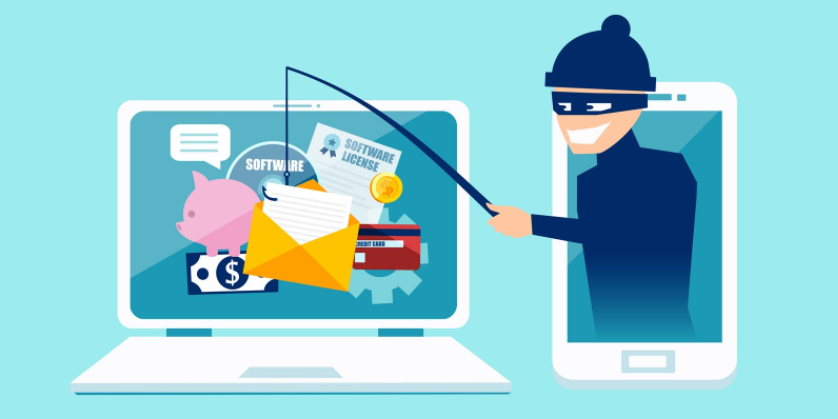 We are now familiar with an information age that is evolving every year with new trends, products and technological trajectories at an incredible pace. The world is replete with connected devices and telecommunications companies rushing to market and implement increasingly faster speeds: such as 5G. This means an increased need for safety in the private and public domain.

The utilization of ultra-high speed fiber optic internet and the rollout of blazingly quick mobile internet, once a pipe dream only a few years ago, is now commonplace. Remember, it was only 13 years ago that the world really started using high-speed internet as we know it (broadband). As for mobile internet, the revolution was 4G (LTE or 4th Generation) which was rolled out in 2009 -a drastic change to the internet landscape.

With these advancements, the entire tech industry changed. New generation smartphones started being released and high-speed paved the way to an IoT and app store craze. The release of the iPhone in 2007 was probably the biggest spark for the need to be connected.

With these advancements and vast interconnectivity, as in any industry sector that reaches increasing numbers of people, expands and diversifies, the side-effects and the flip side include some problems. Specifically in the case of public Wi-Fi, security issues and malicious entities are to be expected. To counter these problems, countless companies have come up with software such as safe browsers, anti-malware and Virtual Private Networks (VPN), to name only a few.

The mid-2000s public wi-fi (whether that be a cafe, on the street or in a hotel) was a far cry from today’s streamlined services. Most cities around the world only started to incorporate city-wide wireless somewhere towards the 2010s, again very recently. Free wi-fi only appeared later, as earlier variants required payment.

For example, India implemented city-wide wifi in 2004 in Mysore city, California a year later while London implemented it in 2012. From all of this, we can see that the modern interconnected world really is quite young and inexperienced. What does all of this mean for your privacy and internet security, though? What does this mean if you are travelling and connecting to public wi-fi at a hotel today, for example?

An Overview of Hotel Wi-FI

In the case of hotels, hotel wi-fi is expensive and the concept of free wi-fi at hotels has not been applied everywhere, although smaller and mid-size establishments do tend to offer free wi-fi. For large hotel chains, services like wi-fi, business center usage and telephone usage are still major profit producers (not forgetting the legendary mini-bar in every hotel room).

Hilton, for example, requires certain memberships to access ‘premium’ internet (but standard wi-fi is free). Intercontinental Hotels Group announced a different marketing scheme in 2013, which was that all ‘loyalty scheme’ members would have free wi-fi. They are the first global hotel chain to do so without forcing guests to apply for ‘Elite’ membership packages.

Wi-fi services aside, just like any open wi-fi structure, all hotel wi-fi signals are vulnerable to certain types of attacks such as spoofing and snooping. Large hotel groups have been at the mercy of hackers for a while now. Since hotels are the trademark of the hospitality industry, the rules on the internet safety and security of guests is a critical concern. Eleven, a guest wi-fi management software outlines their “5 F’s” for successful hotel wi-fi. The takeaways from the 5 F’s are;

We’ve heard of viruses, trojans, spyware and phishing, but what is snooping? Why does this matter when you are in your hotel room? Do you need to be concerned about hotel wi-fi and what steps should you take to ensure peace of mind?

Well, snooping is distinct from phishing and spoofing, although these neologisms do point to the same concern, which is someone that is infringing on your privacy on the internet in an unauthorized manner -hence ‘to snoop’ on someone. We could apply the blanket term ‘hacking’ to all of these, basically. Snooping, specifically, is also conducted legally by business organizations for non-malicious traffic analysis, but has over time received a malicious undertone thanks to thieves and spies. Thanks to Mediacom customer service, they provide secure connection and valuable service to every customer, avoiding invasion of privacy.

What You Need to Do Everytime You Stay at a Hotel

There are certain kinds of hacking that do not require you to be an IT mastermind, malicious or otherwise. Public hotel wi-fi is susceptible to snooping, and it is largely unknown that it is possible to simply download ‘sniffing’ software and snoop on someone on a hotel network. Hotels are a good target because of the amount of business individuals staying there which are an easy target. Some scenarios that can happen to you in a hotel are when a snooper can;

Bear in mind that, most websites today are not encrypted enough. Proper encryption will stop any snooping activity, but it is absolutely critical to confirm the level of encryption and hotels will usually not take responsibility for your ‘carelessness’. On the bright side though, here is a list of tried and true security steps you can take to ensure that no prying eyes ever reach your information;

The best way to describe the way you should conduct your internet safety is how The Guardian put it; goats and sheep. Sheep are good, uninformed people that give out a lot of trust while goats are the paranoid, informed bunch.

The Future of Hotel Wi-fi

More than half of all humanity is connected today. Of the approximately 5 billion people, 91% of all users are mobile users. Most people expect free-wifi now in order to get on with their daily activities, and paid internet is becoming a thing of the past because of the convenience of cheap, high-speed internet available everywhere.

The future should see increasing speeds, coupled with free internet. Hotels still need to find creative ways to engage with their customers online, while maintaining the Five F’s mentioned above. Most importantly, hotels need to gain back guests’ trust by training their IT personnel and catering to the needs of the informed IT traveller. Finally, remember to always be a goat.