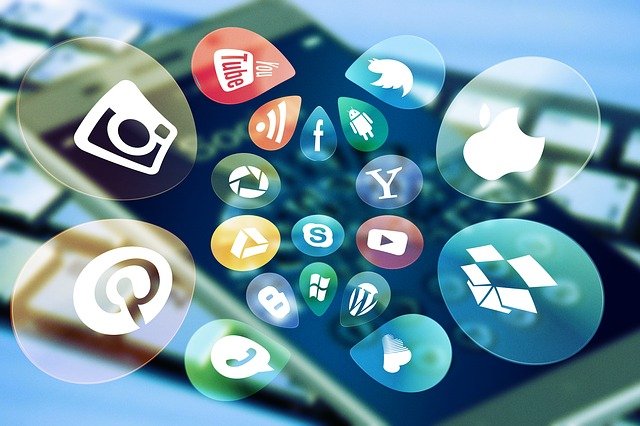 We can’t now imagine our everyday lives without using apps. They became our new normal and are constantly improving in usability and performance. The global mobile application market size was valued at $106.27 billion in 2018 and estimated to reach $407.31 billion by 2026.

With the rapid growth of technologies and differences in customer requests, developers are always looking for better and modern app development tools. Because of that, there is now a choice regarding the development path: developers can make two or more native applications for different platforms or one cross-platform app to reach the same number of users. And today we will explain the second approach and sort it all out for you.

Native apps are applications that were built exclusively for one platform – iOS or Android, for example. So the app that was created with native technology uses the specific programming language for a specific operating system – Swift and Java, respectfully. They are generally high performance and have a great user experience. But the code done for one platform cannot be reused for another, so you’ll need to hire a separate team for each application which is time-consuming and will cost a lot more.

What is a Cross-Platform App Development Framework?

Frameworks are a set of tools and libraries that developers use to build applications faster and easier. There are frameworks for web and native app development, but today we focus on cross-platform frameworks used to build native-like applications for multiple platforms. So a developer can write the code once and then run it anywhere.

You are able to work with one programming language, one technology stack and you don’t need to hire several teams to work on different platforms.

The developer doesn’t need to write code for each app separately. This speeds up the development process and saves time, which is beneficial for everyone.

Cross-platform frameworks significantly reduce not only the time but the cost of development as well.

With cross-platform development, it will be easier to get exposure to your target audience because you’ll be able to launch your app on multiple platforms, such as Android, IOS, Windows, etc.

React Native is one of the most popular cross-platform mobile app development frameworks. It was created by Facebook in 2015 as an open-source framework. React Native is based on JavaScript and is suitable for both Android and iOS operating systems but has the potential to expand to other platforms as well. It lets you create native apps without compromising users’ experiences and share code across iOS, Android, and the web.

Famous apps that use React Native

Flutter was created by Google in 2017. It is also a free open-source cross-platform development framework. Flutter is one of the youngest frameworks and unlike many others doesn’t use Javascript. Instead, Flutter developers have to know the Dart programming language. Its great feature is that it allows developers to modify their code and see the results in real-time, which makes cross-platform development more adaptable.

Famous apps that use Flutter

Xamarin is an open-sourced framework for building cross-platform apps released in 2011. It was based on the Mono project and has been owned by Microsoft since 2016. It is one of the most popular platforms for developing a cross-platform app and it uses C# programming language. It also allows creating reusable code which can be used for the development of apps on various platforms. Developers like the Xamarin Essentials feature that allows accessing device functionality, such as GPS in your projects.

Famous apps that use Xamarin

Ionic is an open-source framework that was released in 2013 under MIT license. It was created for building mobile and desktop apps using web technologies like HTML, CSS, JavaScript with integrations for popular web frameworks like Angular, React.

Famous apps that use Ionic

Adobe PhoneGap is a cross-platform mobile app development framework that was created by Nitobi and in 2011 purchased by Adobe. PhoneGap lets the developers build apps without having extensive knowledge about programming languages. With this framework, you can write an app using languages like JavaScript, CSS, HTML and then deploy it across multiple mobile devices and it will perform like a native app. The developer is experienced only in web development languages, no previous skills with mobile development are required.

Famous apps that use Adobe PhoneGap

Famous apps that use NativeScript

Cross-platform mobile app development has definitely become a great choice if you’re looking for code reusability, saving cost, quick and effective development. It has many advantages and is becoming more and more popular. And there are many reasons why. The most essential reason is that it allows you to launch your apps on multiple platforms in a short time, which helps to reach a wider audience. A developer doesn’t need to write the code for every platform separately. Cross-platform frameworks allow him to write code once and then run it anywhere.

When choosing the right cross-platform framework there is no silver bullet that will be suitable for everyone. Choose a framework based on your project requirements, technical skills, programming language, and platforms you want to use. This will allow you to have better results in the end and not waste both time and money.