The price of DDR4 memory slats is still very high. Therefore, you want to make sure you choose the best DDR4 ram the first time. This is especially true for any gamers that are looking for DDR4 RAM for gaming.

What is DDR4 RAM? How Popular is it?

DDR4 is the fourth generation. Sales volumes exceeded their predecessor only in 2017, although such levels appeared a few years earlier. Types differ from each other both externally (physically, the novelty is slightly wider), and in terms of characteristics.

The number of banks is doubled and reaches 16, which allowed increasing the speed of the external data bus. Thanks to the parity check mechanism, the reliability of the memory module is improved. Operating voltage reduced to 1.2 V.

The difference is significant: even the weakest models have higher memory frequencies, bus frequencies, and peak data transfer speeds. It should be noted that almost all other characteristics are better. You can read more about the main features of the RAM in this article.

There are no unique differences in parameters between DIMM for desktop computers and SO ‐ DIMM for laptops for both types of RAM – the difference is only in physical dimensions and the number of connections on the bus. It is worth noting that, due to its compact dimensions, the RAM for a laptop is usually more expensive.

The price of DDR4 memory slats is still very high, even though over the past few months, it has already fallen slightly, but if you have a sufficient budget, there is almost no reason to use DDR3.

You will need DDR3 if you want to build or upgrade a computer with a processor on an AM3 + or Intel Haswell socket. New processor architectures from Intel Skylake and Kaby Lake will work better with DDR4.

If you need DDR4 memory for Intel SkyLake or Kaby Lake processors and you don’t want to spend a lot of money on top-end memory, then Crucial Ballistix Sport can do just fine. She is one of the most affordable. You can choose a bar in size from 4 to 32 GB. And you will not notice a big difference in performance between this and other, more expensive models.

This is one of Kingston’s top memory slats. It works a little faster than other DDR4 trims, but it also costs more. Here the delays are slightly lower than that of the same Crucial Ballistix Sport, and there is a 64 GB version, but you are unlikely to feel a big difference.

Corsair Vengeance LPX memory sticks are some of the most popular on the market among DDR4 models. The memory is made beautifully, with additional radiators for heat dissipation, but is quite expensive.

It is much more expensive than other trims. But you get the excellent speed and overclocking support.

This is one of the most recommended memory bars among overclockers and gamers. This RAM will cost more than Crucial or Kingston, but not in vain, many experienced users recommend it.

The memory comes in various configurations, with different sizes and volumes. You can choose from 8 to 32 GB with frequencies of 2133 – 3200 MHz. Regarding the design, you can choose one of the colors: red, white and black.

This memory is not as popular as Kingston or Corsair, but it has excellent characteristics and is affordable for budget models.

There are no strips of enormous size, you can choose only from 4-16 GB, but for most users, this will be quite enough.

Another feature of this memory is its design, and the bar has a stunning appearance.

Patriot memory has been around for quite some time, but it has not become as popular as other brands. But it is available at a fairly low price.

If you trust a brand that has not yet received due attention, you can save a little and not lose in performance, especially since the difference in RAM performance is almost invisible.

The memory is available on 8, 16, and 32 GB and in three different colors: red, blue and gray. 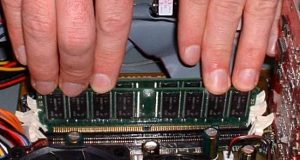 Another important advantage of DDR4 memory is its increased energy efficiency. For example, DDR3 memory as a standard requires voltages in the range of 1.5 to 1.

975 volts. The energy-efficient version (DDR3L) requires up to 1.35 volts. At the same time, DDR4 will be enough 1.2 volts, but there is also a more economical option, which needs only 1.05 volts.

In other words, DDR4 provides higher data rates at lower power consumption levels, which, of course, makes it an ideal choice for all types of mobile devices. Increased efficiency is also a guarantee of more excellent stability of the computer system used for overclocking.

Finally, DDR4 raises the bar in another way – the maximum amount of memory that can be installed on one motherboard. For DDR3, the maximum ceiling (theoretically) is 128 GB, while for DDR4, it is four times higher – 512 GB.

All these advantages are simply the result of comparing the technical characteristics of both types of RAM. And what does practice show? Now, DDR4 is officially supported by a relatively narrow range of processors, namely the Haswell-E family from Intel and the latest generation of Skylake chips from the same manufacturer.

Despite numerous improvements in processor-dependent applications and tasks, practical tests show that most modern software is not ready to take full advantage of DDR4. For example, tests conducted by the Anandtech website show that when using the same processor (Skylake i7-6700K).

In operational applications such as archiving large amounts of data, DDR4 again shows excellence, but at the moment, it is not so convincing. Like any new technology, DDR4 takes time to establish itself in the market. Accordingly, the software during this time will have to “learn” to use the innovations offered by the new memory.

However, at the moment, high hopes for the future of DDR4 are associated not so much with desktop PCs as with laptops, tablets, and smartphones of the next generation, since for them, increased bandwidth with lower power consumption will be more than ever useful.

The DDR4 standard in practice does not have a working frequency ceiling – at least so far, no manufacturer has been able to achieve it. As soon as someone releases a memory with a record clock speed, almost immediately, another competitor offers an even faster solution. Sometimes it even comes to absurd cases – for example, recently G.

Of course, at the moment, there is not a single computer (except for highly loaded server systems) that may require such a large amount of memory.

Still, in the coming years, with the mass distribution of technologies such as virtual and augmented reality or self-learning software modules like Siri and Cortana, these are may become the norm.

Do not forget that some ten years ago, RAM volumes like 16-32 GB also seemed to us something unthinkable.

A logical question may arise: is the part suitable if you buy the wrong type of RAM? Unfortunately no. Even purely physical: the keys on the bracket and slot for both types of memory are located in different places, so it is impossible to insert the wrong module without making the significant physical effort.

Naturally, if you are planning an upgrade and are not sure what type of RAM is used on your computer, you will need to find out somehow. There are several options:

And if you are going to sculpt your own workable computer from a pile of parts, I recommend reading about all the connectors on the motherboard – although they are different and completely different, you just need to know which one and what it is used for.

Of the recommendations today, only one will sound – take DDR4 RAM, and preferably two at once, with a ready-made set to activate the dual-channel mode.

As for the manufacturers and specific models, I will not give any advice, so as not to be accused of bias or dishonesty (the fact that I regularly recall DDR4 is not advertising).