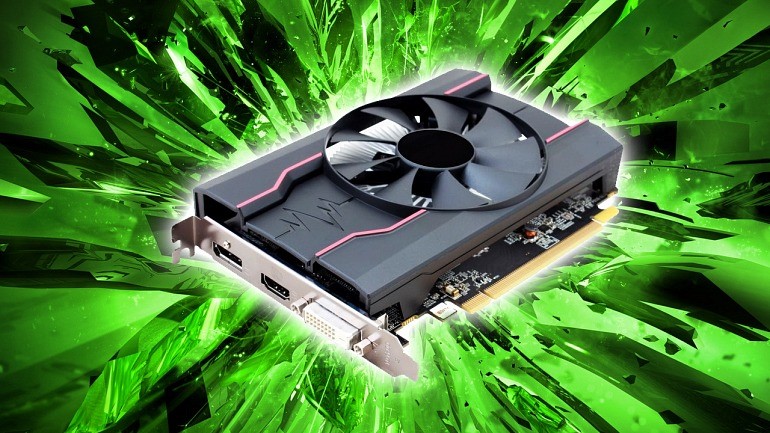 This special post today we focus on those options closest to the budget limit and those graphics designed to replace others of the same price range belonging to a previous generation, leaving aside the sector of the population of less affluent PC players. This special is aimed at them, and we will look for what will be the best graphics card under 100 dollars.

What will we ask for a graphics card under 100 dollars?

Although in our previous special we choose the price limit based on the starting price of the most popular mid-range graph, for this occasion the limit is defined as a result of what corresponds to the start of the mid-range itself, that is, We are talking about graphics that are not designed to play expressly, if not to offer a good multimedia experience.

Despite this, we have valued the members of this list for their ability to play light titles, especially popular F2P games, indies or games with few resources and old games, that work well in these titles will be our main requirement and How to determine your recommendation. Unlike our latest special, we will not take into account some models of the second-hand market.

These types of graphics are especially striking for PC players with old equipment that do not give enough performance to play these titles and require a graphic update, but also for small entertainment stations.

Our recommended 3 best graphics card under 100

The best dedicated graphic for under 100 dollars When we check the graphs of the current market that we can acquire for under 100 dollars we see that our options are very limited, but within those options, the most capable and the best performance can offer us is the modest RX 550 of AMD.

This graphic launched in 2017 is a relaunch based on the RX 450 to which some extra power has been added. Although it still has the same amount of VRAM (a limited 2GB) and the same consumption, this small component can give a good performance at 1080p in medium and low qualities even in current titles and will delight those more modest or more equipment years behind him. Although it may seem strange the appearance of a graphic integrated in a list of recommendations, taking into account the limited budget nature of this special and our good taste with this small processor, we have thought it consistent to name it in this list.

The integrated graphics processor within the R3 2200G is eight cores based on AMD Vega architecture designed to overcome the integrated solutions that we could find to date, although they do not have dedicated memory (It uses part of the available for the processor) and its power is limited, the Vega cores of the R3 2200G can with light titles at resolutions 720p or 1080p in low qualities in relatively new titles, an impressive milestone for an integrated GPU, at a more attractive price than its older brother: the R5 2400G and its successors of the 3000 series. The GT 1030 has monopolized since its launch in 2016 our attention in the low range and input for its unprecedented power for a card of its characteristics. Not surprisingly, it replaces the company’s GT 730 in a range in which Nvidia has not released cards since 2014.

However, this small and capable graphics not long ago received a version with slow DDR4 memories instead of GDDR5, faster and more expensive, which greatly diminished the performance of the GT 1030. Luckily, manufacturers began to differentiate both models and It is now relatively easy to find GT 1030 with GDDR5 again at an affordable price, which puts it back in a privileged position on this list.

The numbers of the recommended graphs

The graphics of this special are of a humble profile in both capacities and price. Due to their characteristics, they are designed for games that do not require a lot of resources or with a few years behind them, so the list of titles in this special is something different from what we are used to in other 3D Games specials.

Among all the participants, the RX 550 exceeds as the option of greater power, capable of dealing with newer titles with greater ease and easily overcome the rest of the available options. Of these, GT 1030 stands out and the huge difference between the original model (GDDR5) and the current one (DDR4). Vega 11 (R5 2400G) has a better result than Vega 8 (R3 2200G), but the price of the latter is much more attractive.

And here we conclude our special article on graphics card under 100 dollars, a list with several interesting options for those willing to get one of these small and powerful cards. Also, it is a list of the most delicate balance between price and performance for players looking for an economical graphics card.