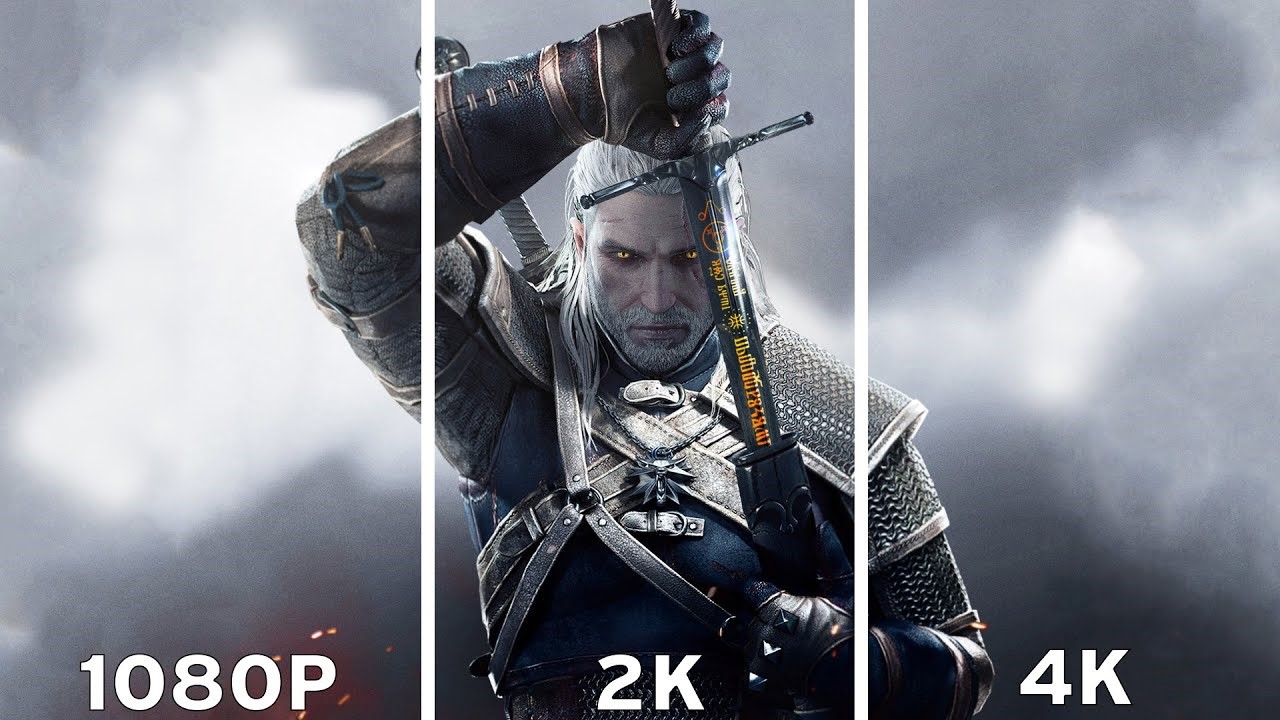 Display resolution is the visual ability of a monitor; the maximum number of pixels a screen can display on each dimension. It is expressed as a number, such as 1920 x 1080, meaning that the screen can display up to 1,920 horizontally, and up to 1,080 vertically.

As a rule of thumb, the best resolution for gaming is 1920 x 1080 pixels (Full HD). In addition, the ideal screen resolution should be a 1080p, especially for competitive gaming applications. 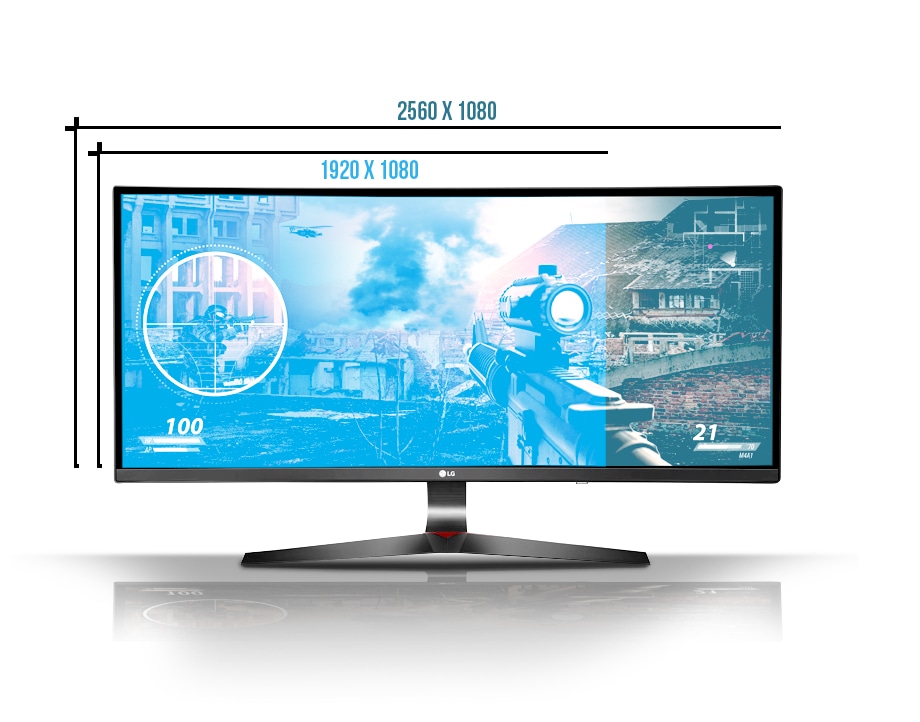 It is a great choice for gamers who prioritize performance over visuals. It is also a perfect choice if you are working on a tight budget.

The more pixels a screen can display, the sharper and more detailed the picture graphics it can show. This means that the higher the display resolution, the better a monitor is for gaming applications. Especially if you love playing racing games, the first thing to check while investing in gaming monitors is resolution.  You can also check out our top recommended sim racing gaming monitors.

While this is the case, the best resolution for a gaming monitor depends on several other aspects as you will learn later in this guide.

The guide will also help you choose the right gaming monitor resolution depending on your gaming platform or device.

Although higher resolution gaming displays offer better picture quality (which you will need when playing online games, on safe roulette sites, they are not always the best. Rather than just opting for the highest resolution monitor you can find, there are several other aspects you need to consider, including:

What type of device, and operating system will the gaming monitor be connected to? There are display resolutions that are best suited for Web gaming, iOS, gaming consoles, Desktop, as well as Android gaming devices.

In this regard, you need to consider the resolution range your device is designed to support.

While resolution entails the look, and how well realistic the concept is visualized, fidelity is essentially about the level of details solved. You may think of a gaming monitor fidelity as the combination of the detail, framerate, and resolution it has to offer.

Different genres of games have varying requirements when it comes to gaming display resolution. For example, a high-speed competitive FPS game will require a higher-resolution monitor, while a lower resolution monitor will do for a puzzle-type game.

The resolution of a gaming monitor is the maximum number of pixels it can display in each dimension. A higher resolution monitor will make your game images appear more accurate, and detailed. This will, in turn, result in a nicer, and more realistic gaming experience.

The Frames per Second (FPS), on the other hand, is the number of image frames the monitor can display per second. A higher FPS makes the transition from one image frame to another appear smoother, resulting in a more realistic gaming experience. 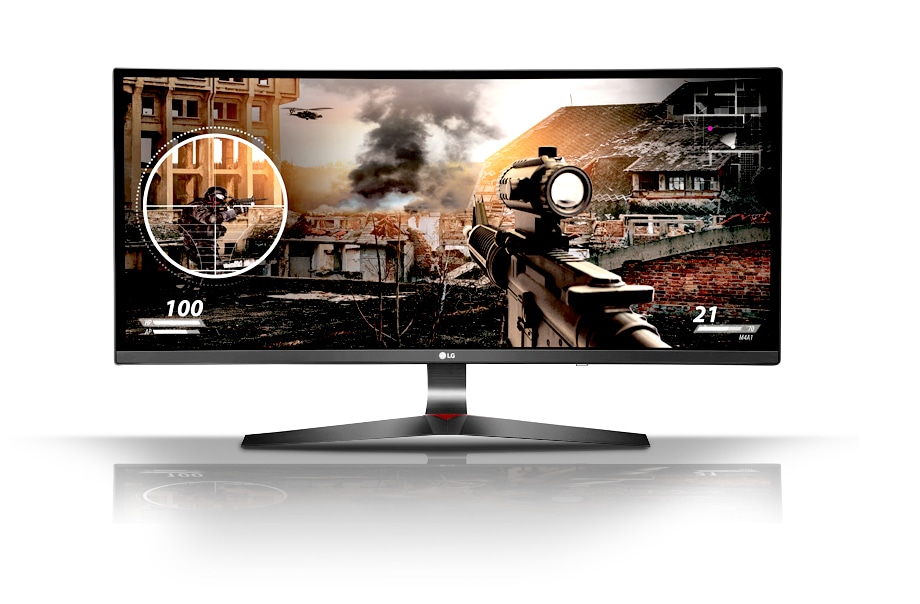 As mentioned earlier, your choice of the best gaming monitor display resolution should be influenced by the gaming device you use. Even with a vast array of 2K, 4K, and even 8K gaming monitors to choose from, you should go for a display that is supported by your device.

Discussed below are some of the best gaming monitor resolution options depending on the gaming device:

The Best Resolution for a Gaming PS4 Display

In addition to the resolution, the best monitor for a gaming console will depend on several other things. While shopping for the right display, you need to consider the type of games you will be playing, the type of console, as well as your budget.

To choose the best gaming monitor resolution for your PS4 device, here some of the important things you need to consider:

To get clear images from your gaming console, it is advisable to go for a monitor with a 1080p resolution or better. As a rule of thumb, you should never go for anything lower than 1920 x 1080 pixels (Full HD). A considerable number of competitive gamers prefer 1080p displays as they are less demanding on the console.

If you prefer a display that delivers better graphical quality, you can go for the Quad HD (QHD), 1440p, or 4K (2160p) PS4 gaming monitors. For the best resolution, you may also go for the Ultra HD 4K—which is the highest resolution offered by mainstream displays for PS4 consoles. 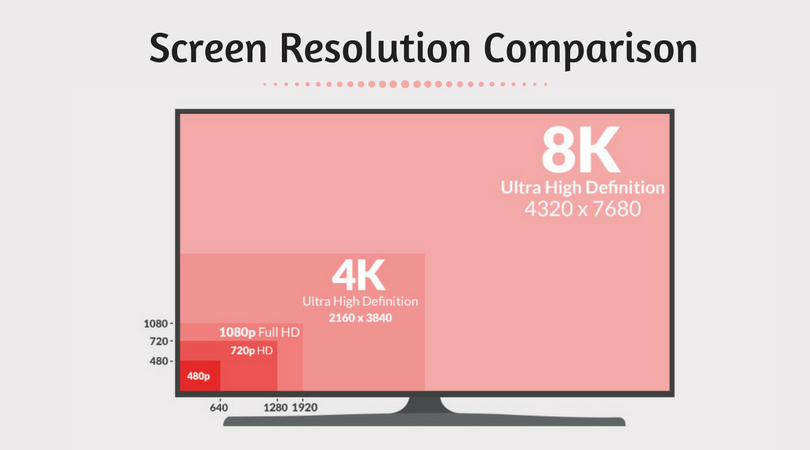 Such a display will have a resolution of up to 3840 x 2160 pixels. While the 4K displays are more demanding on the hardware resources, they are known to deliver outstanding image quality.

The monitor refresh rate is crucial if you will be playing a racing, fighter, or first-person shooter game on your gaming console. A faster refresh rate allows the display to keep up with the fastest movements in such games.

For the more competitive games, such as Battlefield, Call of Duty, and FIFA, your monitor needs to have a refresh rate of at least 60Hz. Both the PS4, and Xbox One consoles max out at about 60 frames per second, and a vast majority of their games are locked at 30Hz. However, Xbox One S and Xbox One X console users can now enjoy faster refresh rates of up to 120Hz.

While this is the case, the Xbox One X features HDMI 2.0 connectivity, which does not support the transfer of 120Hz in 4K. In such a case, the best display would be a 1440p monitor with a faster refresh rate.

You also need to consider the display connectivity options offered by your gaming console. Both the PS4 Pro and the Xbox One X consoles are 4K-capable. However, you should get a monitor with HDMI 2.0 or later version for seamless console-monitor connectivity.

To get more vivid, life-like images from your console, you should also consider getting a gaming monitor that features High Dynamic Range (HDR). In this regard, both the Xbox One (S and X) and PlayStation 4 (Slim and Pro) consoles support HDR10.

The Best Resolution for Gaming on TV

Provided you opt for the right resolution, a TV is a great display option for big-screen PC gaming. As a matter of fact, the leading 4K TV models are known to rival some of the best gaming monitors, with regards to image quality, and fidelity. 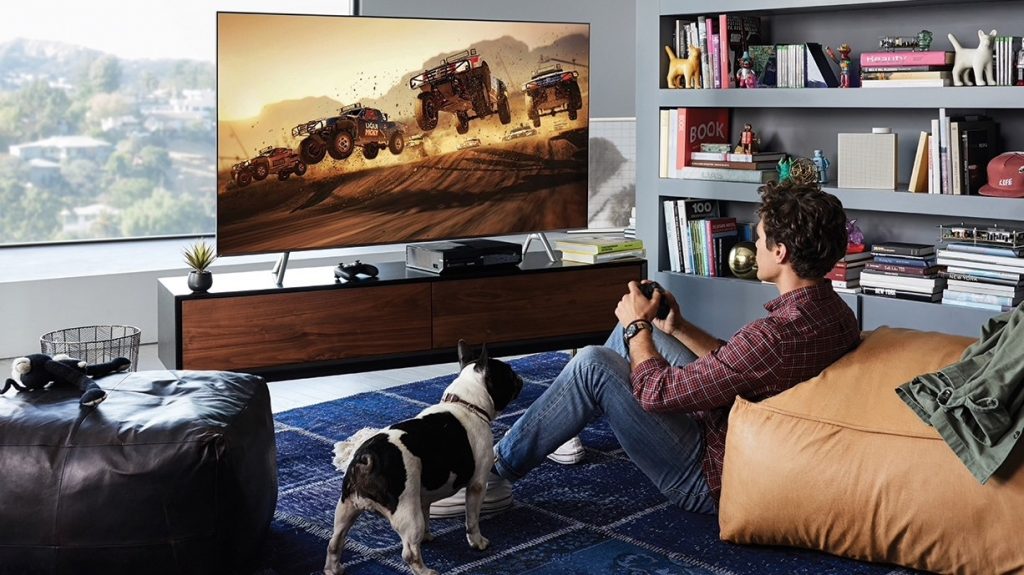 As compared to gaming monitors, gaming TVs have several benefits to offer. For instance, the best gaming TV models with a refresh rate of 120Hz, and high-quality HDR tend to deliver brighter images. Again, gaming TVs will offer you a bigger panel when compared to conventional gaming monitors of similar specifications.

Even so, not all TVs are suited for gaming applications. In this regard, it is important to choose the right resolution for your gaming TV, as discussed below:

Both the Xbox One X and PS4 gaming consoles feature support for 4K gaming TVs. However, most of the games you can play on these consoles are capped at 1080p. This being the case, a 4K TV would be a great choice for models larger than 45”.

While 4K is a measure of resolution, HDR is a measure of contrast. The HDR technology is designed to deliver images with bright whites, dark blacks, and well-defined details. The effects of this technology are noticeable on any TV screen size.

You will also be glad to learn that the Xbox One X and Xbox One S consoles support HDR technology. If budget is not a concern, a 4K HDR-capable TV would be a great gaming display. Here are other Resolution options you should consider for gaming on TV:

These are designed to display images at a resolution of up to 3840 x 2160 pixels, on a 16:9 ultra-high definition (UHD) viewing area. 4K UHD gaming TVs offer some of the clearest, and most reliable gaming images possible.

With such a display, you will be able to play games natively at 4K UHD on consoles like Xbox One X. You will also be able to watch Ultra HD Blu-ray movies, at a stunning visual fidelity on both Xbox One X and Xbox One S consoles.

The leading 1440p gaming TV display models will offer you a resolution of about 2560 x 1440 pixels, with a 16:9 high definition (HD) viewing area. The 1440p resolution is one of the most popular options for gaming applications and is often referred to as ‘Quad HD’ resolution.

If you have an Xbox One X or Xbox One S gaming console, you should get a 1440p gaming TV display that supports 120Hz over HDMI. This allows you to choose a higher refresh rate for your games.

Most of the leading 1080p gaming TVs deliver a resolution of 1920 x 1080 pixels. It is one of the most preferred gaming displays for competitive gaming. It is best suited for use with such gaming consoles as the Xbox One X.

The Best Resolution for Gaming on Laptop

Although a good number of gamers still prefer using desktop gaming computers, there are still those that appreciate the portability of a gaming laptop. In addition to the GPU and screen size, the resolution is another aspect you need to consider while shopping for the right gaming laptop display.

It is advisable to choose a resolution option that allows for optimal performance with the GPU you have on the laptop. In this regard, a 1920 x 1080 pixel display on a 17.3″ screen will suffice for most of the computer games you will come across.

There are several other things you need to factor into your choice of the best gaming laptop screen resolution, as follows:

2160p gaming laptop resolution screens will offer you the best visuals. However, fewer laptop GPUs can support such a display, while maintaining acceptable performance. Even so, it is still the best gaming resolution for laptops, if you can afford it and your GPU can support it.

1440p monitors (also referred to as QHD displays) are of extremely high resolution, in between the resolution offered by 4K, and Full HD. Although they are a preferred choice by many gamers, 1440p gaming displays are not as ubiquitous as the  1080p or 4K gaming displays.

So, how do the three different resolution options compare for various gaming applications?

This is one of the most preferred gaming display configurations today, especially for competitive gaming. Some of the leading computer games like Fortnite, PUBG, and League of Legends are competitive eSports games.

The image quality for such games will not improve if played at a higher resolution. This makes 1080p the ideal screen resolution for such games. If you need a display for competitive gaming, just get a 1080p resolution monitor that features higher refresh rate panels.

This, combined with such features as G-Sync or FreeSync compatibility, allows for smoother gameplay.

Other computer games, such as Rise of the Tomb Raider, Skyrim, Cry 5, and Dishonored are known to have better visuals. These games are as much about the environment and storyline as they are about the gameplay. As such, using more detailed graphics will make them feel a lot more immersive.

A higher resolution gaming monitor, such as the best 4K, and 1440p will come in handy for such games. Since these games are not as competitive as the eSports titles, you will not require a higher frame rate to get the best gaming experience.

Similarly, getting a 4K or 1140p gaming monitor that features G-Sync/FreeSync will improve the immersive nature. The display will make all your in-game movements feel more realistic and smooth.

The best gaming monitor resolution will depend on your budget, the type of games you will be playing, and the gaming device you will be connecting it to. Additionally, you also need to worry about such things as the refresh rate (FPS).

As a competitive player, a 1080P display will suffice. For such an application, you also need to get a monitor with a higher refresh rate in order to reduce the input lag. 1440p resolution monitors offer the perfect balance between visual quality, and performance.