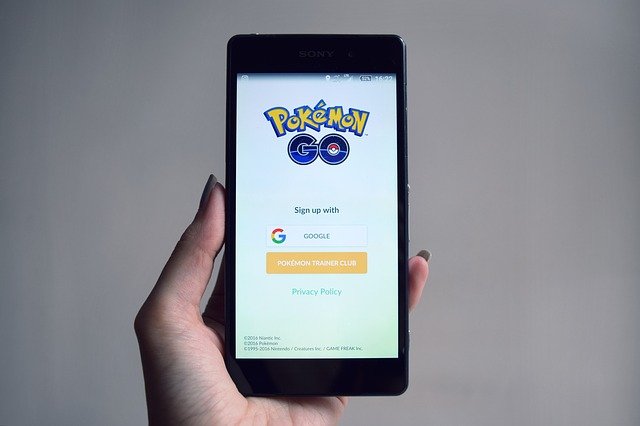 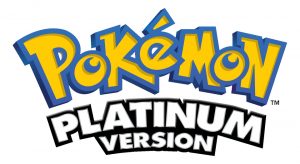 To be successful in the immensely popular Pokémon Platinum, you need to build a balanced team consisting of tactical Pokémon. You need to understand which ones are the best for the team. Also, you need to know how to build the best team.

For Pokémon fans, Pokémon Platinum has been a great game for trainers, toughening up by battling at the best gyms and the Elite 4 Pokémon trainers that you might encounter during the game. As per the Pokémon Platinum status quo, each trainer at the gym has a Pokémon with unique traits that require a specific type to defeat each time.

To defeat them all, you will need the best team for Pokémon Platinum, consisting of balanced team members. Collectively, these Pokémon, who specialize in various areas, can defeat a plethora of other Pokémon types in the game. To create a balanced team, here are the best Pokémon that we suggest.

Choosing Among the Starters

In Pokemon Platinum, you start by choosing among the three options available for a trainer’s journey. The choice you make will determine the probability of a successful team ahead in the game. It will also clarify how you will create the remaining team of Pokémon.

The three initial choices you have are – the grass-based Turtwig, the fire-based Chimchar, and the water-based Piplup.

Here is a quick insight into these three.

Turtwig – This Pokémon has a great combination of attack and defense, which is excellent while battling against all the gym leaders in Pokémon Platinum. If you do not want to strategize your moves too much, this could be a great choice to start the game. The only weakness it possesses is that it is slower than the other two options.

Chimchar – Chimchars are aggressive towards most gym trainers, and their fire-based attacks can be worth using to ensure serious attack power. Plus, you will notice that Pokémon Platinum has fewer fire types available during the game. So, it could be an excellent choice to start the game with this one. That way, you will not have to keep searching for a fire-type Pokémon for your team.

Piplup – This is a hybrid Pokémon giving you powers of both steel and water types. You can teach it ice moves to face enemies with a potent offense.  It has some of the most powerful actions, and they only get better as it evolves further. Most beginners start with this one, so you might want to do it too.

After you have decided among the above three, you can choose the rest for your team. Here are some recommendations to create a balanced team.

This Pokémon is a badass ape-like creature that you can evolve by leveling up a Chimchar if you choose it at the start of the game. Infernapes are hybrid types with fire and fighting attacks that will devastate your foes quickly. With powerful attacks like the Mach Punch, Flare Blitz, and Flame Wheel, your opponent will be left to roast, giving you an easy win. Infernapes do their best in close combat situations, so you better understand ranged attacks coming your way.

This grass-cum-poison type of Pokémon has excellent offense and defense attacks. Please don’t go on its cute and flower-based looks, as it is a great asset to the team when fighting against water, ground, and rock Pokémon. Make sure to deselect it against fire and flying type, though. Rosarade’s Giga Drain, Leach Seed, and Sludge bomb are some of the moves you can use during a battle against powerful opponents.

If you are interested in a speedy Pokémon, Staraptor can be an ideal choice. It’s like the classic Pidgeot that you might have seen in the first-generation Pokémon. But, Staraptor packs better abilities, move sets, and overall stats. With its powerful aerial combo attacks, you can have the upper hand against most types. It does feel trouble fighting ice, electric, and rock type Pokémon, so make sure to switch it whenever encountering them.

Yes, it looks like a slug, and most players might even ignore adding it to the team. But, Gastrodon can stick in a fight like a solid wall and stay longer than most Pokémon. Its impressive HP, Ice beam, and surf attacks are worth adding this type to the team. You will find it is a great defender and attacker, letting your opponent feel withered by your powerful and long-lasting moves. Use its sticky hold and storm drain attacks to leech out the HP from your foes to keep your Pokémon standing till the end of a battle.

No team is complete without a psychic companion. That’s why Bronzong is a good choice to defend and fight in battle. It can perform stealth attacks as it can levitate in the air. This lets it hit your opponents without them knowing, which often results in critical hits. Bronzong’s psychic and steel abilities are great for creating flexible attack and defense combos against powerful enemies. You may not start with Bronzong, as you get it later after evolving from Bronzor. So, make sure to use it well for achieving that form.

It will be worth it if you find this ground/dragon type Pokemon. Gible might be a cute little creature initially, but wait till it evolves to its final form later when you keep leveling it up. Your goal should be to Garchomp, Gible’s final evolving stage. It might be hard to find one, but if you can look for Pokemon Platinum guides and tutorials, you might be able to find one in the game at an early stage.

All Pokémon Types For The Best Team For Pokémon Platinum 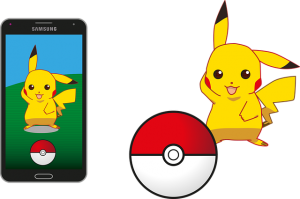 As mentioned earlier, to build the best team in Pokémon Platinum, you need to form a balanced group of various types. That way, you will have an effective bunch of creatures ready at your disposal. If you keep catching and training the same kind of Pokémon, you might not survive against certain classes during battles.

Thus, building a team comprising strong and distinct types or classes will ensure better chances of defeating your enemies.  Here are the types you need to choose from.

This type is one of the most effective classes in the game. They are mostly weak against Ground-type. But, against others like Dragon and Grass, you will find them quite persistent. They also possess various moves, which you can teach them as you progress with their training.

You might try to locate a Shrinx, which later evolves to Luxray – an impressive electric-type Pokémon. Their attacks are quite powerful, which ensures great value to the team. You can also choose Raichu or Electrivire if you do not like Luxray. The idea is to get an electric type in your team so that you can use some of the best electric moves like Thunder Fang, Thunderbolt, and Thunder.

Unless your opponent is a Grass or Electric-type, Water class is the way to defend against your foes, although their ice moves are super effective against Dragon, Grass, and Electric types. Adding a water type to your team is essential as they are quite resourceful for traveling over water bodies once they learn Surf move.

Some water-type Pokémon that you can acquire are Floatzel, Vaporeon, Gyarados. You can get these at later stages after evolving from their lower counterparts. Powerful attacks like Hydro Pump need to be a part of your team to fight off enemies.

These types might be rare, but that makes them more beneficial for the team. It might be hard to locate them, but once they are part of your team, you can use their special attacks to your advantage. A good choice Gengar or Alakazam that are both dark and psychic to ensure a strong team. You can add other psychic types to your team are Hypno, Gallade, Espeon, and Metagross. Please choose any of these to make them a part of your team. Their abilities work the best against Bug, Dark, Poison, and Psychic types.

Your team needs to have either one or more from these classes as well. Their melee attacks are quite powerful. They also possess flexible moves. You can also try finding hybrid Pokemon that comprise one or more of these classes to ensure a higher probability of winning. Their powerful moves are great against most gym trainers. Try finding Lucario, but you will need to visit Iron Island to get one of these.

These might be weak against some types, but their moves are quite powerful at damaging their opponents for longer durations. Pokemon like Torterra or Roserade are great as they can learn Poison attacks for helping in battle. Other choices that you might like are Venusaur, Carnivin, and Tropius. Use them for their high-end attacks like Energy Ball, Leaf Blade, and Giga Drain.

Fire types are rare in Pokemon Platinum, which makes it even more important to make them a part of your team. The game gives you the choice of starting with a Chimchar. But, you can find other fire types in-game. One such is Rapidash, which is a great choice for its speedy fire attacks. It might be slower than flying types, but you can get it early in the game if you do not choose Chimchar.

You should also keep a lookout for Moltres, the legendary fire-type Pokemon. You will find its flying- and fire-abilities great for the team. Another choice in the game that you can find is Eevee, which can be evolved to Fire, Water, Ice, Dark, Grass, or Psychic if you fulfill the evolution conditions. If you cannot find a fire type, you can always replace it with a Fighting-type to make a strong team.