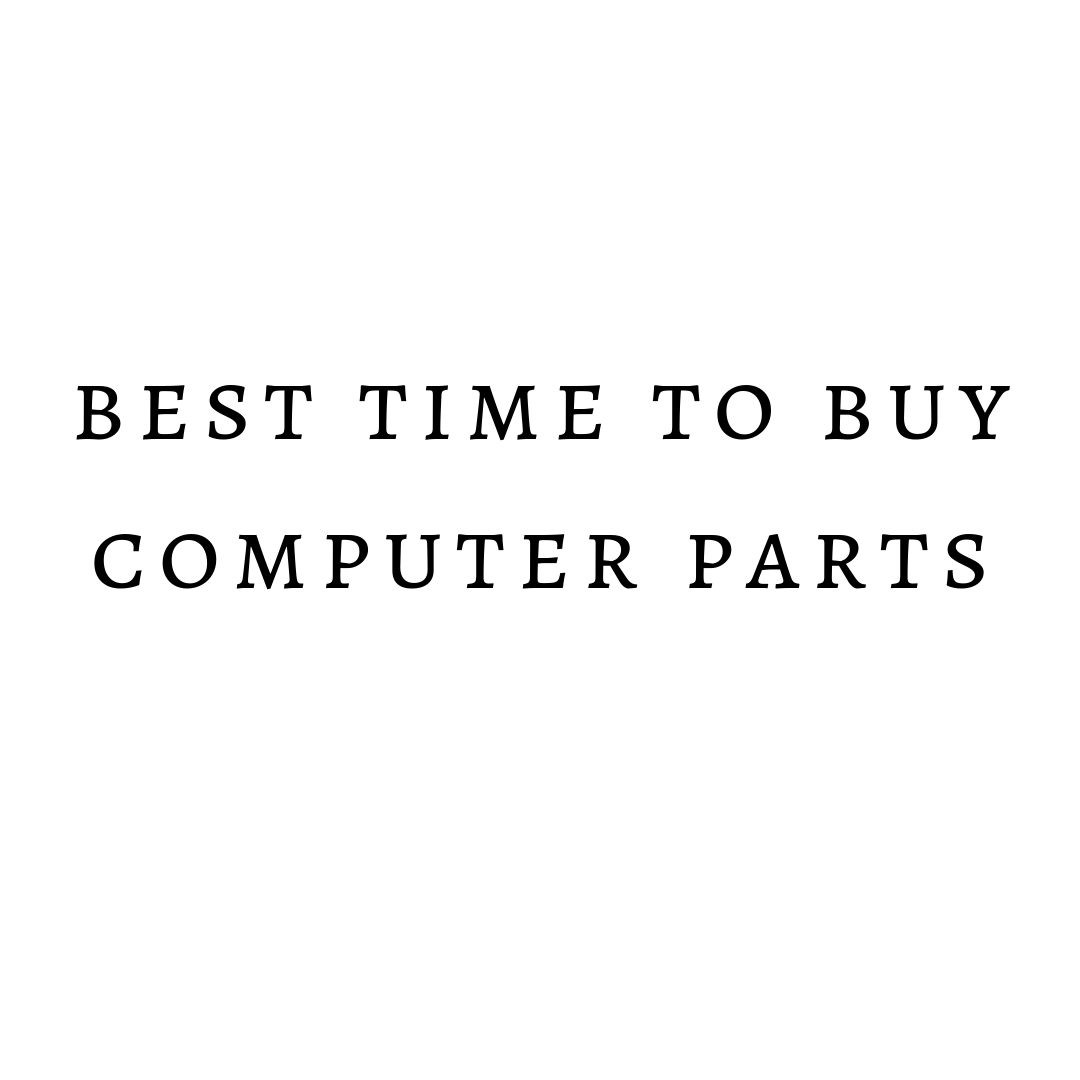 When we are going to buy a computer for parts, regardless of whether we are going to assemble it or not, we usually inform ourselves during weeks about what are the best components, the best prices, and if new models will come out in the short term. In addition to the brands whose components we are going to buy, looking for the best time to buy computer parts is key if we want to use our money efficiently. With processors and graphics cards, the generations do not usually last more than a year or a year and a half at most, and then they are products that are frequently updated. An NVIDIA graphics card, for example the GTX 970, came out at 400 dollars at the end of 2014, and its price has not dropped from there until the GTX 1060 has come out. Then in this case the best time to buy computer parts at the time of exit.

Other graphics cards do lower in price, as is the case with AMD, but not too much to represent savings. In the end, what you have to observe especially is the time it takes a model in the market, and when it will be replaced.

What Is AMD GPU Scaling In The Settings for an AMD Graphics Driver? This happens because the CPU and GPU market is very inelastic, since there are few brands that compete with each other, they can afford these prices, because consumers are going to buy them the same. In addition, it is increasingly difficult for CPUs to obtain great performance improvements, due to the difficulty of reducing chip sizes in recent years.

With regard to storage, the price of SSDs does not stop plummeting, due to improvements in technology and the great competition in this sector, so if you buy one, it is likely that  the next year and a half already for the same thing you paid you can buy an SSD of double capacity.

Despite this, at some point you will have to buy an SSD if you want to add one to your computer, so even though this is the fastest component to be devalued, currently buy a 250GB one for about 60 -70 dollars is a great purchase, although at the end of next year that will be the price that will have an SSD of 500 GB.

RAM is a separate case, since its price varies very little over the years, and depends on production factors. In 2013 there was a fire in Taiwan that triggered the price of RAM modules, because there was a shortage of chips.

With the introduction of DDR4 RAM, DDR3 prices have hardly changed. If anything, some have decreased by 20-30%, since DDR4 memory completely replaces DDR3. Although it has no apparent performance gains, the high frequencies it offers with respect to DDR3 and improved bandwidth will be appreciated in the coming years.

The motherboards maintain a constant price as new processors come out, and they add features and compatibility as they progress. Buying a motherboard is linked to buying a processor, so if you buy a processor at a suitable time, you will also do it with a motherboard.

The power supplies are updated maintaining the price with respect to the previous model, and only change components internally, without the functionalities being affected, beyond a slight improvement in efficiency.

Finally, the rest of the components also maintain their price, such as heatsinks and boxes, since a new model does not change just anything compared to the previous one. In fact, the best-selling heatsink today, the Hyper 212 EVO went on sale in 2010 for the same price as today. The boxes vary very little in their design, although nowadays we see fewer and fewer boxes with holes for DVD or Blu-Ray drives, or just a couple of slots for hard drives, and many for SSD.

If it goes out and you want it, buy it

In summary, the best time to buy computer parts (except SSD) is at the time of their departure , since the price remains practically constant until new models come out, and the saving of waiting for time will not be significant . In the case of not wanting the last model when it comes out, it is also a good option to resort to the previous generation model in the event that it has suffered a substantial reduction.