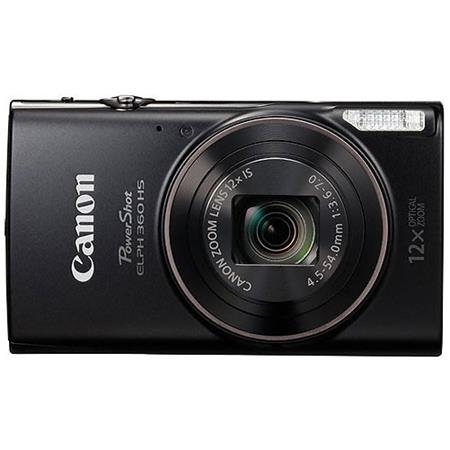 You don’t have to be a professional photographer to know that Canon and Nikon are two of the most popular camera makers out there. With so many cameras to choose from, it can be hard decide which camera is best for you if you aren’t familiar with all of the terminology.

This comes down to the fact that the Nikon D3500 has much faster image processors than the Canon 1500D. If a camera has a faster computer system running its sensor, its able to use that sensor more much effectively.

Autofocus is becoming more and more advanced as the years go on. It used to be that a camera simply had autofocus or not. Now, with technology becoming so advanced, there are several different types of autofocus systems. Each of these systems have varying levels of performance.

Both of these cameras have 24 megapixel APS-C CMOS sensors. When it comes to continuous shooting speed, though, the Nikon D3500 camera is able to shoot up to 5 full-resolution frames per second. In comparison, the Canon 1500 / T7 can only do 3 frames per second.

So, there is a clear advantage for the D3500 in this regard. This is because the image processing chips in the D3500 camera are much more powerful than the processors found in the Canon 1500D / T7.

Back in the day, what processor, how much ram, or what wireless connectivity options a camera had was of little-to-no consequence. Due to the unrelenting progression of technology, however, camera control boards and processors are struggling to keep up with the ever-increasing computational needs of today’s high-end camera sensors.

I think its clear that the winner here is the Nikon D3500. Triple the amount of battery life is a really big deal.

Compared to the Nikon D3500, however, the Canon 1500D has a better hand grip. Also, the controls are nicely placed on the right-hand side. That makes using this camera a lot less less complicated. It’s important to take into consideration the fact that if you are already using a Nikon DSLR camera, you might find the Canon button layout odd or unintuitive.

On the Canon 1500D, pop-up flash and hot-shoe go on the top, the on-off switch is laid beside the modes-dial, shutter and toggle ring go over the grip for easy access from the index-finger and rest of the controls are placed on the right side of the display.

The Canon 1500D feels a little more comfortable to hold than the Nikon D3500. When it comes to low-light performance, both cameras do a fantastic job. With that being said, the D3500 produces slightly better low-light images, but only just barely. This is probably because these cameras use the same sensor.

Canon definitely made some improvement from the 1300D to the 1500D. Image quality is greatly improved, for one. This is because Canon switched to a new sensor that has better low-light performance and better dynamic range.

Also, the Canon 1500D has much better wireless file transfer performance than the Nikon D3500

The Nikon D3500 uses Bluetooth to transfer files. So, there is a 2 Megabyte file limit. This makes it so you cannot transfer full size images wirelessly with the D3500. That’s kind of a big deal. That means that if you want to transfer a full-size image from your camera to another device, you will have to use a cable or SD card with the Nikon D3500.

With the Canon 1500D, on the other hand, you can transfer full size images to your smartphone, laptop, Desktop PC, or other device using its built-in WiFi.

Even though they are both great DSLR cameras, we would have to say that the Nikon D3500 is the winner in Canon 1500D vs Nikon D3500. Whether you are new to photography or you are a seasoned professional photographer, Nikon D3500 is a great choice.

The Canon 1500D does take great pictures, and it has more wireless connectivity options than the Nikon D3500. And remember, the better wireless solution on the 1500D is able to transfer full-resolution images wirelessly. This is in contrast to the D3500, which cannot transfer full-size files files due to a 2MB bluetooth file-size limit.

So, if that is important to you, then the Canon 1500D may be the best option. After comparing all the major differences between the Nikon D3500 and Canon 1500D, we find that the D3500 offers a much more advanced design, feature-set, and performance.