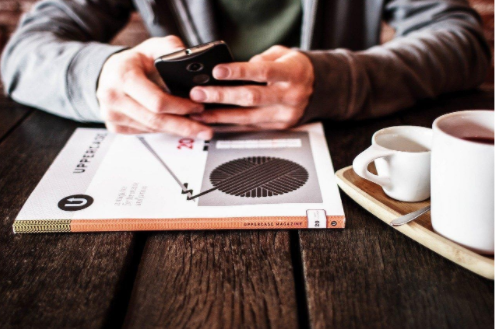 By now, everybody has heard countless stories of a business succumbing to a hack. Sensitive information gets shared, the company suffers embarrassing reputational damage, and payout thousands or even millions in damages.

Hackers and even corporate rivals will stoop to anything to learn the private information of high-up people in a powerful business. Going without a phone is not an option in the modern world, never mind the fast pace of business. Instead, they need an encrypted cell phone that is easy to use and will keep intruders out effectively.

Industry leaders like ChatMail have their own proprietary encrypted messaging protocols, such as ChatMail Advanced Messaging and Parsing Protocol. The best ones encompass both PGP and Elliptical Curve Cryptography.

Encryption is a genuinely complicated and complex subject. Still, so long as CEOs and people in business with information to guard use industry-leading military-grade encryption, they don’t need to understand its nuts and bolts. Don’t just trust a platform because it claims to offer “end-to-end encryption.”

What happens if your phone falls into the wrong hands? The best platforms have solutions for that unfortunate scenario.

A Tamper Proof feature lets users create a duress password. If someone enters the wrong password too many times, all the sensitive information gets deleted instantly.

A Notebook Lock Screen with a custom pin provides two-factor security. Not only are the messages and contacts encrypted, but so are the camera and pictures. The phone should never store cached image data.

Historically, phones that offered genuine security were too cumbersome to use. They involved specialized knowledge or had very time-consuming processes that didn’t fit with the pace of business.

Now, the most secure business productivity tools are also easy for anyone to use. Access your notes, contacts, voice, picture messages, and groups with the touch of a finger. Group chats are easy to configure, taking only three simple steps.

Business is more international than ever, so it’s crucial to find a platform that works in multiple languages, including English, Spanish, Dutch, German, Russian, French, and more. Don’t trust a mere app promising to offer privacy; get a full-on solution that comes with the device and the software and encrypts every message individually.

Sadly, encryption isn’t the only whole story when it comes to security. Look for a platform that uses their email server as a mere relay for your communications, rather than storing your sensitive data on it.

You’ll be more secure if the company you rely on doesn’t store your sent or received messages anywhere that can be hacked.

Industry requires a stable environment in which to make deals and carry on with sales. Perhaps nothing can be more disruptive than learning that sensitive company information has been irreversibly leaked. Prevent this from happening in the first place by using a business productivity tool protected by military-grade encryption and a suite of other vital security features.