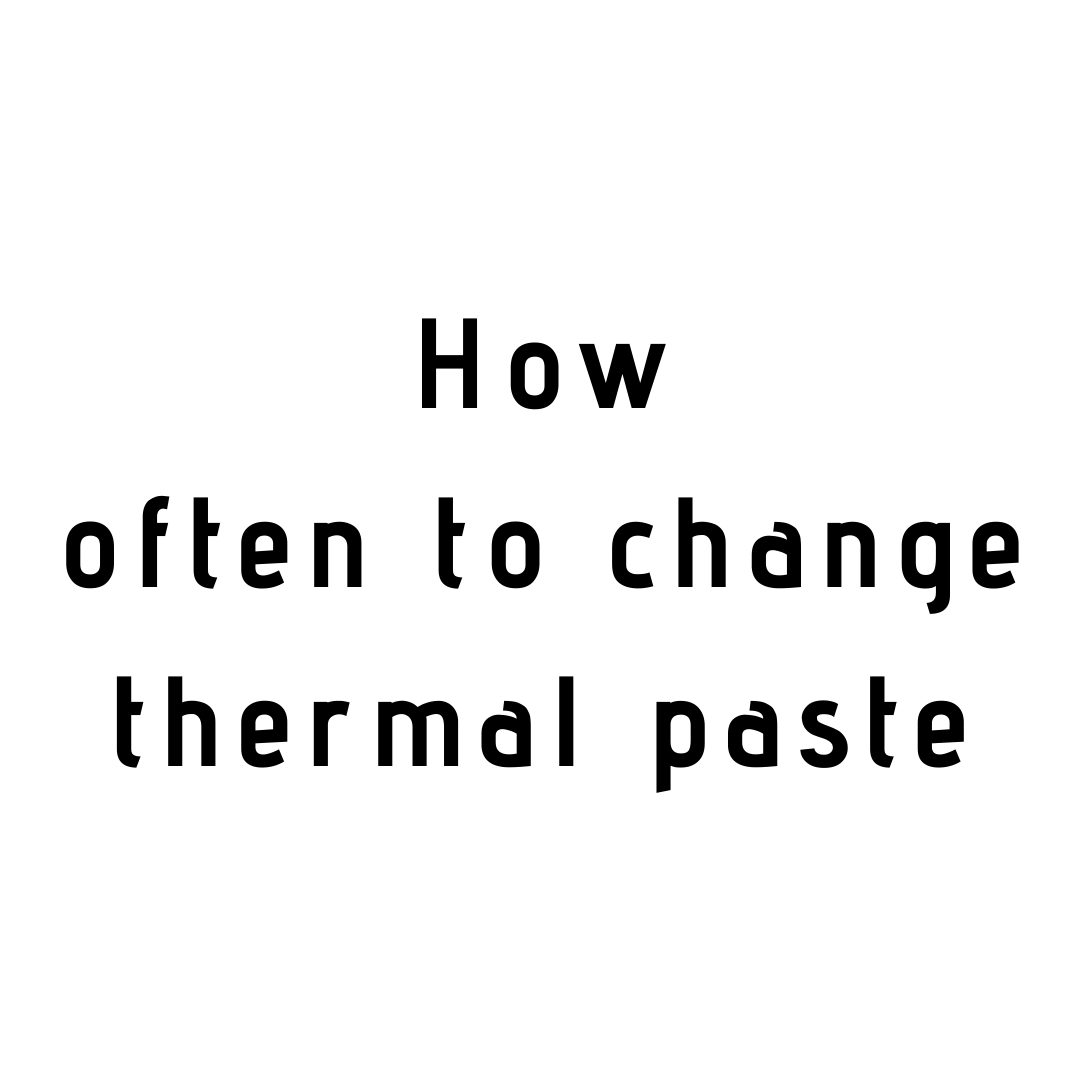 Why change the thermal paste on the processor 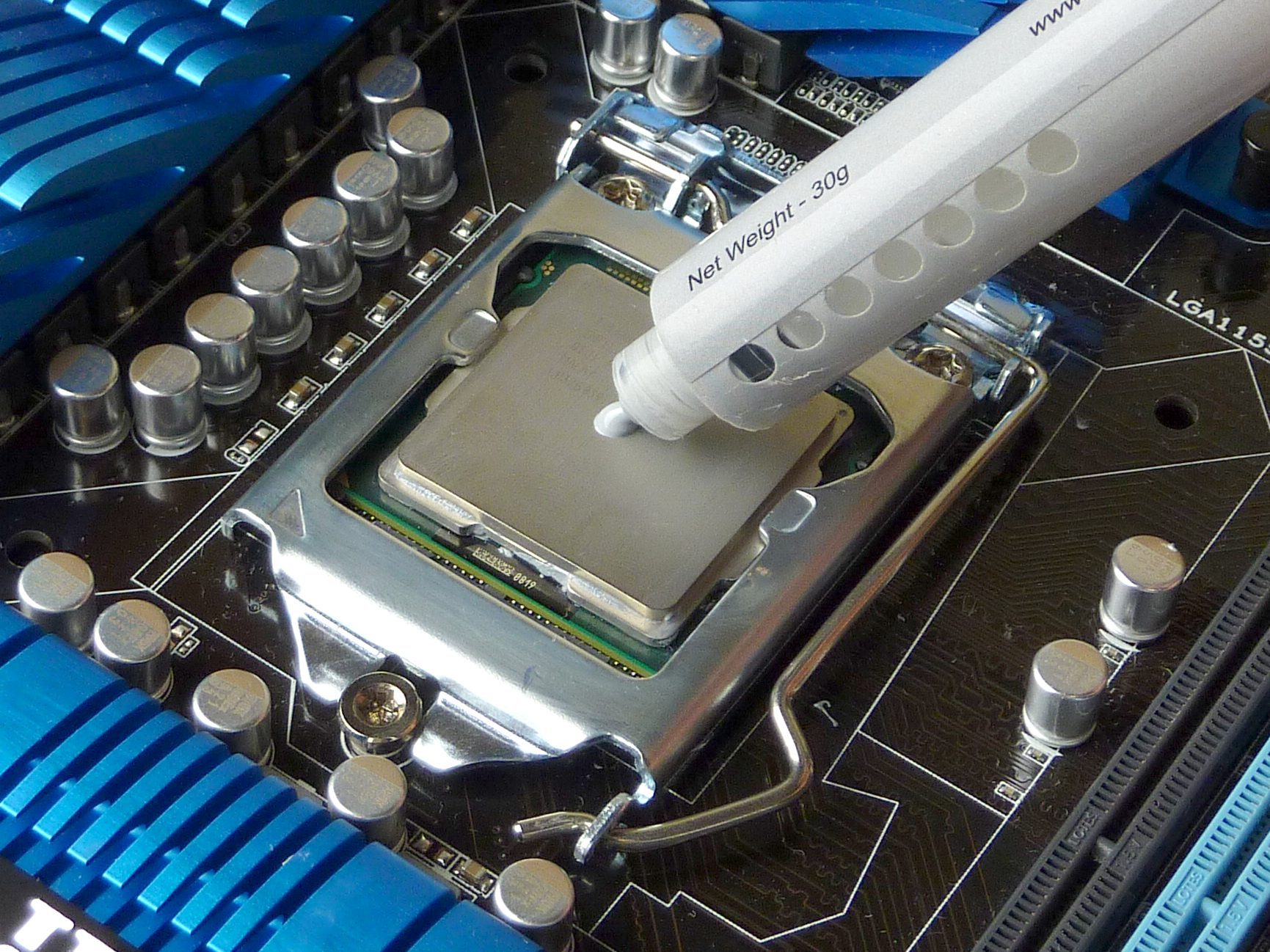 To answer this question, we start with why do we need thermal paste at all. The fact is that any chips in the course of their work emit heat, and such large and productive chips as the central processor of a desktop computer emit a lot of heat. In order that the processor does not overheat and does not fail, a radiator is installed on it, which removes heat from the processor and dissipates it into the surrounding space.

The problem is that neither the heatsink nor the processor itself have perfectly smooth surfaces. As a result, when the radiator is installed on the processor, a microscopic layer of air is formed between them, which significantly impairs the transfer of heat from the processor to the radiator.

But, thermal paste has the ability to dry. When this happens, thermal fluid passes from a liquid and plastic state to a solid or powder state. Naturally, in this state, the thermal conductivity of the thermal paste is significantly reduced, the heat removal to the radiator deteriorates and the processor begins to overheat. With severe overheating, the so-called “processor throttling” will begin, the processor starts skipping clock cycles to lower the temperature, and with a further increase in temperature, the computer will restart. Modern processors rarely fail due to overheating, usually restarting the computer saves the chip, but there are such cases.

What is the solution then?

In order not to bring the computer to such problems, thermal paste on the processor needs to be changed, at least from time to time.

Let’s talk about how often to change thermal paste. After all, an untimely replacement can cause “freezes”, overheating and even breakdown of iron. And this can not be allowed if we are talking about an expensive processor. Anyway, a malfunction is very unpleasant. Since changing the thermal paste on the processor is very simple, I’ll tell you one easy method to do this.

Thermal paste is needed in order to provide normal heat dissipation from the computer processor or any other system chip.

Accordingly, the timely and correct application of thermal paste provides the necessary temperature and normal operation.

How often to change thermal paste 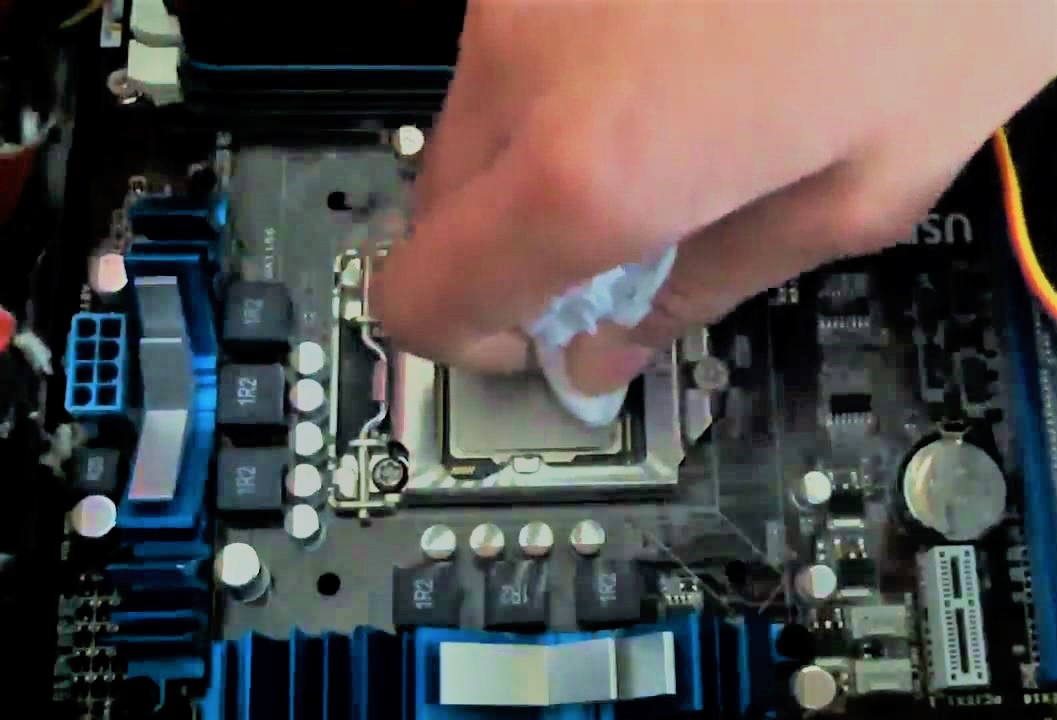 Now to the question of how often to change thermal paste on the processor. In some articles on the Internet you can find recommendations with specific periods of time. Somewhere they write that thermal paste needs to be changed every six months, somewhere that it can not be changed for 3-5 years.

It is not entirely correct to give such recommendations. After all, the drying speed of thermal paste very much depends on such factors as:

If this is a high-quality thermal paste that was used on an office computer, where there is no heavy load on the processor and high temperatures, then it can remain in a liquid state for 5 years or more. On the other hand, cheap thermal paste on a powerful gaming computer with overclocking the processor can dry out in 1 year.

Therefore, it is impossible to give an exact answer to the question of the frequency of thermal paste replacement. But, you can understand for yourself whether it’s time for you to change thermal paste or not. To do this, you need to monitor the temperature of the processor . If your processor temperature exceeds:

We have already seen that how often thermal paste needs to be changed depends on the operating conditions. Normal mode is the replacement of thermal paste once every six months to a year. This is provided that the temperature of the chip does not constantly reach a critical point.

If the temperature is stably high (which is undesirable), then it will be necessary to change the thermal paste often – once every couple of months. But it is better not to allow such critical marks and to observe the temperature regime of the machine.

Then it’s time to take measures to reduce it , for example, remove the cooler, clean it from dust and replace the thermal paste with a new one. You can read more about how this is done in the article on replacing thermal paste . If the processor temperature does not exceed the indicated values, then the thermal paste can not be changed, it is in a normal state. If you really want to, you can simply remove the dust from the cooler without removing it from the processor. For this, it is very convenient to use a can of compressed air.

How to change the processor thermal paste 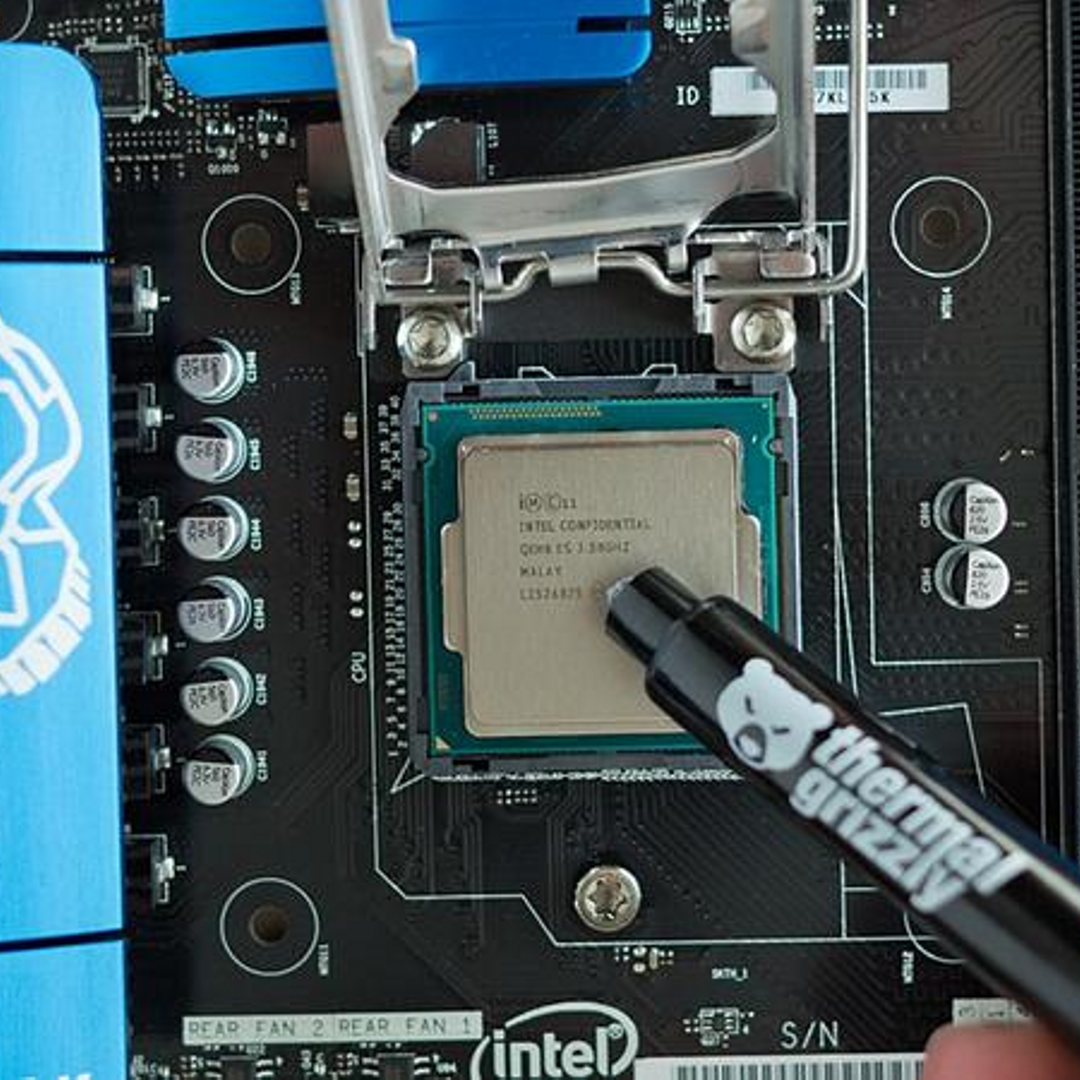 Changing the processor thermal paste from time to time is essential to ensure its smooth operation. As already explained , the component helps keep the chip temperature low by creating a flawless surface between the cooler heatsink and the processor die.

The composition of the thermal paste affects the time it needs to be changed. Cheaper versions made of silicone and zinc oxide should be replaced once a year. The folders that use ceramic or silver in the composition can be 5 to 10 years in the computer. But remember, every time you remove the cooler for cleaning, you will need to change the material.

Keeping this in mind, consider whether your PC needs new thermal paste. If so, learn how to make the switch in the following steps.

First of all you need to know the model of your processor. This will allow you to go to the manufacturer’s website and check the correct fit / undocking of the cooler model. Go to “Control Panel”> “System and Security”> “System”;

Separate the material. In addition to the thermal paste itself, you will need a phillips screwdriver, isopropyl alcohol, cotton buds, and a hard surface flat object, which can be a ruler, stylus, or spatula;

Disconnect all cables from the case and use the phillips screwdriver to remove the rear screws. Observe if there are any security seal seals attached to the case. If so, remove it only if the computer is out of warranty, otherwise it will be lost;

Remove any screws from the right side of the case. With the cover loose, push it in the direction indicated by the arrow in the image below;

Place your hands on unpainted parts of the case housing and leave for about 30 seconds. Remove your hands, leave them about 5 seconds apart, and then put back in, repeating the procedure three times. This will take away static electricity from your body, avoiding burning the PC components;

Remove the power cord that connects the cooler to the motherboard;

The processor used in this tutorial is from Intel, most of which are removed the same way. Note that the cooler has four locks, indicated by red arrows in the photo below. Place the screwdriver into the slot and turn counterclockwise, repeating the procedure on the four latches;

Using two fingers, hold the latches underneath and pull them up, which will release the motherboard cooler. Now simply pull the piece carefully to remove it from the PC;

Dampen a cotton swab with isopropyl alcohol and remove all traces of old paste from the heat sink (the metal part attached to the cooler);

Dampen another clean cotton swab to remove old thermal paste from the processor as well. If there is a lot of dust in the area, take the time to clean your computer;

Take a small amount of thermal paste as shown in the image on the left and apply to the center of the circular area of ​​the heat sink as shown in the photo on the right;

Using the ruler or stylus, spread the thermal paste all over the center of the heat sink. Leave the thin layer as excess paste impairs heat transfer. The result should look like the image on the right;

Pull the four cooler latches up until you hear a click. Reposition the part on the PC, aligning the latches with the corresponding holes on the system board;

Press the edges of the cooler without touching the latches. When the part is already seated in the processor, push the latches down and with the screwdriver, turn them clockwise to lock the position. Note that it is close to the motherboard as shown in the image below;

Reconnect the cooler power cord to the system board and close the case. Okay, now your thermal paste is already changed and you can turn on the PC again.