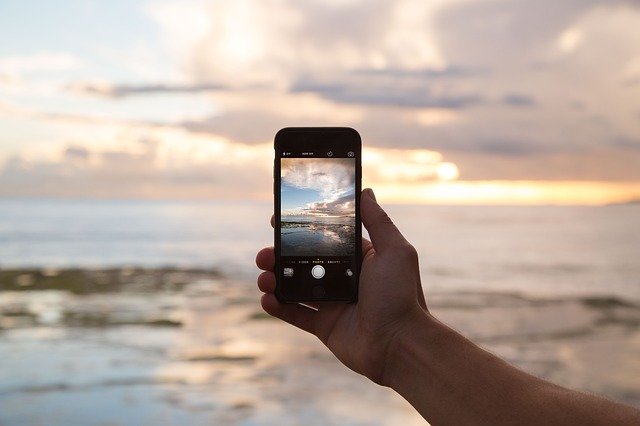 There are many things you can do on your smartphone, from checking emails and social media to surfing the web and making purchases online. All of these tasks can be performed on a smartphone, which begs the question: Are smartphones taking the place of laptops?

It’s easy to conclude that smartphones have triumphed when you see them being used everywhere and practically every time you take a stroll down the street. They have completely supplanted laptops as the preferred device of choice for the vast majority of people.

It seems that this assumption is correct—or at least beginning to be—based on use patterns. More people use smartphones than computers as their main device in February 2021, with 55% using smartphones, compared to only 42% using a PC (desktop or laptop). It’s just 3% of the time that a tablet is used as the main device.

That more individuals are using smartphones as their main device is indicated by this data, but it does not imply that this is true for the vast majority of people. Statistics suggest that more than half of customers prefer smartphones over all other devices, yet it is premature to declare smartphones have completely supplanted laptops. There isn’t much of a difference between the percentages of 55 and 42%.

Smartphones Are Much More Powerful These Days

It wasn’t until a few years ago that most individuals would have never considered utilizing their smartphone for work in lieu of a laptop. When smartphones first came out, they simply didn’t have the processing capability to do such a task. Things are different now. As an example, the CPUs in smartphones like the Samsung Galaxy series or the iPhone is powerful enough to surpass many computers and keep becoming better.

It’s possible to accomplish just about everything on a laptop using a smartphone or tablet, including generating documents and editing films. If you think of these phones as small computers, then you know everything you need to know about them and whether or not you can give up your laptop and get one of these instead.

Smartphones Can Be Less Expensive

Okay, so the price difference between a laptop and a smartphone might vary depending on the device you’re comparing, but for the most part, computers are more expensive than smartphones.

People who can’t afford such high-end equipment may have difficulty covering this cost. As a cheaper option, a smartphone like the Google Pixel may provide them access to the internet and even Office software.

Smartphones Have Become Much More User-Friendly

When it came to working, mobile UIs (mobile user interfaces) were a significant turn-off for many workers, since they were difficult to use for anything more than surfing social media or viewing movies online. When you tried to modify a document that you couldn’t see, or do anything more complicated with a touch-screen, it rapidly got annoying.

Once again, the small displays of smartphones are no longer a problem thanks to gadgets like the Samsung Galaxy Notes. It’s handy for folks who have a job that requires them to be on the move all the time to have a phone with a bigger screen and a pen.

Smartphones Can’t Do Everything… Yet

Even while newer cell phones can accomplish a lot, they still fall short of the capabilities of a laptop or desktop computer. Many individuals are unable to make the switch to cell phones from computers because of the specialized capabilities they demand.

However, although smartphones are capable of playing a wide variety of games and as mobile gaming grows in power with 5G, they are unable to provide the bulk of hardware-intensive options. The majority of gamers will continue to use their gaming laptops or desktops rather than their cellphones in the near future.

In addition to this, there are still a large number of apps and tasks that cellphones are incapable of doing. A smartphone, on the other hand, is insufficient for complicated tasks like video editing or software development. It is becoming easier to run many of the apps that laptop users require on a regular basis, but smartphones are still not powerful enough. It’s probable that we’ll accomplish all of these things in the future.