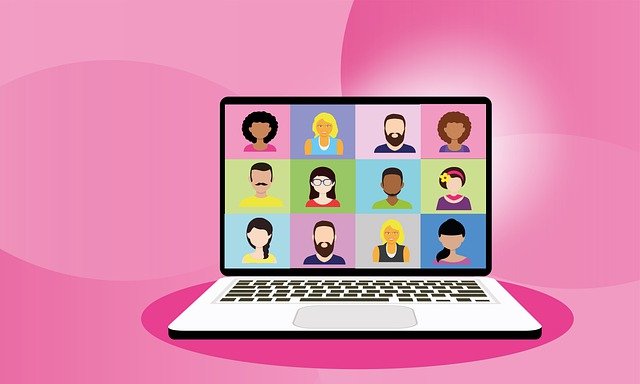 If you will be using the computer for editing 8K/4K/HD videos, you need to invest in a larger—32GB or larger—RAM, and a rather powerful graphics card. Editing a 4K video will require more RAM space as compared to editing 720p or even 1080p videos.

Numerous processes are running in the background of your computer at any given time, all of which are using a portion of the RAM space. Throughout this guide, you will learn how the various video editing tasks and projects affect RAM requirements. It will help you choose the right RAM size for video editing.

The content creation industry is currently undergoing numerous changes, especially when it comes to application updates. While such updates present new, and often better functionality and capabilities, they also present video editors with a unique challenge.

For instance, they need to figure out how to incorporate new frame rates and video formats, as their current hardware struggles to keep up with the changes. While shopping for the right computer for video editing projects, RAM is one of the key considerations you need to make.

To help you make the right choice, here is an overview of hardware requirements for the various video editing tasks:

Such projects often require you to use 4K or 6K material to produce a digital cinema or 4K  broadcast output. As a large-frame video editor, you need to be concerned about the number of cores, CPU clock speed, RAM, and storage available on your computer. To improve editing performance and efficiency, you will need hardware that spreads the load across multiple CPUs or dual-socket processors.

You also need to note that such editing software as the Adobe  Media Encoder and the Adobe  Premiere  Pro is designed to take advantage of virtual and real cores (hyper-threading). This essentially means that data compression for the video you are editing is spread across multiple cores.

This reduces stuttering and allows for faster rendering of the playback. Again, caching multiple versions of an image will require a considerable amount of storage space. This being the case, having a separate SSD on your computer will improve the performance significantly.

How Much RAM is Enough for Large-Format Video Editing Projects?

For editing HD videos, 16GB RAM will suffice. However, editing 4K or 6K videos require much more RAM space—ideally not less than 32GB. Again, data needs to be quickly accessible to both the RAM and the CPU. This is why you also need to consider having a solution that offers a faster storage speed, such as RAIDs or SSDs.

To speed things up even further, you should consider storing your media files separate from the main internal drive—the C: drive in Windows or the Macintosh HD  on Mac. You could save the media files in a separate internal drive or an external drive, through a high-speed connection like a Thunderbolt or a USB 3 connector.

If you will be using incorporating multiple accelerated effects or using software like Adobe  Premiere  Pro on your projects, you will also need the right GPU. For the GPU, Adobe recommends having one with at least 768  MB  of  RAM. However, a 1GB RAM GPU is the real-world benchmark.

Such projects involve the creation of videos to output exclusively to the web, including   H.264  4K videos for YouTube. The most important part of the web video output projects is the web format compression speed.

In this regard, larger format outputs like 4K videos for YouTube can really push your computer to the limits. For such a video editing application, a fast dual-socket  CPU  solution will come in handy. You need to get a computer with just enough RAM and fast storage.

This makes it easy for you to write the final output file to disk, and load as much data to the RAM as possible. If you will be using any accelerated effects in the Premiere Pro timeline or scaling your videos in any way, you also need to have the appropriate GPU.

How Much RAM is Enough for Web Video Output Editing Projects?

A RAM of 32GB or more is recommended for holding more frames in memory. Ideally, you should go for a workstation that has two, high core-count, high-frequency processors, and a graphics card with at least 4GB of memory. It is also advisable to have at least 64GB of memory, preferably of SSD configuration.

Animating projects will often require you to create computer-generated titles and graphics. One of the important considerations you need to make while shopping for the right computer for motion graphics and animation has to do with the CPU cores. Most of the leading 2D animation and 3D modeling software requires more computing power than a conventional video editor would.

Even if you happen to be using a GPU for faster previews, you will still need a fast CPU for the final compositing and rendering. For improved workflow performance, it is advisable to go for a dual-socket  CPU and prioritize editing programs that have been designed to take advantage of multiprocessing.

RAM size is also an important consideration, in this case, as much of the content created in the workflow will be virtual or computer-generated. With most motion graphics projects, you can only achieve smooth, real-time playback by pre-rendering the content into the available  RAM.

How Much RAM is Enough for Motion Graphics/3D Animation Projects?

Editing 3D animation and motion graphics content requires a considerable amount of RAM space. To prevent the RAM from filling up, motion graphics artists are known to preview short sections, say a 30-second animation section at a time. As a guide, it is advisable to have at least 3GB of RAM per thread or core.

With enough RAM, you can also enable the Adobe  After  Effects feature that uses all the available cores for rendering and improved performance. A fast storage solution will also come in handy for motion graphics and 3D animation projects but is not as important as CPU speed and RAM size.

That said, the right RAM for such projects would be 32GB or more.

Your Video Footage and RAM Usage

For video editors, it is the bit depth and footage resolution that dictates the much RAM you will need. Regardless of the project type, an increase in bit depth and resolution will increase the amount of RAM required to edit that particular footage. While editing a video on your computer, the RAM will mainly be used for caching preview files, up to and until you are ready for playback.

Ensure that the computer you get had enough RAM for the type of videos you will be editing most of the time. Here are the minimum RAM requirements for editing the various video types and resolutions:

Whether you will need 32GB or 16GB RAM for your video editing projects will depend on several things. As you may be aware, the leading video editing software available today require high-performance hardware, including a powerful graphics card, enough RAM, and a multi-core CPU.

Discussed below are some of the aspects that will determine the RAM size you need for your video editing projects:

All video editing programs have minimum system requirements, which vary from one editor to another. For instance, the 12.1.2 version of Premiere Pro CC requires at least 8GB of RAM, with 16 GB or more recommended. If your computer does not comply with the minimum requirements for the video editing software you wish to use, the program will not run properly.

The more the number of programs running in the background, the more RAM they will be using. If you intend to run several video editing programs at the same time, you should settle for a larger RAM—preferably 32GB or more. A

Again, you should note that some programs, such as Google Chrome, and Adobe After Effects, are known to require more RAM allocation than others. If your RAM is less than 32GB, running more programs alongside your video editing software will only slow the computer down.

Are you recording the footage in 4K, 8K, or Full HD? Well, this will—to a large extend—affect your RAM requirements when editing the videos. Additionally, you need to worry about the video bit rate as well. The leading professional camera models offer you many options, in this regard, including image size, bit rate, scanning system, and frame rate.

If you happen to record footage at the highest bit-rate and resolution, then you will need a larger RAM to edit it on your computer, ideally more than 32GB. Similarly, you should go for 32GB RAM or more, if you carry out a lot of motion graphics editing projects.

The RAM size on your computer will not affect the video rendering speeds significantly. It is only the GPU and CPU components of the computer that can have a meaningful impact on the rendering speeds. While this is the case, you may notice an improvement in rendering speeds if you upgrade from a low RAM—say from 4GB RAM to 16GB.

The increased RAM makes it possible for the computer to allocate resources into the RAM at any given time. By so doing, it allocates more resources to the GPU and CPU. This is what will contribute to the slight increase in rendering speed.

This is to say that upgrading from 16GB RAM to 32GB, or even 64GB RAM may not have any effect on the rendering speeds. However, it makes it possible for you to use other programs on your computer while a render is running.

The Random Access Memory allows your computer to quickly access anything stored within. If you work on 4K videos frequently, you may encounter the “running out of  RAM” if the RAM is not enough. Bear in mind that the RAM a shared by all the running programs at any given time.

While deciding on the appropriate RAM size, you should consider such things as the editing software and the number of programs you will be running simultaneously. Again, the amount of RAM you will need will also depend on the type of footage you are editing.

As a guide, a 16-GB RAM is only suited for 1080p and HD video editing. This is particularly the case if you do not intend to run other programs alongside the video editing software. A larger RAM is always advisable for video editing as it will speed things up, and improve performance.