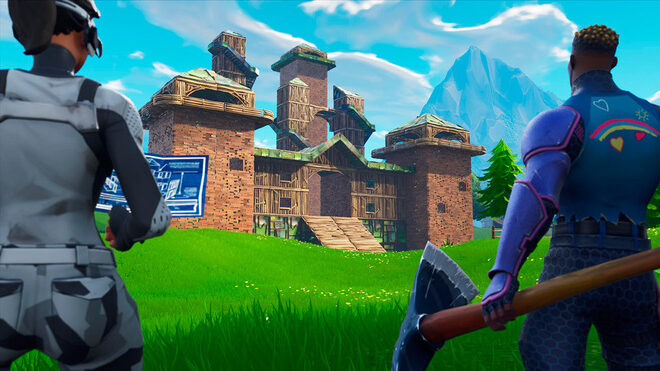 Fortnite wouldn’t have been as successful as it is today if it didn’t have installation bases on almost all devices. So if you’re late to the party or want to migrate from one to another, the question is which among them you’ll be starting in or moving to. Get your Fortnite Tracker ready; we’re going platform-jumping!

Ah, the PC! The so-called “master race” is the platform of choice of connoisseurs and modders. But other than the reasons that have nothing to do with Fortnite, are there other reasons to go for the PC? Lots.

If you’re a streamer, this is obviously the device of choice, as it’s the most comfortable platform to stream from. Sure, you get to sit in front of the TV in a console, but you’ll still need a PC to stream from there anyway, so you might as well play where you stream anyway.

Also, communication is the easiest and most effective on PC. While other devices let you talk to your duo mate or teammates via voice chat as well, text chat is nowhere near as easy to do on any other platform as it is on PC. Not everyone is comfortable speaking, so a keyboard as a means to communicate is a very welcome thing. Plus, there are just some things you can only express through text.

Gameplay-wise, the mouse-keyboard combination is excellent for the shooter genre. In fact, some would say it’s made for it. Then again, it’s made on it. Going back, the combination allows pinpointing accuracy for Fortnite Weapons and maneuverability at the same time.

Last but definitely not least would be performance. The PC continues to be the most powerful and most customizable platform there is. This isn’t a surprise, given the fact that it’s where games are developed. If you want to have a Fortnite experience that doesn’t have to compromise graphical beauty for smooth performance and vice versa, the PC is where it’s at!

Next up would be consoles–the PS4 and Xbox One. If you’re not into streaming and are just into chill nights in front of your huge TV while sinking your hands into a bowl of chips, this is for you.

Devs understand how much harder it is to aim using a joystick, especially while using another joystick to move, compared to a mouse, so this particular feature has become the mainstay. This, however, isn’t a huge advantage, especially now that it’s been nerfed. Nevertheless, it’s still a huge help.

Last but definitely not least, Fortnite gives away a few exclusives for both consoles. For those on team Sony, those that have a PS Plus subscription have received a Fortnite Celebration Pack. Likewise, those that purchased an Xbox One S two years ago had the chance to get the Xbox bundle, which includes the Eon skin that makes you look like a humanoid robot, an Epic Aurora glider, and a Rare Resonator pickaxe. All these things share the same color motif as the Xbox, of course.

While Nintendo is not going head-to-head against either Sony or Microsoft and instead does its own thing, it’s still very much in the console Fortnite Battle Royale, and it’s definitely doing well for itself. Thus, it’s no surprise that Fortnite is going to be on the platform as well.

It should already go without saying that the biggest selling point to play Fortnite on the Switch would be its portability. Whether lying in bed, sitting in the bathroom, or lounging on the balcony–you can get your chicken dinner anywhere that has an internet connection. However, if there is Fortnite mobile, then why play on the Switch? Two reasons. First, the joy-cons are on the side of the screen so your own fingers won’t be a distraction. Plus, it’s easier to shoot.

Lastly, if your Switch isn’t a Lite, you can dock it on your TV and have a classic console experience. To make it even better and closer to the traditional console setup, do yourself a favor and get yourself a pro controller. Trust us, it will give you much better performance compared to the joy-cons slotted onto the not-so-ergonomic handle that comes with the package.

Last but definitely would be mobile devices. While it shares a particular advantage with the Nintendo Switch, which is portability, it has one unique edge that Nintendo’s hybrid console: the ability to use mobile data. Unlike the Switch, which will have to rely on either wi-fi or mobile data (which it will burn through really quick), it has its own mobile connection, so you can play anywhere, even outside the house.

However, the not-so-small differences in the structure between mobile and the Switch mean the world for gameplay. The former is only secondarily a gaming device, so it has no buttons. This means the controls are on the screen, which means your fingers are too, making it feel awkward, distracting, and your vision kind of limited. Thankfully, you can overcome this problem by buying a controller for the Android devices, but that doesn’t make the fact that you have to spend for a less awkward game experience any less of a shame.

Another problem that mobile has is that it has the tendency to overheat, which means less game time. But hey, that’s the price of being able to play Fortnite on a bus!

So there you have it, the pros and cons of playing Fortnite on different devices. So, which one are you going to get that chicken dinner in? Tell us in the comments below.