As much as they’re becoming increasingly common in households, the technology behind 3D printers is nothing short of remarkable. The ability to bring your ideas into the world as physical creations has captured the attention of everyone from hobbyists looking for miniatures, terrain, parts, art, cosplay or other creations, as well as businesses seeking to manufacture prototypes.

There are two primary types of 3D printers – that being FDM printers and resin 3D printers. Below, we’re touching on the functionality of FDM printers, as this method of 3D printing is the most common across not only households but also several commercial applications.

An FDM 3D Printer works by extruding layers of plastic filament onto a build platform, which is why they are also referred to as additive manufacturing. This process is calculated and meticulous, and the entire process is computer-guided. The computer has three axis points to work with – x-axis, y-axis and z-axis.

The plastic material that FDM printers extrude is referred to as filament. This filament is fed into the machine via a spool. During the 3D printing process, the spool rotates and feeds more filament into the machine as needed. This filament passes through a hotend, which brings it to its melting point, enabling it to be extruded as a liquid before almost immediately cooling and solidifying onto the build plate.

There are two types of filaments commonly used in 3D printers: PLA (polylactic acid) and ABS (acrylonitrile butadiene styrene). Both plastics have similar melting points and are easily melted together. However, they differ slightly in their chemical composition. ABS is stronger than PLA and is often preferred over PLA due to its durability. That said, PLA is still the most commonly used filament type because of its ease of printing and affordability. 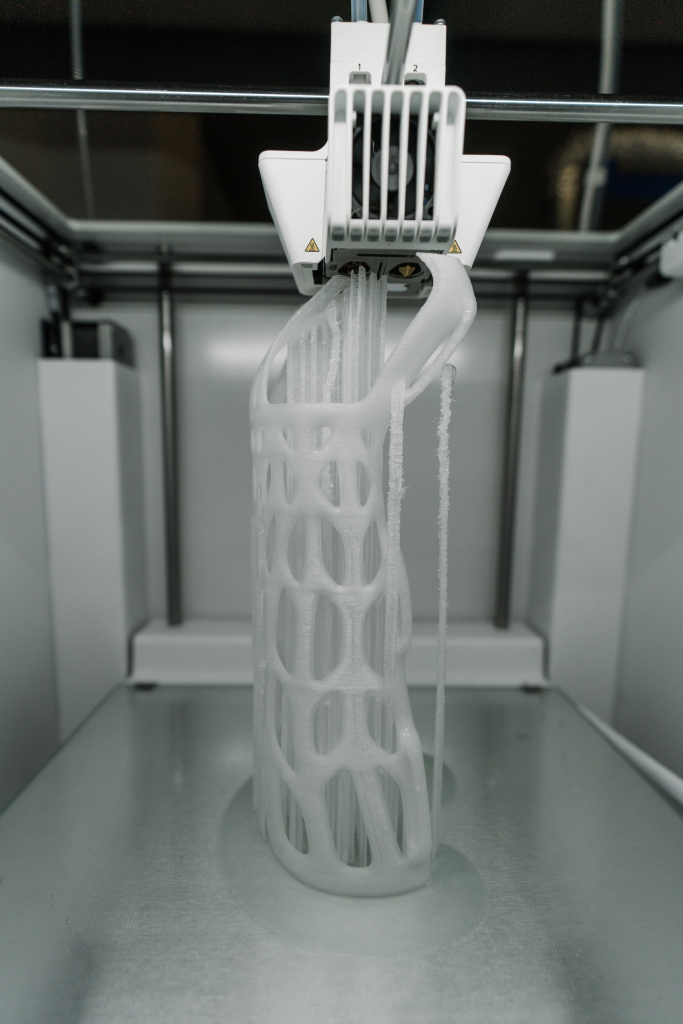 Most 3D printers also use a heated bed to help grip the extruded filament. The bed is placed directly under the print head and holds the material being printed. The size of this bed, also referred to as the build platform, determines the maximum size of the final product. Larger platforms allow for larger objects to be built. 3D printers used in industrial capacities far exceed the size of any household 3D printers, and are used for everything from delivering prototypes to final products.

How Fast Are 3D Printers?

The speed at which a 3D printer prints varies widely depending on several factors – including the type of filament being used, the 3D printer brand, the percentage of filling of the model, and how the model is supported.

Looking to learn more about how 3D printers function? There are several video channels and educative websites emerging that cater to breaking down the inner machinations of 3D printers for users of all skill levels. A great start for beginners looking to tap into the 3D printer hobby is https://3dprintguy.com.au/.