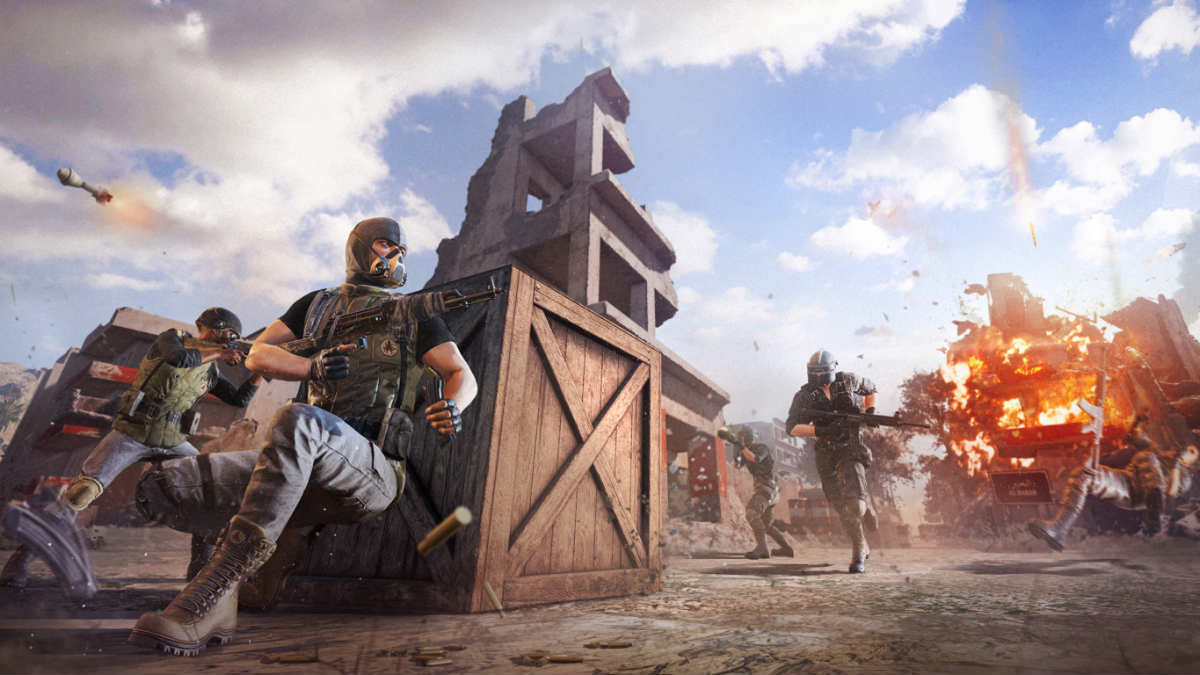 How to Control Recoil in PUBG can seem complicated at first, but it’s actually quite simple once you get the hang of it. PUBG Mobile is a popular multiplayer battle royale game.

In fact, it’s one of the most downloaded mobile multiplayer games. PUBG Mobile features all kinds of weapons that all have unique shooting mechanics. The game does use aim assist to help players win, but in some of the weapons, there is a recoil effect that reduces accuracy.

When it comes to controlling recoil in PUBG mobile, there are several methods to consider. You could always crouch or go prone to deduce the amount of recoil, but this will also reduce your mobility. The best way to control recoil in PUBG mobile is to learn each weapon’s individual recoil pattern so you know how to adjust your aim to compensate.

Recoil is a weapons ‘spring back’ movement when it is shot. This is to make the game more realistic, but it throws your aiming. That is, unless you know how to control it. Learning PUBG recoil control is important because it can give you a significant competitive advantage in the game.

How to Control Recoil in PUBG: Weapons And Recoil

Each weapon in the game is designed to have a unique recoil signature. So, that means some guns move vertically while others will follow a left-to-right movement.

The trick is to go through all the weapons, practicing them one by one until you get the hang of each one’s recoil. You could easily log into a training ground and pick the weapon of your choice. Once you pick a weapon to test, you can fire it at a wall or any planar target to study the recoil-influenced bullet patterns.

As you paint a pattern of bullets on the wall, you can move the aim to compensate for this recoil-induced movement. The objective, obviously, is to control the cross-hairs and keep it in the middle. So, if a bullet pattern is moving upwards, then to counteract that, you would need to move your aim downwards to compensate.

How to Control Recoil in PUBG: Camera and Sensitivity

A common setting change that gamers often forget to change is the game’s default camera speed and aim sensitivity settings. Like many games, PUBG Mobile allows players to change the speed of the camera.

To change the camera and sensitivity do the following:

Here you can adjust the scope, aim-assist, and red dot. Adjusting camera and aim sensitivity in PUBG Mobile is more of an art than a science. Every phone will have different response characteristics and every person has their own unique preferences.

There are a lot of guides out there on the internet to help adjust the settings in PUBG Mobile. We found a really good video that explains the entire process. You can check it out below:

When you crouch in PUBG Mobile, it lowers your center of gravity which helps to reduce recoil. Crouching when shooting will always increase your accuracy when firing. When you are at mid-to-long range from your enemy, it’s good to crouch.

It’s not the best tactic to use close-up, though. If you are in close-quarters combat, you are at such close ranges that a weapons recoil will have little to no effect, anyway. Also, when you crouch is drastically reduces your mobility, which is something you need when you are fighting close up.

Going prone also will greatly reduce a weapon recoil, but it’s only recommended for long range attacks. This is because when you are proning, there’s no way to get up and move quickly.

How to Control Recoil in PUBG: Fire Modes

Most PUBG Mobile players forget to change any of the gun’s fire modes depending upon the situation. Remember, there are three fire modes. Single fire, burst mode, and fully automatic.

Single and burst modes will greatly lower weapon recoil. This will help you shoot much more accurately, even at far distances. The single shot almost entirely eliminates recoil, giving your weapons a very accurate single shot.

Weapons in PUBG Mobile are highly versatile. Almost all of them have more than one firing mode. Changing the fire mode will help you control recoil in PUBG Mobile.

When you pick up a weapon, this is the default mode. Single-shot mode is focused on accuracy. So, when you pull the trigger it only fires one round. Every shot with this mode has the most precision compared to any other available fire mode.

Not every weapon has burst mode. You will find this mode enabled if you have a M16A4 Assault Rifle or a UMP9 Submachine Gun, among a handful of others.

Burst fire mode fires a few rounds from the gun each time you pull the trigger. This mode provides somewhat of a balance between rate of fire and recoil. With any weapon, burst mode will always have more recoil than single-shot mode, but far less recoil than auto mode.

This mode does exactly what it sounds like it does. It lets your weapon fire in fully automatic mode. This mode will provide the absolute most recoil because one round is firing right after the other in quick succession.

The gun simply doesn’t have enough time to stabilize before the next round is fired.

As a gun heats up, recoil gets worse. So, it’s not recommended to just spray an entire clip unless you are up close and personal. Instead, its much better to just fire off a couple rounds, and then let the recoil cool down for a moment, and then continue shooting.

This will give you a better chance to hit your targets, and it’s one of the best ways to control recoil in PUBG Mobile.

The game’s popularity as a multiplayer battle royale game has increased the demand for how to control recoil in PUBG Mobile. The many different weapons in the game all have unique recoil characteristics. While PUBG Mobile’s built-in aim assist is helpful, its not the complete solution.

When controlling recoil in PUBG mobile, the best way is to practice with each weapon against a flat wall so you can observe the bullet wholes. This will help you learn the recoil pattern of each gun, so you can move your aim to compensate for the recoil-induced drift. In a pinch you can crouch, and if your enemy is long range then it’s safe to go prone.

Also, changing your firing rate to burst will drastically reduce a weapons recoil. Single-shot mode completely eliminates recoil at the expense of reducing your weapon’s ability to inflict damage.

Recoil is a real-life characteristic of weapons, and although it can making aiming frustrating, recoil makes shooting games more realistic. We hope this guide was able to help you learn how to control recoil in PUBG Mobile, happy fragging!