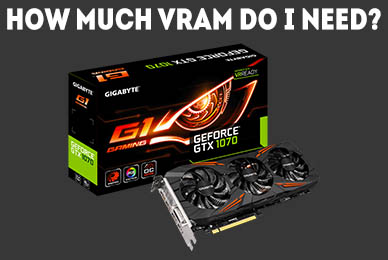 The amount of dedicated video card memory directly influences the performance of games and graphics applications, which can be decisive when buying a new PC. With that in mind, TechPages has prepared a simple tutorial on how to tell how much VRAM I have. Check out. 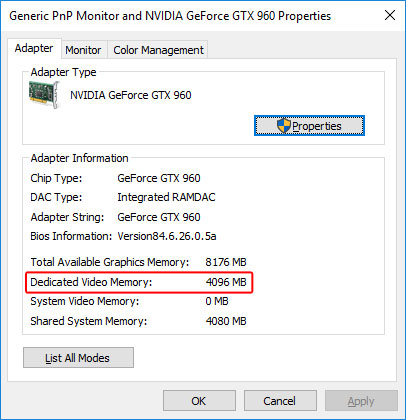 As mentioned above, we have in store for you several options to explore the process of how to tell how much VRAM I have. It doesn’t matter whether your video card is integrated or discrete – there is no difference. So the methods for determining the amount of memory are identical for everyone.

The main plus of these methods is that for their implementation, you need not download third-party software, everything is done by hardware utilities and tools built into the operating system.

You can get all the information in a matter of seconds. This method is fast, simple, and convenient, but it only works on Windows 7-8.1, while the “10” has a slightly different scheme. So, how to tell how much VRAM I have, you must: 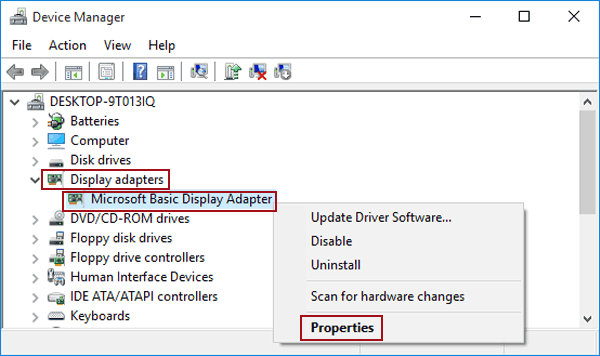 As you can see, everything is simple. However, if drivers for the video chip are not installed, the information will not be displayed, so take care of them in advance.

Method 3: How To Tell How Much VRAM I Have Via DirectX

The latter method works equally well on all versions of Windows OS.

All these methods are relevant only for the built-in video memory or show the total amount of video memory (integrated video card + discrete). How do you know how much memory is on a separate graphics card? 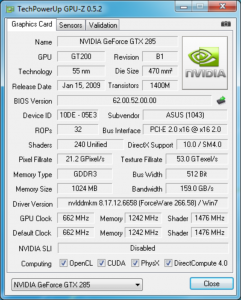 To understand how much video memory is on a discrete graphics card that connects as a separate module, we need to install the GPU-Z program. You can download it from the official site techpowerup.com. Next, proceed:

Now you understand that finding out how much memory is on the video card is simple and does not require third-party utilities.

Some applications and absolutely all games use the resources of the video card. You probably already noticed that the developer always write the minimum requirements in the application descriptions, such as the amount of RAM, free hard disk space, and the amount of VRAM.

If everything is simple with RAM and free space on the hard drive, then how to tell how much VRAM I have? Well, this is what we dedicate our entire article to: in it, we will analyze several simple ways at once – any of them is equally suitable for all versions of the Windows operating system.

To begin with, I would like to say that a video card is an integral part of any PC and laptop. They are divided into two types: built-in (also called integrated) and discrete. They build the first into motherboards and processors; a good example of this is most laptops. The second ones are made in the form of separate modules (boards) and are connected to the motherboard.

Depending on the type of motherboard and the power of the power supply, they can install several video cards, due to which it is possible to achieve increased performance in games that support the operation of several modules at once.

What is the VRAM of a video card for?

As we already know that the video card is one of the most complex items on the computer. In fact, when considering all the architecture and parts under the sink, we can say that it is almost a complete system.

Generally, people speak of this piece as if it were just the graphics processor, referring to the make and model, whether it is a GeForce GTX 980 or an AMD Radeon R9 290X.

However, to be honest, there are several other components that connect to the graphics processing unit (GPU) to get the graphics card. One of the main elements for the operation of the video card is the graphics memory.

The memory chips built into the graphics card work the same as those in your computer’s RAM. They store information temporarily while the graphics processor performs calculations and operations on the data.

The difference between graphics memory and RAM is in its intended purpose, but its basic operation is essentially the same as the DDR modules that are attached to the motherboard. Because it is a component dedicated to a task, video memory can work at a different frequency and transfer a multitude of data.

The amount of data it can transfer is precisely what we call “bandwidth” (which is also associated with the term throughput). As we have already commented on our hardware dictionary, bandwidth is the amount of data that can be read or written to memory over a period.

This specification is usually determined in gigabytes per second (GB / s). As you can imagine, the more data can be transferred at the same time, the better the result for the player. Well, if all this is quite obvious and you are not content with a basic explanation, let’s go into the details of the video card and understand it better.

Note: It is important to note beforehand that this information (the bandwidth) has nothing to do with the amount of memory on the card (2 GB, 4 GB, 6 GB, etc.). Incidentally, it is worth noting that the amount of memory does not exactly dictate the performance of the card, but only serves to show the amount of data that can be stored on the chips.

How does This Bit Of business Work?

Video card operation when playing a game starts when you click to start the game. From that moment on, it transfers the content that should be displayed on the screen from the hard disk to RAM and also to video memory.

Processor (CPU) information is stored in RAM that is installed on the motherboard, while it stores data that is to be processed by the graphics chip in video memory (either DDR3 or GDDR5).

Like any other computer data, the information used in game processing is also bits (which together form bytes, kilobytes, megabytes and gigabytes). They contain all the information necessary for magic to happen in front of your eyes.

Well, understanding that we can easily understand that the more bits travel back and forth, the more data is carried, and it can process more information. That’s why a card with a 256-bit interface memory tends to deliver better performance than a 128-bit one.

The memory interface is nothing more than the pathways that take memory data to the graphics processor, that is, we are talking here about a physical aspect of the memory chip, which cannot be changed via software. Simple, no? Let’s clear up the doubts about DDR3 and GDDR5 memories. After all, which one is better?

When DDR4 was not even a reality, the existence of GDDR5 intrigued many people, only by the acronym could we assume that this pattern was two generations ahead of that used in ordinary RAM, right? Wrong.

Although similar, DDR3 and GDDR5 have a number of differences in operation. First, we have the issue of operating voltage, which is DDR3 is close to 1.5 volts, while in GDDR5, that number drops to 1 volt.

Apart from this, we have the issue of memory control. DDR3 works with a 64-bit channel-based controller, which results in 128-bit dual-channel configurations (and duplicates again if we are dealing with a quad-channel system).

GDDR5 differs at this point in bringing a 32-bit controller, half for data input and a half for output. Seen from this side, we have the impression that he is inferior, right? However, you need to consider that you can configure the graphics chip to work with multiple interfaces.

Thus, the configuration of GDDR5 essentially depends only on the GPU in question and its respective architecture. That’s why a more robust processor’s graphics card works with a 384-bit or even 512-bit memory interface. It is up to the manufacturer to determine this mode of operation to ensure higher performance – which is costly.

Besides these differences in operation, physically speaking, there are some changes from DDR3 to GDDR5. It duplicates the lanes in GDDR5, which allows writing and reading (in memory) simultaneously. DDR3 cannot do this kind of activity.

Despite having some significant advantages, GDDR5 is not perfect for performing certain tasks. DDR3 type memory has lower access timings. However, this does not cause major problems for the GDDR5, as the GPU can take care of other things while waiting for the memory to respond.

Essentially, each has a purpose, and it optimizes them for their tasks. With graphics processing, the GDDR5 is noticeably superior, so long ago, that manufacturers have adopted this standard on the most robust cards.

But it all depends on the clock …

Now that we understand the concept of how bits travel inside the graphics card, we can move on to another concept: operating frequency. As you may already know, computer chips (such as CPU and GPU) work at a certain speed, which is specified in GHz or MHz.

Frequency defines precisely how many cycles per second the processor can perform so that each cycle can perform a number of counts. We won’t go into too much detail here, but know that the higher the clock, the more accounts are made, and the higher the machine’s performance tends to be.

In the graphics’ case card, both the graphics processor and VRAM memory work at specific frequencies. The concept is the same as the processor. At each clock pulse, a certain amount of data (those bits we have already commented above) is transferred and processed.

And so we can solve: how to tell how much VRAM I have

Knowing all this, we can finally understand the concept of VRAM. Bandwidth is a calculation that takes into account the memory operating clock and the component interface. The account is very simple:

By multiplying the clock by the amount of bits, we can find the amount of data that is transferred in one second. Division by the number 8 simply transforms this number of bits to bytes (or gigabytes). Simple, no?

Oh, TechPages, so that means the higher this number, the better the video card will be? In general, we can say yes, but not always a card with higher VRAM will have better results, as performance on certain titles depends on a number of other factors.

Comparing different manufacturers is even more complicated, as it involves different architectures, core types, modes of operation, and so on. However, for simple understanding, the VRAM is a parameter that serves well to get a sense of the product’s capacity.

Of course, you need to know that this number only refers to memory performance, and the processor clock is also of paramount importance when running games; after all, it is he who will do the hard work. 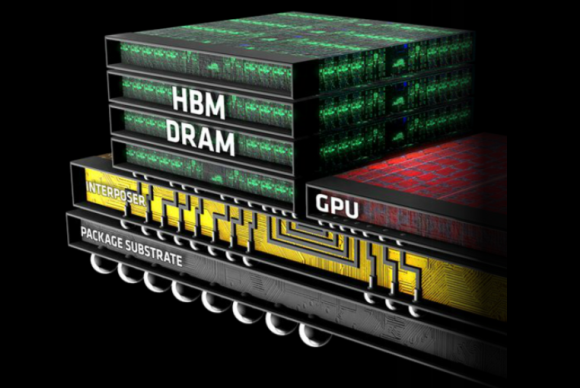 Finally, it is worth mentioning the High Bandwidth Memory (HBM) technology, which will open with the next generation of AMD graphics chips. As its name suggests, it intends this novelty to bring bandwidth to unusual heights.

Cool, but how can you do that? Just increase the clock and memory interface? It is not that simple. HBM technology starts with a much more complex concept in which memory chips are stacked vertically, ensuring communication in new directions.

Of course, with that, the memory interface explodes (reaching an incredible 4,096 bits), but here we have a new way of processing and acting the components of the video card. For now, all you need to know is that the Radeon R9 390X ‘s VRAM can reach an incredible 640 GB / s – something unimaginable for today’s technology.

Finally, we believe that now you know a lot of facts to get the answer yourself to the question; how to tell how much VRAM I have. We would really appreciate your thoughts in the comments!