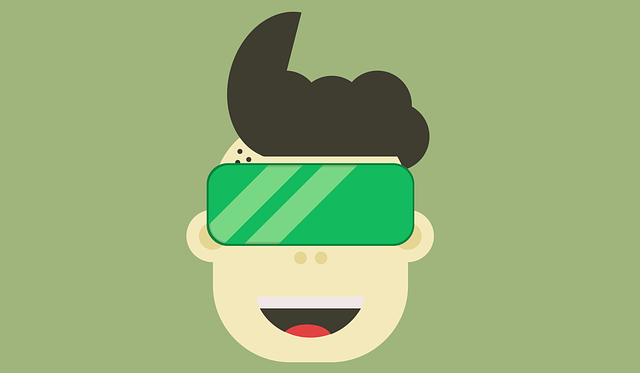 For the user, VR, or Virtual Reality, creates an amazing, immersive experience. Devices like the HTC Rift and Occulus Vive create mind-blowing experiences that you simply cannot experience in the real world. VR headsets, however, can be expensive. Fortunately, there are a handful of ways that someone without a VR headset can watch VR videos.

In this article, we will go over the ways you can watch VR video without a headset. Some are better than others, and some VR experiences cost less than you may think.

Do You Need a Headset For VR?

With Google Cardboard, you can watch 360-degree videos, go on virtual roller-coaster rides, and perform a wide array of other exciting experiences.

All you need is Google Cardboard and a Cardboard compatible phone. Many Cardboard-compatible smartphones have displays with the optimal size for displaying parallel 3D stereo images and video. The proportions of most smartphones come close to matching the average distance between a person’s eyes.

For adults, this distance, which is also known as inter-ocular spacing, is about 2.5 inches (65 mm) on average for adults. The Samsung Galaxy S8 for example, has a display with a width of about 5 inches (131 mm). If you divide that in two, the center to center distance of each half is 65.5 mm.

That’s almost an exact match. A smaller phone like a Samsung Galaxy S6 has a display width of 4.5 inches (112 mm), which is about the lower limit of what you want to use as an adult.

What Phones Work With Google Cardboard?

Most modern smartphones work with Google Cardboard. The platform supports most Android and iOS phones that have screen sizes from around 4 – 6 inches. Carboard includes an interactive button that works with all compatible phones.

Google Cardboard is a low-cost and easy method of turning any iPhone or Android smartphone into a Virtual Reality headset.

Cardboard isn’t very adjustable, so for some people, this could create double vision and other problems. Also, Cardboard can be a bit problematic if you are wearing glasses. It doesn’t include a strap to hold the device on your head, so you have to hold it with your hands.

Without any kind of headset, you can get somewhat of a VR experience using just your smartphone. Some Android applications let you view 360-degree videos by moving around your phone in the field of view. For Apple’s iPhone platform, YouTube 360 is the only option.

So, this works a bit differently. Instead of moving your head, as with Cardboard or other VR headsets, you simply move the phone left, right, up, and down to rotate about the 360 degree space.

In some cases, you can view the immersive content by sliding a finger on the touchscreen top to bottom or left to right. Also, the Facebook application supports the Gear VR. Facebook does not, however, provide its video for Cardboard.

If you want to find 360 degree videos on Facebook, simply search for #360Video in Facebook’s app.

Virtual Reality is all about making you feel like you are somewhere else. So, the main drawback in this experience is that it’s not nearly as good as using a Cardboard, let alone a ‘real’ Virtual Reality headset.

Smartphone VR viewing simply can’t give you that advantage because the viewing angle on a screen in your hand is never going to be able to compare to one brought close to your eyes with lenses.

For an even less satisfying VR experience, there is always a PC. In this mode of ‘VR’, one primarily uses the mouse to change the perspective left, right, up, or down.

Some windows applications such as ‘Potplayer’ and ‘KMPlayer’ support 3D video as well. Also, some Web browsers and (Google Chrome is one of them) support VR experiences. So, if your monitor is large enough, then you can use a 3D glass to create a more immersive experience.

How do I Find VR Videos to Watch?

It’s easy to find VR friendly content on YouTube. All you have to do is search for #360Video in the search box.

If you do that, you will find plenty of VR videos to watch. Also, don’t forget to tap the Cardboard icon in the corner of the screen. Then, insert your phone into the cardboard contraption and put it in.

What is Virtual Reality?

Virtual Reality is an artificial environment that is computer-generated. VR enables extraordinary experiences that are either difficult or impossible to experience in reality.

VR provides what is referred to as a sense of ‘presence.’ This is the ‘Fooling of your senses into seeing something that’s not there, Making any unreal object real.’ When this effect is immersive enough, one can feel as though they really are somewhere else.

It’s simply astonishing that nowadays your typical smartphone, some cleverly designed cardboard, and a pair of tiny plastic lenses could come together to form a Virtual Reality Headset.

Google Cardboard, however, provides a surprisingly high-quality VR experience at very little cost. While it’s not a competitor to VR flagship devices like the HTC Vive and Oculus Rift, it’s still a lot of fun and it’s worth the money.