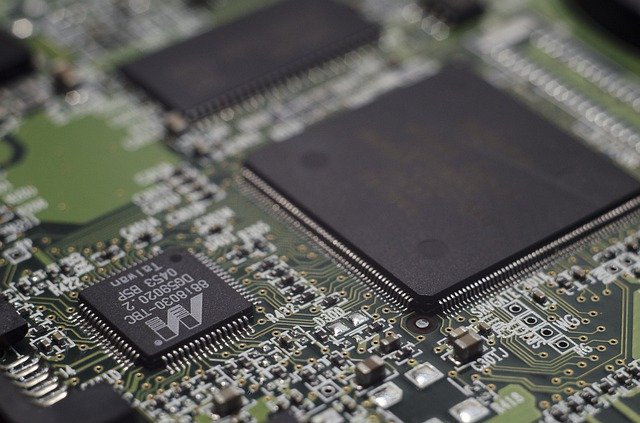 Initially, the Z370 chipset was designed targeting the enthusiast-grade builds but turned out to have numerous caveats. Additionally, the Z370 also lacked a number of essential features for the target market. To remedy such drawbacks, the manufacturer unveiled the Z390 chipset in October 2018.

As an improvement, Intel increased the number of pins reserved for power and ground on the Z370. As a matter of fact, the latest socket by the manufacturer has 18 more pins dedicated to power and 14 more reserved for ground. To make an informed decision between the two, you need to know how the Z390 compares and contrasts to the Z370 chipset.

Key Differences Between the Z370 and Z390 Chips

Having been produced a year apart, you can expect the two chipsets to have numerous similarities. Even so, they are not identical. Discussed below are some of the differences you will find between the Z370 and the Z390:

Regardless of the application, the performance of a computer is important to every user, especially when used for the media-heavy or gaming applications. Both chips offer reliable performance but are suited for different applications. If you are looking for the best gaming solution, the Z390 is way better than the Z370.

The Z390 motherboard is highly-improved and features an integrated wireless module. This feature has been proven to improve internet speeds as well. While it may not have a significant impact on your regular internet browsing, it will come in handy for fast-paced, heavy media multiplayer games, especially when playing through a Wi-Fi connection.

The Z390 is amazingly reliable, featuring support for 9th generation Intel CPUs. According to most of its users, this motherboard also beats the Z370 when it comes to RAM overlooking, thanks to its progressive overclocking support. Both options come with dual-channel memory, featuring four slots. Despite this, the Z390 supports up to 128 GB of DDR4 memory while the Z370 only has a RAM capacity of 64 GB.

Most of the features that came as standard to the Z370 and Z390 chipsets are similar. For instance, both chipsets have the same number of SATA ports and PCI-Express lanes. While the Z370 is a great gaming motherboard, with regards to performance, it does not offer enough connectivity options.

To be more specific, the motherboard does not have any USB 3.1 Gen 2 ports, something that many gaming enthusiasts today would like to have on their gaming computers. Some third-party manufacturers have installed various workarounds to combat this connectivity issue. However, they may not be as fast and reliable as native solutions.

To address this drawback, the manufacturer included a total of six USB 3.1 Gen 2 on the Z390 motherboard. The ports have been proven to facilitate rapid transfer of data and swift connection for various accessories.

From their specifications, it is clear that both the Z370 and the Z390 are great motherboard chipsets for a gaming computer. The 8th and 9th generation processors by the manufacture are only compatible with the latest 300 series motherboards, including the Z370 and Z390.

The Z370 came out in 2017 targeting gaming enthusiasts but had numerous shortcomings. Much of the Z370 drawbacks were addressed in the Z390 chipset, such as USB 3.1 Gen 2  and CNVi support. The Z390 also features integrated 802.11 AC Wi-Fi support, something that the Z370 does not have.

Both motherboard chipsets come fitted with 24 PCI-E 3.0 lanes and six SATA ports each for enhanced convenience. As far as the features and specifications are concerned, the only difference between the chipsets is the inclusion of CNVi support and USB 3.1 Gen 2 ports on the Z390.

Another major difference between the Z370 and the Z390 motherboard chipsets is the RAM support offered. Both solutions feature support for dual-channel memory and each is fitted with four slots. Initially, both chipsets seemed to have the same RAM capacity of up to 64GB.

However, Intel recently announced that the Z390 chipset can actually support up to 128GB of DDR4 memory. This may be achieved through a BIOS update, according to the manufacturer.

The initial design of the Z370 chipset does not feature support for a Wi-Fi connection. This was a major setback, bearing in mind that most gaming enthusiasts prefer connecting to the internet through a wireless connection. Different manufactures came up with various workarounds to include Wi-Fi support on their devices, while still offering the Z370 chipset.

As opposed to this, the Z390 chipset features 802.11ac Wi-Fi support, which is integrated into the chipset itself. The integrated Wi-Fi connection on the Z390 slows for faster wireless connectivity. It allows gamers to seamlessly connect to high-bandwidth wireless connections, and enjoy speeds of up to 1.73 GBPS.

This is about two times the bandwidth offered by the Z370 motherboard chipset. Such a connection will come in handy when playing some of the more demanding online games, such as the League of Legends or World of Warcraft. With the Z390, you won’t have to worry about slow connectivity or lagging.

Despite being one of the best gaming chipsets available at the time, the Z370 does not have any 3.1 Gen2 ports. To address the problem, different manufacturers used separate controllers along with the Z370 chipset to add USB 3.1 Gen2 support.

The Z390, on the other hand, is equipped with 6 USB 3.1 Gen2 ports, all of which are rated 10Gb/s. This capability has also made it possible for manufacturers to add high-speed Type-C ports to their devices.

Should I Upgrade to the Z390 Chipset?

If you currently own a computer with the Z370 motherboard, you may not need to upgrade the chipset to a Z390. Chances are that your device has a USB 3.1 controller added. Depending on the manufacturer, your Z370 motherboard device may also have third-party Wi-Fi support included.

Though slower than the native options, these third-party additions will get the job done. If you are purchasing a new computer, particularly one with a Core i7 9700K or a Core i9 9900K processor, you need to go for the Z390 chipset.

Both the Z370 and Z390 chipsets are part of the flagship lineup motherboard chipsets for the 8th and 9th generation processors. Both solutions were built with gaming enthusiasts in mind and are excellent performers, in this regard.

There is not much performance difference between the Z370 and the Z390 chipsets. Both options feature support for CPU and memory overlooking. However, the Z390 has been reported to offer better RAM overlooking results.