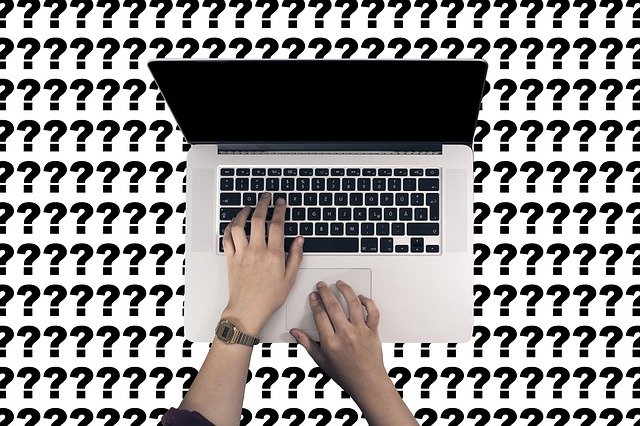 The more people access the internet, the more links, websites, blogs, platforms, images, videos and other content are created in this gigantic network that seems to have no end. Only that purpose exists, at least with regard to the number of IP addresses based on the IPv4 specification. It turns out that the number of these protocols is decreasing rapidly and, it seems, should be exhausted by the end of the third quarter of this year.

IPv4 was created by a group of engineers in 1980 and initially had 4.3 billion available IP addresses. According to the American Registry for Internet Numbers, due to the increase in tablets, smartphones, laptops, PCs and other connected devices, that number has dropped to just 3.4 million of the nearly 1.3 billion IP addresses in North America.

Although the news seems frightening – after all, you never know when the internet may collapse due to lack of “space” – it is important to remember that in other places on the globe, there is no more stock for IPv4 since last year. From then on, organizations responsible for taking care of these addresses started a phase known as “gradual termination”, which aims to align and organize how IPv4-based address leasing will be.

This unavailability in turn created business opportunities for unused IPv4 addresses owners. With some platforms, they can find a transparent marketplace as the best place for them to connect with potential buyers of IPv4 addresses. In short, platforms like the upcoming IPXO guarantee they can lease or, further, monetize IPv4 addresses.

For your information, today we can find many marketplaces where we can monetize IPv4 addresses but unfortunately, most of them tend to be unsafe. IPXO captures this situation well by providing a secure marketplace, which eliminates the risk for IPv4 addresses monetized for getting blocklisted. Not yet but will be soon!

The platform will be launched in the middle of April this year. With this platform, whatever your interest in unused IPv4 addresses will be accommodated. If you are someone looking to lease the addresses for your business, you can choose multiple addresses and select the IP spaces that best meet your needs. If you are an owner of IPv4 addresses and want to make money from them, IPXO would be the best place. You can reach many potential tenants, control the transaction process, and choose where your money will be distributed.

In addition, we must not forget about IPv6. About two years ago, the number of gadgets connected to the network in the world exceeded the number of protocol addresses. The latest version, called IPv4, no longer supported the demand for unique addresses, which caused problems in the configuration of modems, slowness and incompatibility of equipment connected to the internet.

IPv4 addresses are over: the Internet must hurry in the transition to IPv6.

This was communicated by Ripe Ncc, one of the five regional Internet registries with delegation for the assignment of Ipv4 and Ipv6 addresses in Europe, the Middle East and Central Asia: in the region it has been assigned the last block of IPv4 / 22 addresses available so far. Only in October Ripe had announced that just 1 million IPv4 addresses remained available in Europe.

Even if the blocks from / 22 (the largest) are finished, some smaller blocks remain to be assigned (/ 24 and / 32); the blocks / 8 had run out in 2012. Ripe Ncc is also trying to recover IPv4 addresses no longer used by subjects who have ceased to operate; these addresses will be assigned to Ripe NCC members based on their positioning or following a recently activated waiting list. Only members who have never received an Ipv4 assignment of any type from Ripe Ncc can enter the waiting list and can still obtain only one block / 24.

However, the European registry underlines that it will only be able to satisfy a fraction of the demand in this way, which amounts to “several million addresses that the networks in our region need” under the pressure of the multiplication of connected objects (IoT). It is essential to accelerate the transition to the new standard, IPv6, which has existed since 2012.

Boom of connected objects An IPv4 address uses 32 bits and can therefore identify up to 232 distinct addresses. Ipv6 is the version of the Internet protocol designated as the successor of IPv4; reserves 128 bits for bit addresses and therefore manages 2128 addresses. The explosion of global connectivity and the Internet of things has made IPv4 addresses completely inadequate: we are close to the exhaustion of spaces on a world scale, warns Ripe Ncc. In recent years a market has emerged in Europe for the transfer of IPv4s and technologies such as Carrier grade network address translation have been used more frequently, but the problem is solved only with the new standard for the Internet protocol.

In North America, IPv4 addresses had almost run out by 2015. Iana, the Internet assigned numbers authority, and the various regional registries have been pushing Internet providers and telecommunications companies to migrate networks and customers to IPv6 for years. But not all countries have been equally fast in the transition: according to statistics published by Google, Germany leads with an adoption rate of over 44%, which is close to Greece at 43%, France is at 34%, but they do the UK, Ireland, Portugal and Finland also did well; Italy is struggling and is just above 4%.

Therefore, there was a need to switch to IPv6, since the standard allows 340 undecillions (equivalent to 36 zeros after 340) of possible addresses from the new protocol, allowing each inhabitant of the planet to have 48×10 elevated to 18th power of connected appliances.

The problem is that there is still a long way to go before IPv6 is the most widely used internet protocol in the world. Some companies, including Facebook, have already moved 90% of their IP addresses to IPv6, while others are still struggling to make this transition.

It seems that there will be a period of coexistence between IPv4 and IPv6 to avoid possible communication errors. Many companies will also require IPv6 addressing for new devices manufactured and sold in many countries. Today, companies will have to adapt to the new standard and obtain technical certifications from the regulatory body.