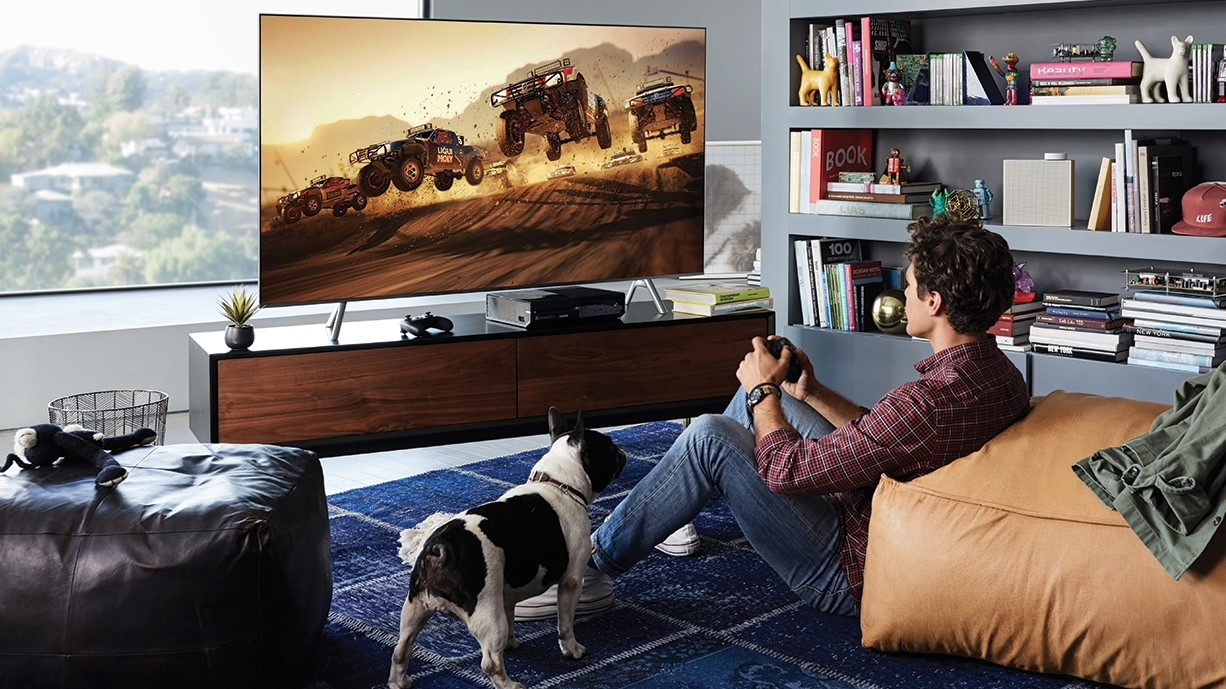 Computer storage sure has come quite a long way. Just a few short years ago, it was common for an 80GB hard drive to be standard on even the highest-end gaming PCs. With the introduction of SSDs and massive hard drives, times have certainly changed.

Now-a-days, it’s not uncommon to find SSDs (Solid State Drives) on the order of several terabytes. Also, hard drives have gotten as large as 18 TB (Terabytes) and that trend shows no signs of slowing down any time soon. These new drives have caused the smaller ones to recently come down in value. So, if you are a gamer on a budget, you might be wondering, ‘Is 1TB enough for gaming?’

Most users will find that 1TB is more than enough storage space to be able to install and run a selection of their most favorite games. The average modern game takes about 80GB of space and a 1TB drive has about 900GB of usable space after the operating system and updates are installed. So, a 1TB drive can hold around 11 modern, AAA titles. Older games are much smaller, however, so you may be able to fit 100 or more of them on a 1TB drive.

In this article, we will discuss whether or not 1TB is a sufficient amount of space to use for a gaming PC. Also, we will take a look into some of the fundamental differences between an SSD and an HDD. In addition to that, we will discuss how storage space and speed are linked in both storage technologies.

Do You Need A Large Drive For Gaming?

No, but it can help in ways that you may not expect. This is especially true if you have an SSD. When loading a game from a hard drive, storage size is of little concern compared to storage speed. After all, the game is already installed on your drive, and at this point you are just loading it into memory.

While it is true that the larger of a hard drive you have, the faster it will run, these gains are rather small. The more data that is compressed onto the same physical space will cause the read heads to have to physically move less distance to access a given chunk of data.

Also, the disk has to spin less of a full rotation in order to bring the data to the read head. But again, these gains are very small and almost insignificant. In contrast, SSDs are generally much faster as they get larger, but why?

Why Are Higher Capacity SSDs Faster Than Smaller Ones?

A Solid State Drive, as you would expect, works a lot different than a Hard Drive. SSDs are composed of a number of NAND flash chips and a storage controller to connect those chips to the rest of the computer.

The controller does so much more than just pass the data through, however. The SSD’s controller chip is also responsible for how those chips talk to each other and how the data is spread across them.

The more NAND chips an SSD has, the faster it will operate. This is because the data is not stored on Chip A until it’s full and then to Chip B. Instead, the chips are ‘interleaved’. This allows all the chips to work together and provide their maximum storage and speeds. So, for this reason, a 2TB will generally be much faster than its 1TB counterpart.

So, Is 1TB Enough For Gaming?

While you can most certainly game on a 1TB SSD, you might not be getting anywhere near the loading performance that you could be. Modern games are quite massive in terms of storage space.

Considering the fact that the average game is about 80GB or less, the average game level that needs to be loaded could be as much as several gigabytes. This can make it so your otherwise very fast PC takes a long time to get into the action.

These long, multi-minute breaks between the action will pull you out of the game and if the waiting period is too long, it can totally destroy the immersion. So, it’s important to have fast loading times in games.

In fact, some games don’t wait for all the players to load before it starts, so in those games, you could miss out on the ability to win because your computer takes too long to load files.

Are SSD Only Used For Gaming?

Absolutely not. Having an SSD in your computer will speed up every aspect of it. Opening programs, saving files, or loading levels, all of them are drastically sped up by switching to an SSD.

Most professionals and even a lot of gamers use a hybrid solution. A small SSD is often used for the operating system and most important games and other applications, while a large, low cost hard drive is used for everything else.

Is 1TB SSD Enough For Gaming? How To Choose Capacity Of SSD?

So, with SSD prices falling so sharply, it makes sense to buy a larger one to get the faster storage speeds they provide ,even if you don’t need the space. The sweet spot seems to be around the 2TB mark. Those drives can be purchased for around $150, and after 2TB, the law of diminishing returns starts to kick in.

So, if you want the minimum SSD for gaming, you should get a 1TB. If you want more space and speed, go for a 2TB, but anything beyond that will be very expensive for almost no increase in performance.

How Many Games Can Be Stored On A 1 Terabyte Drive?

Whether it’s a Solid State Drive or a Hard Drive, most users will find that 1TB of space is still plenty in 2021. The tabled below is a list of 10 common, popular, modern games and the amount of space that is required to store them.

The chart below shows that the overwhelming majority of gamers don’t need any more than 1TB of storage space to play their favorite games.

So, When Does It Make Sense To Buy A Drive Larger Than 1 TB?

If you are one of the (very) few people that need to have as many games installed on your computer as possible, then you might want to get a larger drive. As far as whether that should be an SSD or an HDD, that comes down to a few factors.

A drive of that capacity will be able to store 100 or more very large games, but game  loading speeds will be drastically slower than any SSD on the market, regardless of its size. This is because hard drives are mechanical devices where solid state drives have no moving parts. So, a Solid State Drive will always be faster than a Hard Drive.

Considering the fact that most gamers have only a select handful of games that they play, we feel like it’s safe to say that 1TB SSD is enough for gaming in most cases.

Modern games need an average of around 80GB of space each. A storage drive that has a capacity of 1TB drive will have enough usable space left after installing the operating system and updates to install 11 top-end games, on average. If you are a gamer that likes older games, you could be able to fit much more than 11 games on a 1TB drive.

Remember, when it comes to any serious gaming most people play somewhere between 1 to 3 games on a regular basis. This is because competitive gaming takes a lot of time and focus and there is much learning involved. Also, the multiplay aspect makes it less of a game and more of a community event. It’s common for games these days to have all kinds of achievements, awards, and other incentives to keep people hooked.

For these reasons, the hardest core gamers really only play 1 main game and have several lesser-played games that they turn to on rare occasions. We hope this article helped answer any questions you may have had as to whether or not a 1 Terabyte is enough for gaming. Thanks for reading!