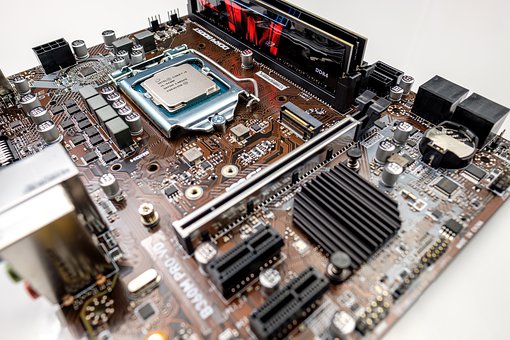 A long time ago you used to need a flagship processor if you planned on doing any serious gaming. That has all changed relatively recently, however. Now, you just don’t have to have a 1000 dollar CPU to be able to run the latest and greatest PC games. Processor technology in general has come a long way since the Core i series was released back in 2008.

While it is true that just about any quad-core, 8th generation or newer Core i5 can run the latest games, there will be a noticeable performance bottleneck due to using a mid-range CPU. The Core i5-12600K, however, is an excellent example of a Core i5 that offers all of the cost and energy efficiency benefits of being a mid-range processor while having the performance of a flagship chip. The Core i5 12600K is actually faster than a Core i9 in some benchmarks, so it is by far the best Core i5 CPU for gaming.

Still in 2022, most games simply don’t require a lot of cores and threads. When it comes down to it, as long as you have a quad core processor with at least 8 threads, you are in a good spot.

The CPU does affect performance, so a faster CPU will generally give faster gaming performance, but only marginally. As long as you have a decent quad core or high CPU that has at least a 3.0Ghz clock frequency, the graphics card becomes the most significant limiting factor.

The good news is that just about any brand new mid range PC or even a 5 year old PC that was top-of-the-line when it was new is going to have a CPU that meets or exceeds that required performance threshold.

Sometimes older CPUs can cause a game to studder somewhat. This doesn’t mean that your experience won’t be enjoyable, and its not something that is guaranteed to happen with every new game, but its something to keep in mind.

There are some games, however, that are poorly written and are known to be harder on the CPU than other games. For games like PUBG, Crysis, and other games that are known to be notoriously CPU intensive, you may not have a great experience on an older Core i5 CPU.

There are, however, several new Core i5 CPUs that would present absolutely no bottleneck to the system as long as you have the right graphics card. This is because processors in general have become significantly faster in recent years thanks to the ever shrinking silicon transistor.

Are i5 CPUs Futureproof Enough To Run Next-gen Games?

A Core i5 is not the highest end processor that will work in whatever motherboard you are putting it in. So, because of that, you can always upgrade your computer to a Core i7 or a Core i9.

Because of this, you can think of a Core i5 system futureproof because if you are happy with the performance of a Core i5 and have a clear upgrade path without having to change any other hardware such as the motherboard and ram.

So, you can build a Core i5 gaming system now, and upgrade the CPU a few years down the road. When you get around to upgrading the CPU, you will breath new life into the machine and can expect it to last another 2 to 3 years before needing to change the motherboard.

Core i5 CPUs Have Come A Long Way

When Intel first released the Core i family of processors in 2008, the only one really worth getting was a Core i7. That was 12 generations of CPU ago, however, and things have really picked up since then.

Now you can comfortably use a Core i5 or even a Core i3 to play high end PC games. The key factor is the graphics card. If you have a low end graphics card, you will not get good gaming performance even if you have a Core i9 CPU.

Choosing The Right Graphics Card For A Core i5 Gaming PC

Nvidia’s GeForce RTX 3080 is one of the best graphics cards you can get for the money. Its based on nVidia’s latest version of its Ampere architecture. This GPU is more than 30% faster than a GeForce 2080Ti while costing $500 less! Such a powerful card may be a little bottlenecked while running it on a Core i5 vs a Core i7 or a Core i9, but you are talking about only a 3 to 5 percent performance hit.

The RTX 3060Ti represents an excellent value for the money as it is just just 9 percent slower than a GeForce RTX 3070 while costing 20 percent less.

If you have a Core i5 system and wanting to give it more graphics horsepower without breaking the bank, the GeForce RTX 3060Ti is the way to go.

The Radeon RX6700XT has the same number of GPU cores as the RX 5700 XT, but much higher clock speeds. It also has more on-die GPU cache which combined with the higher clock speeds give this GPU around a 25% boost to performance compared to the last generation flagship architecture.

The AMD’s RX 6700XT has some of the highest clock speeds that can be found on any GPU. This chip can run at up to 2.5GHz during intense gaming sessions. The Radeon RX 6700XT has whopping 2,560 GPU cores and a price tag under 400 dollars. This makes the Radeon RX 5700 one of the best choices for a Core i5 gaming PC.

What Is The Best Core i5 For Gaming?

That would have to be the Core i5-12600K. This CPU is based on a totally new architecture that makes it much more powerful than any Core i5 processor that came before it.

The Core i5 12600K is worlds ahead of some of Intel’s more expensive offerings. In fact, the 12600K even outperforms some of AMD latest Ryzen chips.

When gaming, the processor prevents background tasks from interrupting or using your high-performance cores. When working, it provides a smoother system-level experience while using demanding applications.

Chips based on this new design performance cores and efficiency cores. This allows the processor to run at high clock speeds when and where it needs to. This type of configuration makes a given processor much higher performance while using much less energy.

Performance-cores are designed for raw speed while maintaining a decent level of power efficiency. They work best with low-latency single-threaded workloads. These cores have hyper-threading enables, so they can run 2 threads at once.

Efficiency-cores are small cores that are optimized to run multi-threaded workloads delivering the highest possible performance-per-watt. This type of core is able to run a single thread at a time as is 40% more powerful than a CPU core based on Intel’s previous-gen Skylake architecture.

Very well. The Intel Core i5 12600K’s single-threaded performance blasts through games and benchmarks with ease. In fact, this CPU is only marginally slower than the Core i9 12900K in some benchmarks and better than the 12900K in most!

Intel has made some serious improvements to the Intel Core i5-12600K. Its built on an all-new manufacturing process and 4 more physical cores. The new chip also supports DDR5 memory, which is a big plus.

The Intel Core i5-12600K is an excellent gaming processor. It has 10 physical cores and 16 total threads, which gives this CPU more than powerful enough for the latest and most demanding PC games.

Even at the highest end, most bandwidth hungry graphics cards will not experience any bottleneck with this CPU. This is because it supports super fast DDR5 memory.

The Core i5 is a great CPU for most gamers because it is more powerful than the Core i3 but lower cost than the Core i7s or Core i9 while still offering excellent gaming performance. This comes as no surprise as the Core i5 12600K is the first Core i5 that is based on the Alder Lake architecture.

One of the most impressive things about the Core i5 12600K is the fact that it has performance equivalent to previous-generation flagship CPUs at almost half the price. It’s simply amazing that you can get Core i9 performance in a Core i5 package. The Intel Core i5 12600K is absurdly fast.

This processor really shows that Intel is not completely out of the game yet. For a while, it looked like AMD was going to remain the undisputed performance champion, but the Core i5 12600K is giving AMD’s latest Ryzen architecture a run for its money!

Absolutely. In fact, the Core i5 12600K is one of the highest performing mid-range parts ever released by Intel.

The Intel Core i5 12600K fully supports PCIe 5.0 SSDs and DDR5 memory technologies. Those are bleeding edge features that are usually reserved for flagship CPUs. In this way, the Core i5 12600K’s is able to deliver an excellent balance of price, performance, and features.

In a way, its kind of hard to refer to the Core i5-12600K as a ‘mid-range’ part. It’s as fast as a flagship chip at almost half the price, making it a really great value.

Remember, having the absolute best top-of-the-line CPU does not always provide the best gaming performance. The law of diminishing returns exists in all situations and CPUs are no different. Eventually, you will reach a point where additional cores are not giving you any additional performance.

The i5 12600K has more than enough performance to run even the most demanding AAA titles. One of the best things about the Core i5-12600K is its extremely affordable price. This CPU is everything you could want in a gaming CPU.

Gone are the days where you had to spend $1000 dollars or more to have a good PC gaming experience. Now, midrange chips are more than powerful enough to keep up with the demands of the latest AAA titles. Mid-range and even low-end CPUs are no longer as significant of a performance bottleneck as they used to be.

If you are wondering if a Core i5 is good for gaming, the answer is yes. There are several Core i5 processors on the market that have more than enough performance to run modern games. Almost any 8th generation Core i5 will provide an excellent gaming experience as long as its quad core. Remember, a good CPU is nothing without a good graphics card as well. So, as long as you make sure you have one of the graphics cards mentioned in this article, a Core i5 will be good for gaming. In fact, the Core i5 12600K is actually faster than a Core i9 in some games.

We hope this article helped you determine weather or not a Core i5 is good for gaming. Thanks for reading!