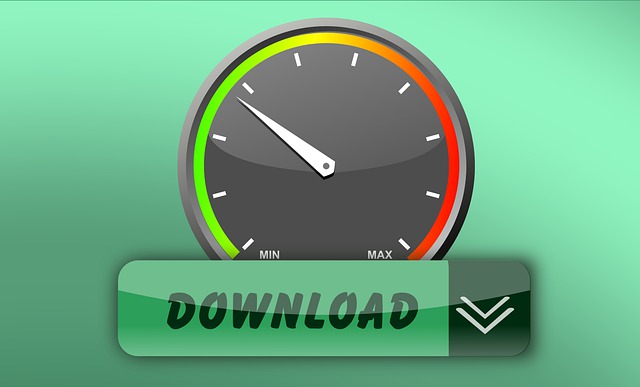 Is DSL Good For Gaming? It’s a question on the minds of many. The best internet for gaming used to be an easy choice to make. In 2022, however, there are a lot more options for internet than their used to be. For example, there is is cable, DSL, fiber, 5G, and believe it or not, dialup is still a thing in ultra-remote areas.

While it may be obvious that dialup is going to be terrible for gaming, it may not be so clear which of the other internet connection types are best for gaming. Is cable internet best for gaming? Is DSL good for gaming? How does DSL compare to cable and fiber optic internet?

Overall, DSL internet is fast enough to enjoy multiplayer online video games. These days, DSL internet net speeds are plenty fast enough to play most games with no issues. With that being said, cable internet is often faster and has much lower latency. So, if at all possible, you should avoid DSL for gaming. DSL should only be used for gaming when there is no option for cable internet.

In this article, we will go over the most important aspects of an internet service provider for gaming. We will also provide an overview comparison of each connection technology, and a little background on how they work.

How Much Internet Speed Is Needed For Gaming?

Well, that all depends on what kind of games you like to play. As you would expect, simple games require much less bandwidth that complex games. As you may not expect, however, even the most complicated and most popular games don’t require a lot of bandwidth.

Generally speaking, if you have a 20mbit or faster internet connection and no local network congestion, games will work just fine on DSL. Gaming can be, however, extremely sensitive to latency.

There are plenty of circumstances when DSL will be good for gaming, it really just depends on the type of games you like to play and how seriously you take gaming. Remember, DSL is much better for gaming than HughesNet, and there are still plenty of games that can be played on HughesNet.

What Games Can Be Played On DSL Internet

Any game can be played on the vast majority of DSL connections. Unlike HughesNet which has a notoriously high latency, DSL is a terrestrial connection like cable or fiber. Nothing needs to be sent to space and back, so land connections are always going to be faster. DSL relies on the oldest infrastructure, so it has the highest latency compared to all other terrestrial broadband connection.

DSL latency figures generally hover between 60ms and 80ms, which is totally tolerable for the overwhelming majority of game.

The compression, encoding, decoding, modulating, and demodulating technologies involved with each of the three types of internet connections mentioned are more-or-less the same, at least in terms of performance.

What Is DSL Internet?

DSL stands for Digital Subscriber Line. Before DSL, the fastest internet connection you could get over a copper telephone line was 56 kilobits per second. DSL’s appeal lies in the fact that it is able to deliver internet speeds much faster than dial up over the same copper telephone lines.

Do you ever notice how when you are talking to someone on the phone, the audio quality is no where near as good as you hear on Spotify or YouTube? That’s because a phone’s voice systems are still based on those old phone lines and their bandwidth limitations.

When you hear someone on the phone, you can physically hear how low quality the connection is. That is the connection that DSL relies on. The very fact that DSL is able to send high quality, high-bandwidth information over that aging system at all is a marvel of modern engineering.

With DSL internet, upload speeds are often asymmetric in DSL, meaning they are not as fast as the download speeds DSL upload speeds generally hover around the 1 to 2 Megabit mark, but can  be much faster than that in some areas.

Why Is DSL Internet So Slow?

DSL will always be the slowest terrestrial internet connection. This is because DSL uses old-school telephone phone lines to carry data. So, because of the fact that the physical infrastructure used to carry the signal is based on the requirements for basic voice communication, the lines simply can’t handle the same amount of bandwidth as a newer connections like fiber optics or more robust connections like cable.

For this reason, DSL internet typically maxes out at just over 200 Mbps. Also, DSL electrical signals degrade over distance. So, the further you are from the equipment, the lower your maximum possible speeds will be.

That does not mean DSL is slow. All that means is that DSL will always be slower that other terrestrial internet connections. In 2022, DSL is plenty fast enough for gaming.

Cable VS DSL For Gaming

In some cases, DSL is better for gaming. For example, if you live in a remote area where cable internet is not an option, DSL is more than likely the best choice.

This is because out in the sticks (country/county/rural areas), the only choices that you are going to have for broadband internet is going to be DSL or a satellite internet provider like HughesNet. Remember, if cable internet is available in your area, it’s always the best choice for internet when it comes to gaming.

DSL internet is fast enough to play most games if there is not a significant amount of local network congestion and you have at least a 10 megabit connection internet connection. As long as you have those requirements met, then DSL will be just fine for light gaming.

In fact, DSL internet is even fast enough to support voice communication while playing games. The problem is that with DSL, you will eventually run into a moment where your ping is really high. This can cause serious performance issues in games at the most inopportune moments.

So, Is DSL Good For Gaming Or Not?

Yes. DSL is good for gaming. Unless you are playing serious, competitive, professional, eSports, DSL is good for gaming. Remember, not much internet speed is required to be able to comfortably play multiplayer online video games. As long as there are a few megabits per second available, you will have more than enough bandwidth to play even the most complicated video games.

Annoyances like lag and losing the connection to the server really have nothing to do with your internet speed. These issues have much more to do with latency. DSL is known to have a higher overall latency than other internet terrestrial connection options, but the latency figures that DSL can provide are well within the realm of tolerable playing online video games.

This is only not true if you are a super advanced gamer where every single millisecond of the delay matters. Most people don’t play games enough to get that good. The people that do, however, will often find the DSL is not good for gaming, and will go with either fiber optic or cable internet.

Is DSL Good For Gaming On Xbox And PlayStation?

Yes. Most of the time, DSL internet can handle the speeds required for console gaming. The Xbox and PlayStation platforms are designed to work on the average internet connection. It would not make much sense if Sony and Microsoft made consoles that only worked well with the fastest internet connections available. That would leave a lot of customers out in the cold.

And just like with PC gaming, DSL is fast enough to also be able to handle voice communication during gameplay. While it may be true that DSL is plenty fast enough for playing Xbox and PlayStation games, DSL can be really slow while downloading or updating a game.

Is DSL Good For Streaming Video

Yes, DSL is good for streaming. Remember, DSL internet is commonly 10, 20, or even 50 megabits per second these days. With a connection like that, you will have no problem running multiple full HD 1080P stream.

In fact, even the slowest DSL will be more than fast enough to do video streaming. Usually when someone with DSL internet is having a hard time streaming, it’s because they have the slowest internet package their DSL provider offers and there is too much local network congestion.

With just 5 to 6 megabits per second you can probably get away with 1080P video streaming without having to deal with any buffering if you are the only one streaming video over your internet connection.

If there are, however, several people connected to your network and they are all trying to stream video at the same time on a slow connection, you might all have to take the quality down to 480P to avoid buffering.

DSL is fast compared to what it replaced. Remember, DSL is high speed internet that is delivered through the same physical infrastructure as dial up. DSL internet is almost 200 times faster than dial-up. Dial-up speeds max out at about 56 kilobits (56,000 bits) per second, while even the slowest DSL connections are 10 to 20 megabits (20,000,000 bits) per second.
DSL internet is not just fast compared to the old technology it replaced. DSL internet is just fast in general. Depending on the area, there are some DSL internet service providers that offer speed of up to 100 Mbps or higher.
There is also this new thing called bonded DSL. It’s exactly what it sounds like. It’s 2 DSL connections that are bonded together in an ISP-aware and ISP-cooperative way. This means that unlike other methods of combining multiple internet connections, a bonded DSL connection really is twice as fast as a single DSL connection.

There Are Exceptions To Every Rule

While it is certainly true that the average DSL connection will be more than capable of handling fast-action latency-dependent gaming sessions, latency is not always the problem.

Sometimes the problem comes down to reliability. Of what use is a decently fast internet connection with reasonable latency figures if you are always losing your connection?

In some areas, DSL is notoriously unreliable. Remember, the DSL signals are transmitted over an aging, antiquated, essentially obsolete telephone network.  Not only were the lines originally designed for handling voice communication, but they were not even designed to handle high quality voice communication.

There is very little margin-for-error when it comes to modulating, transmitting, and demodulating a DSL signal. If you are more than a few miles from your DSL provider’s equipment, the signal becomes much more difficult to reconstruct on the other end. This can lead to constantly being disconnected from game, which is always really frustrating to deal with.

Is DSL Good For Gaming?

With so many more internet options available these days, the question may have come to your mind: Is DSL Good For Gaming? Unless you are well aware of the last 5 to 10 years of internet technology developments, it may be difficult for you to answer that question.

While it is true that in some remote areas, DSL is know to have gaming performance issues, DSL is generally fast enough for most people to enjoy multiplayer online video games. If you are a serious eSports player, then you will want to go with a different type of internet connection like cable or fiber options, but the vast majority of most gamers will have no trouble playing on a DSL connection. With that being said, cable or fiber internet will always be a better option than DSL. So, if one of those connection types are available in your area and it is within your budget, one of those alternatives would be a better option than DSL.

We hope this article helped you decide whether on not DSL is good for gaming. Thanks for reading!