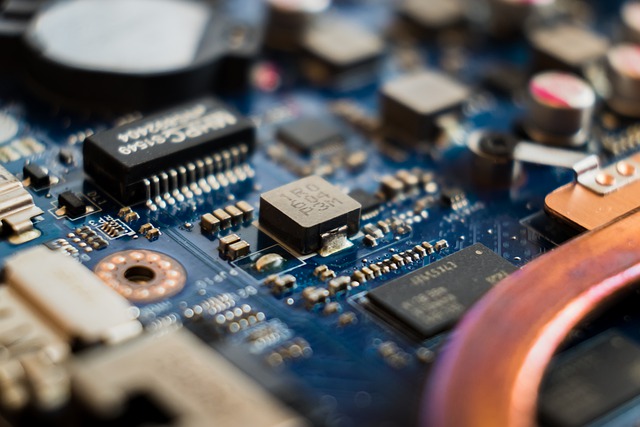 When Intel first released the Core i family of CPUs, there were only Core i3s, Core i5s, and Core i7s available. Then, a few years later, Intel released its latest flagship processor, the Core i9. So, you may be wondering, is a Core i3 processor still good for gaming?

Some Core i3 CPUs have enough power to be able to play the latest AAA games at 1080P resolution and get around 60 frames per second. Some games can even be played at 1440p and higher frame rates. The Intel Core i3-10100 in an excellent example of a Core i3 that is good for gaming because it has Hyper Threading, which is a feature that is usually only found on Core i7 and Core i9 processors, which makes the CPU more efficient and less of a performance bottleneck.

When Core i3’s were first released, all Core i3 CPUs had 2 cores and did not include hyperthreading. Because of these factors, the Core i3 was not an ideal solution for a gaming PC. Things have changed. Now, Intel makes quad core Core i3 CPUs that include Hyper-Threading. This makes the Core i3 a great choice for gamers on a budget.

Do I Need A Flagship Processor For Gaming?

Absolutely not. About 15 years ago, the answer to that question would have been yes. But it’s 2022, and things have changed. These days, you do not need the most expensive processor to play high end PC games.

The reality of the situation is that most brand mid range PCs and even top end PCs that are up to 5 years old have CPUs that are more than capable of running any brand new AAA PC game as long as you have a good enough graphics card.

Is An i3 Good For Gaming?

Yes. If you have realistic expectations for gaming performance and pair a Core i3 with a decent graphics card, you can play modern AAA titles at 1080P and get around 60 frames per second.

When playing a game, the computer divides tasks between the CPU and the GPU. The CPU gets the simple tasks that can be performed quickly on general purpose hardware and the GPU gets the complicated tasks that are made up of many components that need to be computing in parallel.

Because of this reason, the graphics card generally determines gaming performance a whole lot more than the CPU does. This is, of course, only true up until a point. If your CPU is too slow, even a fast graphics card will struggle to generate decent framerates.

Which i3 Is Best For Gaming?

When it comes to finding the best Core i3 processor for gaming, there are several options. Choosing the right Core i3 is going to come down to your budget and what socket your motherboard uses.

The most important factor when looking for the best Core i3 for gaming is its generation. As long as you are working with an 8th generation Core i3 or newer with at least 4 cores, it will do just fine as an entry level gaming processor.

Best Core i3 For Gaming

In fact, you are not just limited to 1080P. The Core i3-10100 can run some titles at 1440p with the right settings. As we all know, Core i3 CPUs are not the fastest processors on the planet. The good news is that starting a few generations back, Core i3 CPUs have been more than powerful enough to run the latest games.

Best Used Budget i3 For Gaming

You can find used Core i3-9100F CPUs on eBay for around 50 dollars. This CPU generally gets a score of around 6500 in Passmark. That’s about half as fast as Core i7 8700K. That may not sound like much, but it’s important to consider the fact that the 8700K is quite a powerful chip that is much more expensive than an i3-9100F.

So if you have a Socket 1151 motherboard and are looking for a decent gaming CPU that is not going to break the bank, then grabbing a used Core i3-9100F could be the best route for you to take.

Oh and remember, CPUs don’t wear out in the ways that hard drives or even SSDs do. That means there is really no risk when it comes to buying a CPU secondhand.

Best New Budget i3 For Gaming

This is one of the best Core i3’s when it comes to value for the money. While it is best to use a Hyper Threaded processor for gaming, the i3-8100 does not include it. It does, however, have four processing cores. The good news is that the cores in this CPU are powerful enough to go against our normal recommendation of avoiding non-Hyperthreaded CPUs for gaming.

If you are someone who doesn’t mind playing computer games on medium or low settings, then this processor will be able to provide a smooth gaming experience when paired with a reasonable mid-range graphics card.

This CPU is fast enough to play Grand Theft Auto V at 30 frames per second on its lowest settings. Overall, that kind of performance is not too bad from a budget CPU. Remember, it was not that long ago that you had to spend at least $500 on a CPU for gaming.

Are i3 CPUs Still A Good Choice For Budget Gamers?

Yes. 8th and 9th generation Intel Core i3 CPUs are still good gaming CPUs in 2022. You won’t be posting any brag screenshots showing 100+ frames per second, sure, but you will be able to play your games at reasonable framerates, quality settings, and resolutions. Most of the time a Core i3 works great for gaming.

It’s possible to get around 60 FPS with a Core i3 as long as it’s paired with the right graphics card. On games that are CPU intensive, like Assassin’s Creed Odyssey and Origins, Battlefield V, or Shadow of the Tomb Raider, you can expect frame rates to occasionally dip into the high 30s.

Is i3 Good For Gaming?

It’s important to keep in mind, however, that many recent games like Metro Exodus, Rage 2, or Hitman 2 will cause some occasional stuttering during gameplay on a Core i3.

As far as eSports titles go, 9th generation and higher Core i3 CPUs are an excellent choice.  All the popular eSports titles like Rocket League, CS: GO, League of Legends, Warframe, Apex Legends, World of Tanks, Fortnite, and Overwatch will all work totally fine on a Core i3 CPU.

There is one exception to this rule. PUBG is known to be poorly written, so it’s a bit harder on the CPU than it should be with a Core i3 CPU. Do mind that the CPU is targeted at 1080p gaming.

Generally speaking, if a game is more efficiently programmed and well designed, then it will require less processing power for it to run. So, games that are poorly written will tend to lean more on CPU performance than GPU performance.

The 10th gen i3-10100 provides decent performance at or above 60 frames per second. This is much better than the prior generation i3 9100 and 9100F chips. This extra performance is because of the hyperthreading found in the latest i3 CPU.

This makes the Core i3-10100 an excellent choice for a solid budget gaming CPU. It can be used to play most games at 1080p or even 1440p at 60 FPS as long as you have the right graphics card to go along with it.

Even still today in 2022, the Intel Core i3-10100 is the best Core i3 CPU for gaming. That is all thanks to its 4 hyperthreaded cores that provide usable CPU 8 threads. It has performance that is on-par with the Ryzen 3 3300X, which is known to be one of the best budget CPUs for gaming. The Core i3-10100 also holds its own against its bigger brother, the Core i7-7700K.

Hot To Pick The Best Graphics Card For A Core i3

Core i3’s are best for 1080p and 1440p gaming. The nVidia GeForce RTX 2060 or RX 5600 XT are excellent graphics cards to pair with a Core i3. Those graphics cards will provide your processor with the best possible gaming performance without overdoing it.

Remember, a Core i3 CPUs doesn’t have nearly as many PCI express lanes as Core i7 or Core i9 has. Because of this, there is a certain bandwidth limit  between the CPU and GPU that is experienced when gaming on a Core i3.

This only becomes noticeable when pairing a Core i3 with a really high end graphics card. Most mid range graphics cards will not be bottlenecked by a Core i3.

How Much Ram Does A Core i3 Gaming PC Need?

Size is not the only factor when it comes to memory. Memory also has a speed associated with it. So, make sure to get the RAM with the highest megahertz that your system supports.

Are i3 CPUs Futureproof Enough To Run Next-gen Games?

Not directly. I wouldn’t exactly say that an i3 itself is future proof as it’s one of the lowest-end processors you can get for any particular platform that happens to be able to support it. Core i3 based systems, on the other hand, have excellent futureproofing.

The fact of the matter is that if there are some Core i3 CPUs that can play the games that you want, then it’s only uphill from there. Your CPU socket will still support Core i5 and Core i7 CPUs, providing you with an excellent upgrade path.

Not all Core i3 CPUs are suitable for gaming but the most recent once have enough processing power to run modern PC games at reasonable resolutions and frames rates. Some games do better than others, and you have to make sure you have a decent graphics card and the right Core i3. If you are looking for a Core i3 that will have the power you need to play games with decent performance, then look no further than the Intel Core i3-10100. Because this CPU has Hyper Threading enabled, it makes the CPU much less of a performance bottleneck.

We hope this article helped you learn weather or not a Core i3 is good for gaming, thanks for reading!