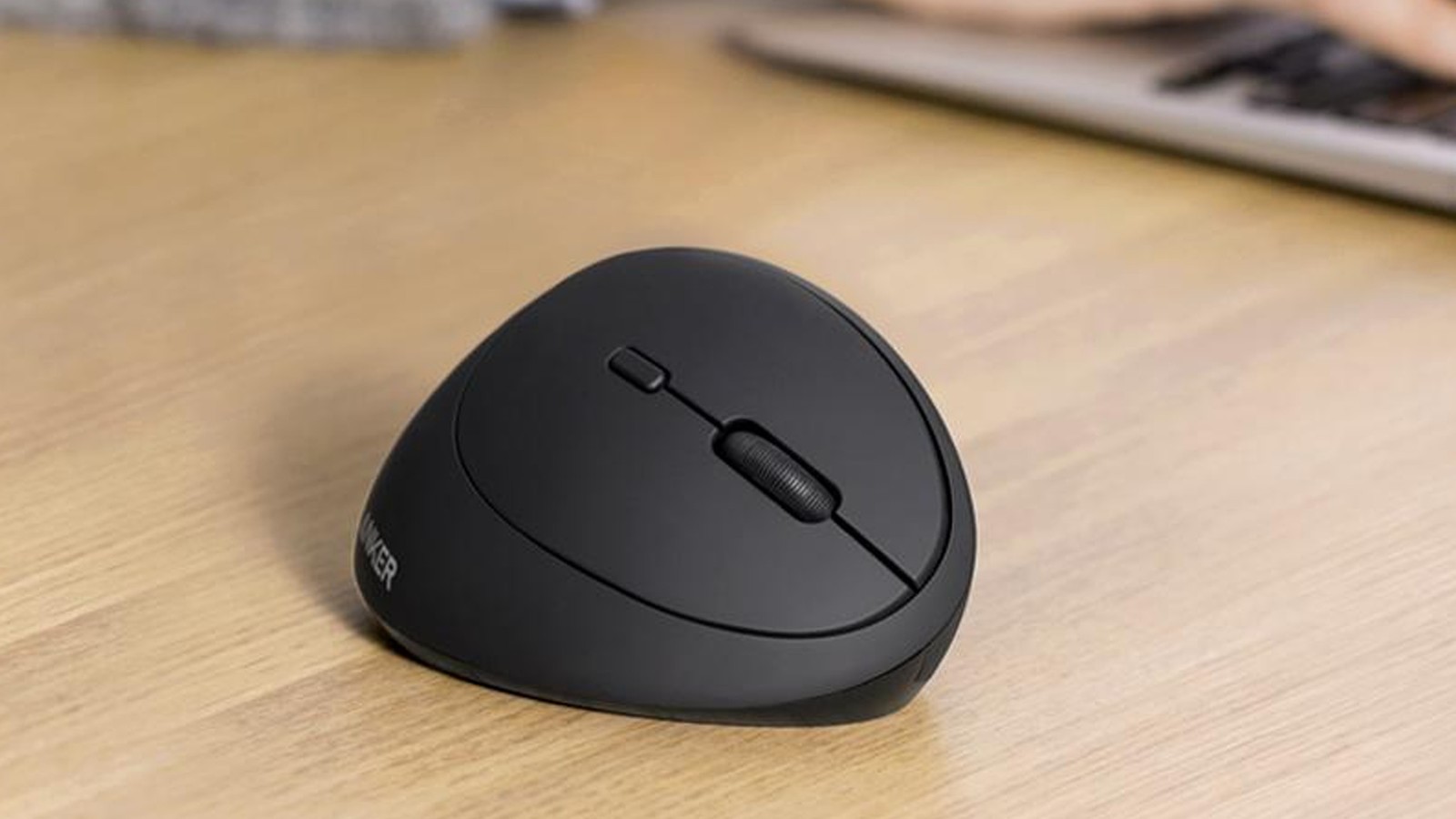 Gaming mice have come a long way. There are some major differences between modern gaming mice and basic optical mice that you often find bundled with a PC or generic keyboard. Gaming mice provide many benefits compared to normal mice, even if you are not a gamer.

So, if you were wondering if gaming mice are worth it, you are in the right place. In this article, we will go over all the reasons why you might want to get a gaming mouse, even if you are not a gamer.

How Much Does A Gaming Mouse Cost?

At the high end of the spectrum, a wireless gaming mouse that includes swappable parts can cost as much as $150. Smaller, less customizable gaming mice can cost as little as $40.

The gaming mice that can be found in the lower cost bracket may not have all the bells and whistles as the mice with swappable parts and weights, but the most important aspects like high quality sensors and DPI switching will be present.

Not All Mice Are Created Equally

Ergonomics, features, reliability, customization, and accuracy are the most important differences between a gaming mouse and a regular PC mouse.

Gaming mice are often built to be much more comfortable than a regular mouse. This is because gaming sessions can last hours and hours, sometimes they can last all day or multiple days.

So, it’s important for a gaming mouse to be as comfortable as possible. If something is made to be comfortable to continuously use for 8+ hours, then it will be just fine for working with Office documents a few hours at a time.

Depending on the gaming mouse, it may have support for specific grip styles. Also, a gaming mouse may have either ambidextrous support or will only be ergonomic for one hand. Some of the best gaming mice even have adjustable weight.

In the world of gaming, there are 3 popular grip styles. Different gaming mice are made to support one or multiple grip types. This is something that is exclusive to gaming mice, as normal mice are rather generic and won’t have any design considerations to make them suitable for any particular grip type.

The best thing to do is to get a gaming mouse that is made for the style of grip that you use.

Palm Grip: The palm grip is the most common grip type. This is when the entire hand rests on the mouse.

Claw Grip: Claw grip is the most common grip type for competitive gamers because it is the grip that allows the most precise button clicking.

Fingertip Grip: The fingertip grip allows far greater movement control than the other grips. Also, it’s a more natural feeling grip compared to the claw grip. The problem is that a fingertip grip can be tiring.

While the weight of a mouse may not seem like an important aspect, it actually can be. Some competitive games require a level of consistency that is difficult to achieve with an unweighted mouse. Also, a weighted mouse adds more to the level of customizability.

Low cost mice and gaming mice that are designed to be as light as possible won’t have an adjustable weight.

In a weighted mouse, the weights are inserted in the mouse to add a few grams of mass. The weights can even be added to different parts of the mouse so that the user is able to achieve the perfect balance for their preferences.

Unlike regular mice, gaming mice include a software utility and often have some form of lighting customizations.

The lighting features are pretty much useless and will not add to the experience, but gaming mice often come with useful software that allows you to program the buttons, change the sensitivity, and other mouse features.

Gaming mice will always receive more software support from their manufacturers than regular mice ever would.

For example, Logitech released an update recently that improved the performance of the sensors in their mice that use their newest ‘HERO’ sensor. This totally free update made these specific mice more accurate and gave them a finer DPI adjustment.

The extra buttons found in gaming mice are very useful for games, but they can be used for just about anything you could imagine. This is because most gaming mice software gives the user the ability to remap a button to give it new functionality.

Gaming mice generally have more buttons than their more conventional counterparts, so the user has more options to work with.

Some gaming mice have fewer additional buttons, while some can have many buttons. That really depends on the kind of games the gaming mouse is designed for.

Gaming mice that are optimized for FPS (First Person Shooter) games usually have 6 to 8 buttons while a gaming mouse made for MMORPG (Massively Multiplayer Online Role Playing Games) can have as many as 20 buttons!

One of the best things about owning a gaming mouse is the ability to use macros. Macros are small, automation programs that run on your mouse to streamline certain complex operations into a single button.

In addition to the programmable buttons, most gaming mice come with dedicated buttons to control the mouse sensor’s DPI (Dots Per Inch). When you have a lower DPI, it makes things like snipping easier. Then, you can switch the DPI on the fly for increased sensitivity for other situations.

Gaming Mice Have Many Non-Gaming Benefits

Gaming mice provide many benefits to the user, even if you are not using the mouse for gaming. Here are some of the most common advantages of using a gaming mouse:

Even if you are not a gamer, having programmable buttons can be extremely useful in increasing the efficiency of your workflow, even if it’s just one.

Generally speaking, gaming mice are built to be much more durable than their standard counterparts. Gaming mice use better components and are usually built with better materials.

While the application of paint on a normal mouse would, at best, be described as ‘minimal’, gaming mice use high quality paints. Some even use high-performance coatings to increase friction between the mouse and the user’s palm.

Gaming mice use far better switches and sensors than you will ever find in a normal mouse. The buttons in a gaming mouse will not wear down nearly as fast as the buttons in a standard mouse will.

Gaming mice, especially those from Corsair or Logitech, are known to have warranty periods lasting several years. This shows that these companies have confidence in their products. Regular mice generally have much shorter warranty periods.

A mouse’s polling rate is the speed in which it is able to report its positional information to the computer.

Gaming mice, on the other hand, can have polling rates in the kilohertz. So, a gaming mouse with a 1khz (1000Hz) polling rate means it updates the computer with the mouse’s position once every millisecond. That is about 8 times faster than your average non-gaming mouse.

As you can probably imagine, having a faster polling rate helps reduce the effects of latency on the game. This will give you an advantage in many gaming situations. The best thing about gaming mice is the fact that the polling rate can be customized to suit your needs.

The sensor is the heart of the mouse and enables it to know where to move the cursor. There are different types of sensors that are commonly used in mice.

While there are several sensor types still in use, we are going to cover the most popular modern sensor technologies:

Lasers: A laser sensor uses a laser light to track movement and a camera-like sensor to understand those inputs. These are more \common for regular mice

Laser mice work better on a larger variety of surfaces such as glass. These mice, however, can often pick up too much information because the light travels some distance inside the surface before bouncing out again.

Gaming mice have a lot of features that are critical for playing the latest games. For non-gamers, however, these gaming mice can be really useful and, in many ways, are better than a normal mouse.

Gaming mice are well worth the purchase due to the fact that they have a higher build quality and higher level of comfort when using them for long durations. A gaming mouse will last you a lot longer and will be much more accurate than a regular mouse. Also, gaming mice include customization options, more buttons, and options that let you change how the mouse fundamentally operates.

We hope we were able to provide a definitive answer as to whether or not gaming mice are worth it. Thanks for reading!