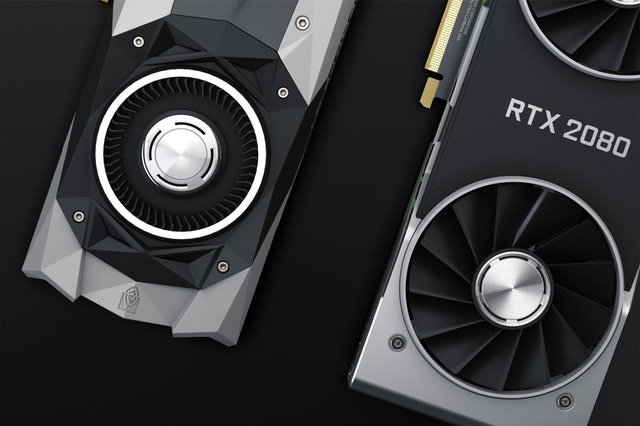 The Nvidia GeForce GTX 960 is a well-respected graphics card available on the market. It boasts some strong performance metrics made by one of the top chipmakers. Determining whether the GTX 960 is the right choice for you depends entirely on your needs.

This review of the GTX 960 will analyze key benefits, pros, cons and provide a detailed view on if it is worth the purchase. To summarize, the GTX 960 is not worth it if you are looking for a card with more speed to handle newer gaming capabilities. With 1080p performance, it can be serviceable, but more recent games require faster speeds now.

Before you decide on the GTX 960, make a list of the essential features you are searching for in your next purchase. It will help make it easier to identify your goals and whether or not the GTX 960 can help fulfill them.

What is the Nvidia GeForce GTX 960?

The upgrade from the GTX 760 was a generational move by Nvidia and certainly addressed core concerns about performance. The GTX 960 is a power-efficient option with upgrades overclock ability and power consumption.

While it is not the recommended option for higher-end gameplay, it can serve as an excellent option for entry-level gamers looking to get started. We are also not fans of the memory configuration as it runs slower than average.

Comparisons have been made that the GTX 960 is basically the GTX 980 halved as all essential functions are 50 percent less in size. These features include memory, RAM bus, L2 cache, ROPs, etc. Despite these lower function components, the clocks operate at higher levels, giving this chip some gaming market usage.

Because the GTX 970 and 980 have been market hits and runaway successes, the 960 gets overlooked. Despite some limitations, it is a good product for the right usage.

What to expect with the Nvidia GTX 960?

Nvidia cards are well-made products and typically require less power to function at higher levels than comparable competitor cards like AMDs. This holds true for the GTX 960 too.

Upon arrival, you can expect a clean-looking product that is lightweight and durable. Performance is a 60 percent upgrade and doubles the overall power efficiency compared to the previous generation models.

There is a VXGI feature for more realistic lighting and support for smoother performance and loading. The Nvidia GSYNC technology is an upgrade in this particular product to contribute to smoother load times and less power consumption required.

The dynamic super-resolution provides 1080p gaming on a variety of displays with multiple compatible options to choose from.

The EVGA ACX 2.0 cooling technology keeps the temperature low for extended overclocking capabilities. With lower temperatures during gaming, there is more room to run higher speeds at better resolutions. There is also a memory MOSFET cooling plate included reducing temperatures by 11 degrees celsius without sacrificing performance.

This is the key to keeping the GTX 960 cool enough for longer run times. There are also optimized straight heat pipes to reduce the GPU temperature by another 5 degrees celsius.

This GPU is also easy to install and comes with a user manual, driver disk, poster, and stickers, along with the chip itself. It runs very quietly, and thanks to upgraded technology features, it runs cool too. The streams to TV are seamless without much trouble.

Drivers are quickly and automatically installed too. You can remove the graphics card and put it into a computer, and all the work is completed in under 30 minutes. It is a simple setup.

Below is a complete breakdown of the core specifications highlighting the GTX 960 capabilities:

The GTX 960 has double the features and capabilities of the GTX 750/760 models. It comes with a GM206 processor and 1024 CUDA cores. The card also features 2GB memory and a 128-bit interface at the base model. There are options to upgrade in the same model but with more memory.

This card consumes 120W of power through a 6-pin power connector. Nvidia initially advertised this card as the best option for multiplayer online battle gaming because of lower power usage and noise. While this was true at the time of the release in 2015, it has become a bit outdated how it can handle newer games.

What motherboard options are there?

Deciding on a motherboard is essential. You must find the right option that is compatible with both the GTX 960 and your device. We have two options that we consider the best choices to pair with the Nvidia GTX 960.

The MSI Arsenal B450 motherboard supports a long list of graphics cards with performance in mind. It can handle larger loads and supports DDR4 memory and up to 4133 MHz.

The temperature cooling features are equipped with extended heat sink designs to keep temperatures lower with PWM heatsinks and a more complex circuit design. Your graphics card can run at full speed without disruption due to overheating.

If you are searching for faster gaming, this is the best choice for a motherboard. It comes ready to go with 1x turbo M.2 and turbo USB 3.2 gen2 addons.

The core boost has a premium layout with extra power designs for larger core support and better overall performance. All gamers should pair the GTX 960 with this motherboard.

The ASUS AM4 TUF motherboard maximizes the connective for GPU cards with multiple power outputs. There are comprehensive cooling features with an active PCH heatsink, VRM heatsink, and hybrid fan headers.

Gaming network access allows for Intel network wireless connection along with Bluetooth and ethernet plug-ins. This is a great choice to go with the GTX 960 because of its cooling and overclocking compatible features.

What is the max temperature the GTX 960 can handle?

Power consumption and overclocking are two key factors that contribute to higher temperatures on your graphics card. The max temperature for the GTX 960 card is 98 degrees celsius.

This temperature is considered the absolute maximum, and ideally, temperatures should range between 70 and 85 degrees on average to preserve your card for longer and maintain optimal performance.

Deciding on memory size entire depends on your current usage. If you are strictly gaming with 1080p resolutions, the 2GB is probably all you will need for memory. If you are testing 4K resolutions, the 4G memory will provide better support, faster speeds, and long-lasting memory to accommodate you.

We recommend spending a little extra money and upgrading the 4G of space. It can only make your GTX 960 faster and better, giving it a better chance to handle newer games at adequate speeds.

The initial analysis on the 2G version is that games between 2010 to 2014 will run great, but after this generation, they tend to slow down as the games become newer.

With an upgrade to 4GB, we saw significant increases in speeds and performance on new games. There is no harm done in doubling your GB memory and adding an extra 2GB.

How many PCI-E power pins are needed?

The GTX 960 graphics card requires a single eight-pin PCI-e power source. It also includes an adapter for you to use two extra six-pin PCI-e cables as an alternative.

Depending on whether you purchase the 2GB or 4GB option, the total number may vary. With the single eight-pin and two additional six pins, you should be covered for all required uses.

There is an option to receive a six-pin PCI-e power source with an additional eight-pin instead of the traditional way.

Can you run multiple monitors with this card?

Yes, you can. Expect to run two or three monitors and have no issues with either the speed or performance.

This graphics card does not suffer setbacks, and with lower power consumption, it will run perfectly fine with multiple monitors hooked up. The 2GB version can handle a double monitor setup with ease.