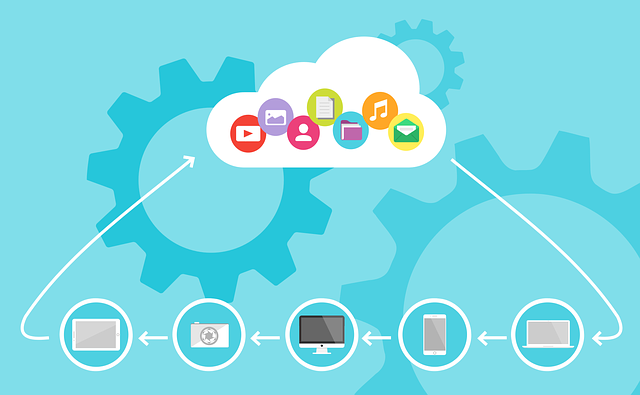 It’s never been more important to have computer skills. We rely on computers for virtually everything that we do nowadays. And that reliance will only increase as time moves forward.

It’s this set of facts that inspired the Raspberry Pi. It’s a tiny computer that plugs directly into a monitor and enables people of all ages to learn about computing and coding. But if you’re using the Raspberry Pi 3, you might run into some issues while you do. The “No Wireless Interface Found” error is one of the device’s most common.

If you’re getting a “No Wireless Interfaces Found” error, then you may need to update your operating system. You may also need to change your WiFi country setting or unblock your device’s WiFi with the command, “Code: Select all, sudo rfkill unblock all”. You can also check to see if WiFi is blocked on your device by typing in, “Code: Select all, sudo rfkill list all”.

What is Raspberry Pi 3?

The Raspberry Pi can seem a bit complicated if you’ve never used one before. But they’re actually quite simple. Essentially, Raspberry Pi 3 is a credit-card-sized computer. It plugs directly into a TV or monitor and can be used with a keyboard and mouse.

The Raspberry Pi can do everything that a desktop computer can do. It’s capable of browsing the internet, playing high-definition videos, and even playing games. The device also enables people to connect with the outside world thanks to its WiFi connectivity.

The Raspberry Pi 3 was created by the Raspberry Pi Foundation. Their goal was to teach people of all ages how to program in languages like Scratch and Python. At the same time, they want to help spread computing knowledge across the globe. That’s why Raspberry Pi devices are always sold at a low cost.

What is a Raspberry Pi 3 used for?

Raspberry Pi 3s can be used for pretty much anything you would use a standard computer for. They may not have the processing power of a full-sized PC. But you can still use them to play games, access the internet, talk with others, and even create music.

The things that you can do with a Raspberry Pi 3 are virtually unlimited. The device can be used for almost anything that you can imagine.

Can a Raspberry Pi 3 run Windows?

Yes, an open-source developer named Jose Manual Nieto Sanchez came out with a tool that enabled this in 2019. You can get the code that you need for this by visiting this Github page. But you will need a few things before you can get started.

The code from the Github link requires that you have either a Raspberry Pi Model B or B+. You also need to have a microSD card. The developer says that a microSD card with an A1 rating will work best.

If you have those things, then simply add the code from the Github page to your device. Once you do, you’ll be able to start running Windows 10 directly from your Raspberry Pi 3.

What Does Raspberry Pi 3 Model B do?

This means that if you’re looking for a way to get a bit more power out of your Raspberry Pi 3, upgrading to the Model B could do the trick. It also adds wireless LAN and Bluetooth connectivity. That makes it an ideal choice for creating powerful and connected designs.

Can a Raspberry Pi run Chrome?

Google Chrome is one of the most popular web-browsers in the world. It’s used by millions of people across the globe. So you might be hoping to set it up on your Raspberry Pi device.

But unfortunately, Raspberry Pi 3 does not support Chrome. There aren’t currently any builds of Chrome that will work on ARM-based desktops. That is, besides the ones that have been designed exclusively for Chromebooks.

Google may still optimize the Chrome browser for Raspberry Pi in the future. But there’s been no announcement or any other sign that something like that is currently in the works.

Can you watch Netflix on Raspberry Pi?

Yes, you can watch Netflix on Raspberry Pi 3s. But you need to go through a setup process before you’ll be able to do so.

To start, you need to download OSMC. This is an open-sourced media player that’s built around Kodi. Once you’ve downloaded OSMC, go through the setup process. Simply follow the prompts that you see to complete it.

Then, access the terminal and set OSMC to a nightly mode. Step-by-step instructions for this process, including the code that you need to write, are shown here.

Finishing up the rest of the process is easy enough. Just download Netflix, install the app, configure it, and you’re ready to boot it up. Setting up Netflix on your Raspberry Pi 3 is as simple as that.

What are the advantages of Raspberry Pi?

Raspberry Pi has a number of advantages that make it worth your attention. This starts with its low cost. Devices can be purchased for as little as $35. And you can use them for most of the same tasks that you would use your computer for.

Additionally, Raspberry Pi stands out with its massive amount of processing power for such a compact board. With that, there are many interfaces and support for both Linux and Python. This makes it very easy to create and share applications on your Raspberry Pi.

Why do they call it a Raspberry Pi?

The Raspberry Pi name harkens back to the earliest days of personal computer manufacturing. In these early days, there was a tradition of naming computers after fruit. For example, there was the Tangerine Computer System, Apricot Computers, and of course, Apple.

So the Raspberry Pi was named to honor the developers who helped to make its construction possible. At least, that’s what Raspberry Pi’s founder, Eben Upton, said in this interview.

Can a Raspberry Pi run Minecraft?

If you’d like to start playing Minecraft on your Raspberry Pi, then you’ll need to download it and go through a simple installation process. There’s also some configuration work that you have to do. Step-by-step instructions for the process can be found here.

Can a Raspberry Pi run Python?

Absolutely! In fact, Python was chosen as the main language for all Raspberry Pi devices. It was chosen for its power, versatility, and ease of use.

When you purchase a new Raspberry Pi device, Python will come preinstalled on it. That means you’ll be ready to start creating with it straight out of the box. The device even comes loaded with several different options for writing Python code on your Raspberry Pi device.

Can I sell my Raspberry Pi projects?

Yes, you can try to sell many applications that you might make with a Raspberry Pi. But before you try doing so, you need to make sure that you’re not violating any legal requirements.

This just means that you can’t use licensed code in your projects and attempt to sell them after you do. Keep in mind, even some open-source code will have licensed code in it. So be sure to double-check before you try to sell your applications.

Can you make money with a Raspberry Pi?

How much does it cost to run Raspberry Pi for a year?

Raspberry Pi was created with an eye towards affordability. That’s why the device can be purchased for so little. But it also will cost you hardly anything to run it for a year. Running a Raspberry Pi under maximum load for a year shouldn’t cost you more than $5.