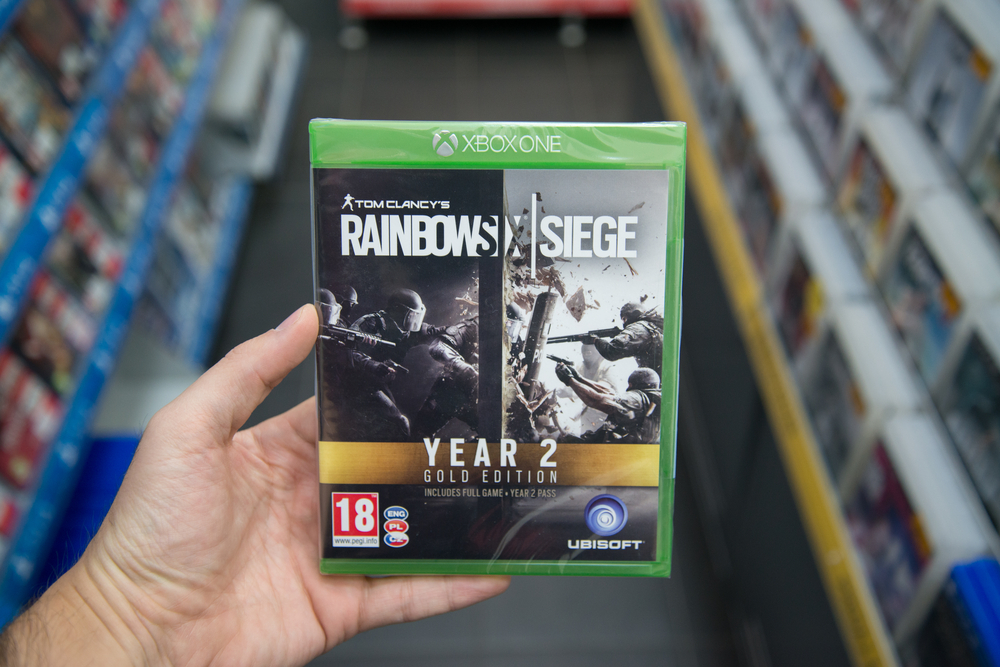 Now that we have gone through the causes of the said error message, let us get into the solutions that you can implement to get rid of the issue for good. The below solutions have been reported as working by other users so they are very likely to work for you too.

As it turns out, some of the third-party antivirus suites are overprotective and usually interrupt connections that are being established with your system which often causes certain issues such as this one.

This happens when your antivirus suite thinks that the connection being established is not safe and therefore often terminates it or meddles with it.  To avoid this kind of behavior, you will have to create exclusions on your antivirus suite for Rainbow Six Siege so that it is not scanned when you are mid-game.

Alternatively, a good and recommended method of completely omitting the indulgence of your antivirus suite would be to uninstall it from your system and then remove any remaining files. Doing so will completely remove the trace of the antivirus software on your system.

Here’s how to uninstall your antivirus software:

To open up the Start Menu, press the Windows key
Once the Start menu has opened up, type in Control Panel and then press Enter to open the Control Panel window.
Once there, under Programs and Features, click on Uninstall a Program.

Here, you will be shown a list of the installed applications on your system. Scroll through the list and locate your antivirus software.

Once you have found it, double-click on it and then click Yes when the UAC dialog box appears. Follow the on-screen prompts to complete the uninstallation.

After you have uninstalled the antivirus software, you will have to remove the remaining files that are stored usually stored in the AppData directory.
After you have done so, try joining a game again and see if the issue persists. If so, move on to the next solution.

As we have mentioned, your network configuration is very likely to be the cause of the issue. Your DNS settings are usually the culprit in this scenario. You will have to flush your DNS and then see the issue persists. However, before doing this, we recommend verifying the integrity of game files so that you are sure that the issue is not because of missing or corrupted game files. Once you have done that, you can move on to flushing your DNS. Doing this is very easy and can be done pretty quickly.

You might have to do flush your DNS a few times before the issue is resolved as reported by a user who was facing the issue. To flush your DNS, please follow the below instructions:

To open up the Run dialogue box,  press the Windows Key + R
Type CMD and then press Enter. This will open up the Command Prompt.
Once the command prompt has opened up, type in “ipconfig /flushdns” without the quotation marks and then press Enter.
Flush DNS
Repeat this a few times as mentioned above.
Close the command prompt.
Head to your game and see if the issue is still there.

Another thing you can do is change your network settings to use a different DNS server. Certain ISPs block various connections due to which the users often face connectivity issues.

The workaround here would be to configure your network to use a public, robust, and private (in terms of privacy) DNS server other than the default one which is controlled by your Internet Service Provider.

For this purpose, there are various public DNS servers that you can use. However, we would recommend using the DNS server provided by Cloudflare due to its robust and privacy features. The IP is 1.1.1.1. To change your DNS server, please refer to the How to Change DNS in Windows 10.

If you tried the above and they failed, it could be due to the fact that the game is not able to establish a connection with the game server, hence the connectivity failure.  Port forwarding is the next thing to do.

It can be different depending on the router/modem you are using as well as the manufacturer.  However, for the sake of reference, you can check how to forward ports for online gaming. You will just have to replace the ports with the ports provided by Ubisoft in the above-mentioned link.

We went through several user reports and gathered a list of various causes that were being the root of the issue for different users. Here are the reasons that usually cause the error:

Third-party Antivirus: As it turns out, some third-party antivirus installed on your system can interrupt the connection due to which the error message pops up. If this case is applicable to you, you will have to either uninstall the third-party software or create some exclusion.

Network Configuration
The issue can also occur due to your network configuration. This, in this particular case, points to the DNS and your IP address. Since the issue refers to a connectivity issue, this is one of the more likely causes of the said error message.

If this case is applicable to you, use a different available DNS other than your ISP or flush your DNS. Blocked Ports: In some cases, the issue can be due to the various ports blocked on your network.

You will have to manually forward the ports so that the game server can easily connect to your system. When the game is not able to establish a connection with the data center using the specified ports, your game will certainly disconnect.

Rainbow Six Siege Error 2-0x0000c015 has been around for quite a while now and it has been plaguing the gaming experience of various users.

In some regions, the issue happened to be due to the government or ISP restrictions which were blocking various ports for unknown reasons. Nonetheless, the above solutions should help you resolve the issue.