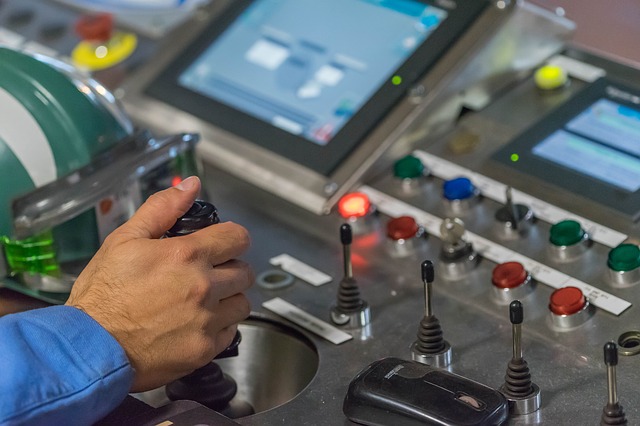 One of the most common sights when going on a website is the chatbot popping up and asking if we need any help. Not only does this make us feel like valued customers, but it helps businesses filter through customer service inquiries quickly.

From marketing chatbots to the essence of mobile app development, automation is becoming more prevalent. But, more than this, it shows actual real-world uses for automation. How else is automation used to make our lives easier?

Automation as a New Way of Life

The first real-world example of automation that will have convinced enough people about the validity of the technology is the self-driving car. Autonomous vehicles build on technology that helps us park our cars hands-free to go one step further and help the whole car drive itself.

Some of the benefits in the automotive sector include the reduction in accidents caused by human error and greater efficiency. Most traffic jams are caused by human delay, so autonomous cars working together would speed up the driving process.

Part of the benefit of automation is that it can simplify complex industries or processes, which will allow people to enter industries that were previously solely for those with a deep knowledge of them.

Automation is helping people engage with things they might not have been able to before across a range of industries, but its role in the finance industry is the most striking.

This helps to provide a better glimpse at the financial position of forex trading than traders have been able to utilize before. The use of these tools and analysis of the information helps new traders understand the industry.

Automation to Speed Up Our Lives

The hiring process for jobs has also been expedited with automation. The ability to sift through dozens of CVs for relevant information helps employers find their new hire quicker.

But in a saturated job market, many jobseekers could end up feeling disheartened that an algorithm would be making the decision to reject their application. The automated nature has been adopted across jobhunting sites as potential employees can input their CV data and then wait to find a match.

Dating has also been given a boost through automation. Matchmaking has always relied on the intrinsic theoretical aspects of helping people find love and this is being used on a commercial scale to weed out unsuitable suitors.

While there is no formula for love and the spark of romance, dating sites that utilize automation help to clear some of the most unsuitable potential matches to allow the dater chance to sift through more of their potential matches.

How Could Automation Be Improved?

Factories have had elements of automation as standard practice for some time now, but one in the UK showed how a predominately robotic workforce could speed up processes.

The Ocado factory used robots to work the factory floor, with the algorithms they were programmed with helping to speed up manual work. But as they found out when a fire broke out, there are still some kinks in automation.

The fire, that wasn’t detected by the robots, showed that while automation can be useful, human supervision is needed alongside it. This helps inform how automation can be improved. As with the Industrial Revolution, each step in the process needs to be experimented with to see what works and what doesn’t.

There is some reluctance about having too much automation, in case it replaces human jobs. While many processes are being automated and freeing up humans to do other jobs, this is actually beneficial.

Rather than wasting time dealing with manual activities, human workers are able to focus on things that only humans can do – such as qualitative analysis, idea generation, and face-to-face work.

By giving robots work that they can do well, industry can be further improved to allow humans to focus on areas that could be improved and that automation couldn’t work in – such as customer relationship building.

Automation will be truly given its legitimacy when it becomes more prevalent in our lives. We might not even realize it’s presence, but it is being amalgamated into existing processes to speed things up for both parties. Whether this helps us connect with an industry we haven’t been able to before or helps us find out dates quicker, automation will truly be embraced once its inherent benefits to our day-to-day lives are felt.