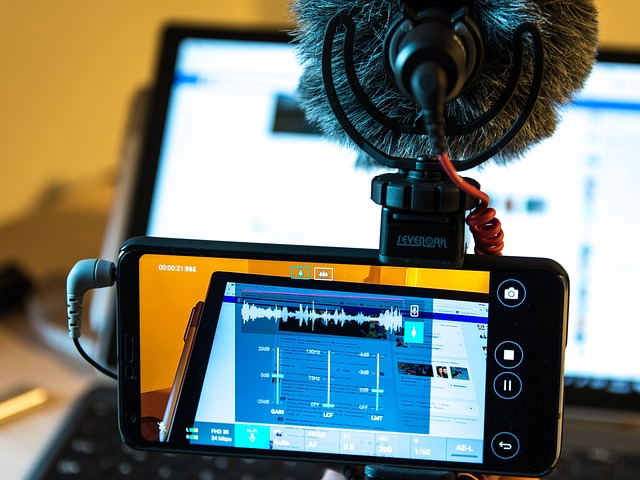 Do you have a need to record your computer or phone screen? If so, and you are having trouble getting that done, you’re in the right place. Almost every device, whether it’s a Windows PC, Mac, Chromebook, or phone, has a way to record the screen built-in. Even iPhones and Android smartphones do.

If you are in the Apple ecosystem, then it’s easy to record your screen on a Mac or iPhone in just a few steps. A good MAC screen recorder with internal audio can help you a lot.

Using a Windows PC, you will have to use a separate program. And you can do it on Android, but it can be difficult depending on the version of Android you are running.

Regardless of what device you are trying to record on, we can help. In this article, we will take you through the process of recording your screen, step-by-step. We will walk you though how to record your screen on a Mac, Windows PC, Chromebook, iPhone, or Android. We will also discuss some common reasons why you can’t record your screen.

There are a number of reasons why your screen recording might not be working. It depends on your device, software settings, operating system version, and several other factors.

It could be a virus installed on your machine, although this is unlikely. It could also be an issue with a software update or a failed operating system component.

If your screen recording has suddenly stopped working, it could be because of a malware infection. When malware (viruses, spyware, etc.) get installed on your device, the consequences are unpredictable. Depending on what the goal of the malware is, it could:

1: Uninstall software (such as a screen recorder) to prevent you from using it to get help with your issue remotely.

2: Corrupt your file system to a point where the files for your screen recording program become corrupt.

3: Block you from accessing parts of your system that you could use to remove the virus, in turn removing your ability to access your screen recording software.

Sometimes, software updates just don’t go as planned. Windows users have to deal with this more than others, but it happens to everyone.

Everything is working fine and then, out of nowhere, your operating system is due for an update. The update itself goes smoothly, but when you start your computer after it finishes, you might notice that some programs don’t work anymore.

This does not always happen, and it usually isn’t too serious of an issue. The reasons behind updates failing can be complex, but the solution is often to simply reinstall the programs that stopped functioning.

Why Would You Want to Record Your Screen?

There are several reasons why you might want to record your screen. It can be useful to demonstrate how to do something, capture a problem with an application to share with the development team, or share feedback with someone. You would be surprised how many words you can avoid writing if you capture the moment in the video.

There is some screen recording software that goes a bit further. With the right software, you can capture webcam videos of yourself and display them in a window overlaid on your screen recording. This lets you add a personal element to your explanation.

How to Screen Record on Mac

If you have macOS Mojave or newer, there is a built-in feature that will let you record your screen on a Mac. It’s super easy and there is a hotkey for it.

Step 4: The recording will show up as a thumbnail at the lower-right corner of the screen. If you click it, it’ll ask you where to save the file.

Use QuickTime to Screen Record on Mac

You can also use QuickTime which comes with macOS:

Step 3: Click the red Record button to start the recording

Step 5: Click File and then Save to save the Recording.

FYI, If you only want to capture a still image on a Mac, you can press Command + Shift + 4. Then, select the area that you would like to capture.

How to Screen Record on Windows

Unfortunately, screen recording isn’t built-in into Windows like it is on macOS. If you already have Microsoft Office installed, then your quickest route to recording your screen on Windows by using PowerPoint.

The very last thing you want to be thinking to yourself when you are preparing files for a presentation at work is ‘Why Wont My Screen Recording Work?’ So, this is how you can use PowerPoint to record your screen when all else fails:

Step 3: Then you can select the area that you would like to record. To record the whole screen, press Windows Key + Shift + F

Step 4: After that, click the Record button. You can also press Windows + Shift + R

Step 6: When you are done, the recording can be saved as a video file, independent of the PowerPoint presentation

The very last thing you want to be thinking to yourself when you are preparing files for a presentation at work is ‘Why Wont My Screen Recording Work?’

Microsoft happens to pre-load the Xbox Game Bar on Windows devices for use in video game recording, but it also works for recording other parts of the screen.

Step 1: Enter ‘Xbox’ into the Start search bar and open the Xbox app

Step 2: Hold the Windows key and press G on your keyboard

FYI: If all you need to do is capture a still image on Windows 10, just press Ctrl + PrntScrn, then select the area that you want to capture. Then release.

How to Screen Record on Chromebook

Chromebooks do not include a built-in way to record the screen. But the process to enable that feature is simple. All you have to do is find a good Chrome screen recording extension.

Vidyard’s Chrome extension users to quickly record and save or share videos directly from the Chrome web browser. Users can also easily access their existing library.

Step 1: Click the Vidyard extension located in the upper right corner of Chrome

Step 2: Select the type of recording that you want

Step 3: Perform an Audio Test to make sure that your microphone is functioning properly. You can switch the device you use to capture audio and video in the drop-down menus

How To Screen Record with Vidyard Chrome Extension

You can easily record still images and videos in just a handful of simple steps.

How to Screen Record on iPhone

Most iPhones have some built-in way to record the screen.

Step 1: Just go to Settings, then Control Center, and then Customize Controls. After that, tap + next to Screen Recording

Step 2: Swipe upward from the bottom edge of the screen. If you are using an iPhone X, then just swipe down from the upper right corner of the display

Step 3: Long press on the record button and then tap the Microphone to record sound

Step 4: Once that is done, you can then tap Start Recording

Step 5: If you have already enabled your microphone, or if you just don’t want to record audio, you can simply tap the circle record button. Once you do that, there is a 3-second countdown and then it starts recording

Step 6: A red Recording bar appears at the very top of the screen when you start a recording begins. After you are done, just tap that bar to bring up the option to Stop screen recording

Step 7: On this screen, you can tap Stop recording or hit Cancel to continue recording

Step 8: Your recordings can be found in the Photos app

FYI: If all you need to do is capture a still image on an iPhone, just hold the Home Button and then press the Power button. If you’re using an iPhone X or a newer device, you can hold the Lock and Volume up buttons simultaneously to take a screenshot.

How to Screen Record on Android

Screen Record on Android 11 or Higher

Starting with Android 11, Google’s popular mobile OS has native screen recording built-in. It can be found in the quick-settings at the top of your screen.

Step 1: Go to the Quick Settings or just search for ‘Screen recorder’

Step 3: Then you can choose your video and sound quality settings and then click Done

Step 4: On the first recording, it’s going to ask you for permission to access your device. It will also prompt you to choose your sound settings, and then it will give you the option to either Cancel or Start recording

Step 6: Press the square stop button when you are done with your recording

Step 7: Your recordings can be found in your photos app or gallery

Step 1: First, go to settings. Then, go to about phone. From there, tap the Build Number button seven times. Once you do that it will say, ‘You’re now a developer!’

Step 2: Go back to the Settings app and then choose Advanced, then Developer Options, and finally Feature Flags

Step 4: That’s it! Now you are all set up to record your screen on Android

Step 5: If you long-press on the screenshot button it will open a popup menu

Step 6: Tap Start Recording and another popup will show up

Step 9: You can find the recorded video in your photo gallery

FYI: If all you have to do is capture a still image on Android, just hold down the power and volume buttons at the same time.

We surely hoped you found this article helpful. There are a lot of reasons to want to record your screen, but there are unfortunately just as many reasons why your screen recording may stop working.

If you tried everything here and you still can’t get your screen recording to work, I suggest that you look for any error messages that you may get and google them. You would be surprised how helpful that can be.

If there are no error messages to Google, then you can always describe your situation in the search box. Again, you will be surprised how effective this can be.

Just remember that every problem has a solution and a little bit of research really does go a long way and can save you a lot of money by avoiding a trip to the repair shop.