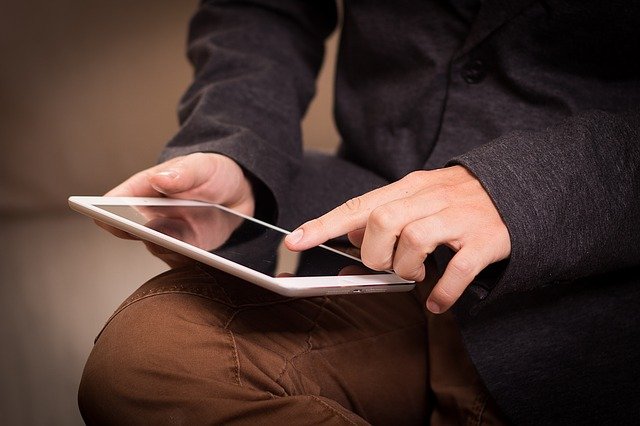 The initial forms of long-distance communication between people were based on the exchange of text-based communications. Even though it may sound silly, writing letters reshaped the way in which we engaged with one another. Letters have fulfilled our desire for connection for ages, whether they brought us happy news about a new baby in the family or devastating news from the front lines of a war.

Even though we were physically separated by kilometers, our resourceful minds never stopped seeking for additional methods to keep our connections strong and communicate with one another. Every one of our hopes and visions for the future of communication may soon become a reality thanks to the emergence of technology, and what lies in store for the future is beyond anyone’s wildest imaginings.

These days, most individuals don’t even give the telephone a second thought. You won’t have any trouble finding someone who ignores their phone on a regular basis. And you really can’t hold it against them can you?

Scam calls and calls made by automated systems on behalf of telemarketers became an annoyance that many people would rather avoid. People were able to hear one other’s voices from a distance of thousands of kilometers for the first time ever with the invention of the telephone. This was something that had never been possible in the past.

The widespread use of telephones in moving environments, such as cabs, trains, and police cruisers, prompted engineers to examine the possibility of creating mobiles.

They felt that if a little more effort was put into improving the technology, everyone would be capable of carrying a phone with them at all times and be able to make phone calls to anybody they wanted from anywhere they wanted to! And with that, the mobile phone was brought into the world. Learn more on this link https://www.nationalitpa.com/history-of-telephone.

The first documented cellphone call was made in 1973 by the CEO of Motorola, over a century after Bell began the path that led to the invention of the telephone. After this, two European engineers named Friedhelm Hillebrand as well as Bernard Ghillebaert conceived up the idea for a short messaging service (SMS), which would enable the sending of brief messages from one user to another.

Even while the initial method of texting was rather cumbersome and required the user to click numerous times on a single key in order to choose a certain letter, it also over time led to some entertaining text talk. At this point in time, billions of SMS messages are sent each and every year. According to the claims of certain authorities, the average number of SMS messages sent in a single second is somewhere around 200 thousand.

SMS has radically altered society, much like its predecessor, the telegraph, and has developed into a commercial business that is worth billions of dollars. It is now feasible to accomplish things like register to vote through text message or even apply for a loan via text message, all of which may be done in a matter of seconds.

It has enabled individuals in countries where neither democracy nor healthcare were previously feasible to access these previously inaccessible opportunities.

What else to know?

You would not be the first one to be taken aback by the revelation that it is possible to obtain a loan through the use of text messages. This choice, which became more common as the usage of SMS grew, is only known by a very small percentage of the general population. The approval process for these loans, which are also referred to as same-day loans, can be completed in a couple of moments after you submit your application.

Now, here’s what you’re probably thinking: that’s a positive development, right? It’s possible that getting a loan will be an extremely difficult and time-consuming procedure for you. What exactly is the problem with acquiring what you need the moment you realize you need it?

Sadly, that is exactly the type of trap that the vast majority of people walk right into. Even if getting an SMS loan is simple and uncomplicated, it comes with a significantly higher level of danger and a host of additional complications in the long run. Stay here with us as we go through some of the reasons why applying for one of these loans may not always be the best idea in the world.

To begin, submitting an application for an SMS loan is not as easy as the majority of banks make it sound like it is. In point of fact, it winds up taking about as much time as the standard procedure for applying for a loan!

It is nothing more than deceptive advertising to suggest that it is possible to send an SMS to the financial institution and immediately have the money deposited into your bank account. If you were to lend money in accordance with the law, you would be required to execute a formal agreement with the bank, which would render the SMS message irrelevant.

Another service that these financial institutions frequently provide for their customers is the opportunity to borrow money without first having their credit evaluated. It is common knowledge that a lot of individuals have problems with their credit ratings, which frequently prevents them from being able to receive mortgages. Read more here.

You should proceed with extreme caution if you choose to take advantage of this offer, despite the fact that it might first sound appealing. To be more specific, there is a purpose to the existence of credit checks, and a bank that does not ask for one could not be as respected as it claims to be.

This takes us to the next subject that we will discuss. Although loans that may be obtained quickly and easily are enticing because they cut through all of the formality that is associated with banking, they ultimately come with a heavy cost.

To put it another way, the rates of interest on these SMS loans are typically through the roof, which will ultimately result in you accruing even more debt than you already did. In addition to this, payback terms are typically rather brief, which makes it even more challenging for customers to return the credit within the allotted time.

Last but not least, breaking the habit of taking out mobillån by text message might be challenging. Because of the numerous options they present in a short amount of time and the effective marketing of these products, many customers end up purchasing multiple items simultaneously. This might provide a significant challenge since, as was previously noted, as soon as you make the payment on one of the loans, the grace period for the other one begins to run out.

The question now is, what should you do if you find yourself needing cash as quickly as possible? These days, the majority of financial institutions provide loan applications on their sites that may be completed in the same amount of time it takes to send an SMS message. In addition, because of advancements in artificial intelligence, a machine can now examine your application on its own and notify you within an hour whether or not you are qualified to get the benefit.

You still get a decision in a short period, but this one comes with the legitimacy of a renowned bank behind it. This choice is considerably simpler and less stressful than the other options. And this does not even begin to touch on the additional advantages that come with having a consumer loan.

Numerous banks provide customer-friendly modest credits that may still be obtained in a reasonable amount of time, but do not come with the hassles and stress that are associated with SMS loans. There are minimal quantities that you are permitted to borrow; but, these loans often include significantly reduced interest rates as well as a longer length of time over which they must be repaid. In the long term, this will result in lower overall repayment costs.