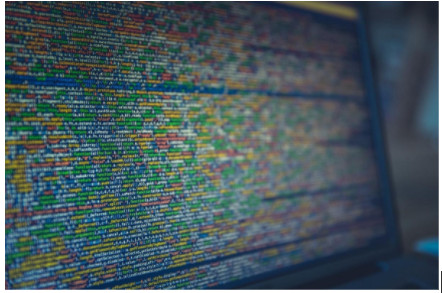 Ntfs.sys Failed This problem is known to trigger a number of Blue Screen of Death (BSOD)errors, including the NTFS_File_SYSTEM (Ntfs.sys), and the SYSTEM_SERVICE_EXCEPTION (Ntfs.sys) error codes. In either case, the error will lock the screen at a startup making it to go blue.

Additionally, the blue screen will also display the relevant error message and code. Some of the common causes of Ntfs.sys failure include corrupted/outdated drivers, Antivirus programs, and RAM sticks that are not properly configured.

Throughout this guide, you will learn what the Ntfs.sys is, what causes it to fail, and how to fix the various error codes associated with the failure.

What is NTFS Sys?

The NT File System Driver (Ntfs.sys) is essentially a system file that is essential in running Windows itself or the hardware drivers, allowing the OS to write, and read NTFS drivers. Normally, the file is found in the Windows Drivers folder.

This being the case, the Ntfs.sys file should never be modified or deleted u under any circumstances. If the Ntfs.sys in your computer happens to fail, you will end up with a BSOD error code. If you get a BSOD error with the stop code SYSTEM_SERVICE_EXCEPTION (Ntfs.sys), the system file is probably corrupted.

The BSOD error with the stop code NTFS_File_SYSTEM (Ntfs.sys), on the other hand, means that your hard disk is not functioning as it should. In most cases, the later error code is triggered by a damaged hard disk drive on your computer.

As you may have realized, there are several Blue Screen of Death errors, all of which are accompanied by a different error code and message. Again, there are a number of things that are known to trigger this problem in almost all Windows Operating Systems.

Discussed below are some of the common causes of the Ntfs.sys Failed BSOD error:

This is one of the leading causes of Ntfs.sys Failed error message today. This is particularly the case for the NTFS_File_SYSTEM (Ntfs.sys) BSOD stop error code. In this regard, the problem is either drivers in the hard disk or just bad sectors in your HDD disk.

In other cases, you may get the failed Ntfs.sys error when the NTFS file in your computer is corrupted. Corrupted SCSI and IDE drivers are known to impair the ability of the computer to read and write on the hard disk. This may also result in the Ntfs.sys Failed error.

This error may also be caused by software conflicts on your computer. The antivirus program you are using may detect the Ntfs.sys as malicious, hence block it from running. If this happens, the Ntfs.sys failure will trigger the SYSTEM_SERVICE_EXCEPTION (Ntfs.sys) BSOD error message.

You may also get this specific error code message if you have problematic RAM sticks or outdated drivers on the computer.

How to Resolve the Ntfs.sys Failed Error

The right solution for the Ntfs.sys Failed error will mainly depend on what is causing the issue. Since you are stuck on the blue screen at startup, you first need to work around it to open the computer before you can fix anything.

To do this, you will need to boot the computer from a different Disk or Using the Windows Recovery CD, as explained below:

Step 1: Enter the BIOS Menu, and Configure the Boot Order

Reboot the computer and press the F2 or DEL button on the first screen–just before the Windows logo is displayed–to enter the BIOS menu. Now you need to change the boot order on this menu, such that the PC boots from CD/DVD the next time you start it.

To do this, you need to set the CD/DVD drive as the first option in the boot order on this menu. Once done, insert the Windows Recovery disk into the CD/DVD drive, save the changes on the BIOS Menu, and exit. You may now proceed to restart the computer.

Choose your preferred language, click on the ‘Further’ button, and then select the  “Recover your computer” option. Next, you need to select the operating system you would like to repair from the displayed options (you’ll probably have only one OS, depending on how the PC was setup).

Once selected, click on Further, and then select the ‘Use Recovery Tools’ option. Click on ‘Further’ yet again. Finally, you need to select the latter option displayed on your screen to open a command prompt. Now type chkdsk / RC: into the dialog box and run the command. (replace c: hard drive letter that is in effect)

Once Windows is done repairing the system, navigate to the BIOS menu, and change the boot order to the way it was before you started. Restart the PC to see whether it will get past the BSOD screen.

The alternative to the above-described recovery process would be to boot the computer form a different disk. To do this, you need to reboot the PC and press F2 or DEL on the first screen to enter the BIOS menu.

Now change the Boost order to prioritize your backup drive, often disk: D, provided it has Windows backed up. Once done, save the changes and exit the BIOS menu. Restart the computer to boot from the secondary disk.

Once started, press the Windows button to enter the Start menu, and type CMD into the search field. Press enter to open a dialog box. Type chkdsk / RC: (replace c:) into the dialog box and press Enter. Note that the PC can still recall the Current C: and Old D: drives. Be sure to select the right one for scanning.

Now that you are past the blue screen of death, you can apply the following methods to fix the Ntfs.sys Failed problem once and for all:

As mentioned earlier in this guide, this error may be caused by software conflicts, especially with your antivirus app. As such, it is advisable to first remove any third-party Antivirus program, as well as Webroot from the computer to fix the issue.

In Windows 10, you need to remove the BitDefender and revert to Windows Defender, which comes built into the OS. To do that, press the Windows + S keys combination on the keyboard open a search dialog box. Type Apps into the box and press enter.

From the search results, select the “Apps & Features” option to display the list of installed programs. From this list, select any third-party Antivirus program you may have, and click on the Uninstall button. Now follow the Uninstall Wizard prompts to remove the program. Repeat the same procedure to remove the Webroot, and BitDefender programs.

Once you are done, restart the computer to check whether the Ntfs.sys Failed error has cleared.

If one or multiple drivers are Malfunctioning, the Ntfs.sys file in your computer may file, and in turn, trigger a BSOD error message. Once you bypass the blue screen, as described above, you should check to see if this is actually the problem.

To accomplish this, press the Windows Key on the keyboard to open the Start menu. Type ‘Device Manager’ into the search field and press Enter. From then search results, open the Decide manager to have a look at all the drivers on your computer. At this point, you should expand all the menus shown one after another to view the status of the drivers.

If any of the drivers happens to have a yellow exclamation mark next to it, you can use the following procedure to fix it:

Step 1: Select a driver with a yellow exclamation mark, and right-click on it to display a context menu.

Step 2: Choose the ‘Properties’ option to check what the problem is. Usually, different drivers will display different malfunctions.

Step 3: You may search online for a specific solution for each driver problem and apply it. Alternatively, you may just go for the universal solution, as described in the following steps.

Step 4: Select the malfunctioning driver, and right-click on it. Select the ‘Uninstall’ option to remove it.

Step 5: From the Start Menu, open ‘Windows Update’ and use it to search for and install the missing drivers automatically.

Method 3: Update All the Drivers

As mentioned earlier in this guide, corrupted files and drivers can also cause the Ntfs.sys Failed BSOD problem. If this is the problem in your case, you need to update all the drivers on your computer to fix the issue.

On the Windows Update window, click on the ‘Check for Updates’ option. Next, just allow the computer enough time to search for and install all the relevant upgrades, including the drivers. Once the process is concluded, reboot the computer to check whether the error has cleared.

Method 4: Use CHKDSK to Fix Missing or Corrupt Ntfs.sys File

“Windows could not start because the System32DriversNtfs.sys file is missing or corrupt.” If you are getting this BSOD error message, the CHKDSK would be the perfect solution. The CHKDSK is a troubleshooting and repair feature that is built into the Windows operating systems.

You may use this feature to fix disk driver errors or just repair bad sectors on the hard disk in an effort to resolve the Ntfs.sys Failed problem. Basically, this solution requires you to run a disk check using CHDSK from the Recovery Console.

Thereafter, you should apply the following steps to troubleshoot and fix the problem:

Open the command prompt in your computer and type in CHKDSK /R into the box, then press enter. In this command, the /R component is the command-line switch that is meant to automatically repair any error found on the hard disk.

The process takes a considerable amount of time, just wait for it to finish before trying anything else.

Since there are so many drivers on your computer, you would save time by addressing all of them rather than one at a time. To begin with, you should reboot the PC into the Safe mode. Just press and hold the Power button for about 10 seconds to shut the computer down.

Start it once again and allow it to boot all the way this time. It will tell you that the computer has entered the WinRE mode. From the Options screen, select Troubleshoot, and navigate to the Advanced options> Startup Settings> Restart.

With that done, you should follow these steps to finalize the process:

Step 1: Press the F5 or 5 buttons once you get to the blue screen with several options, and select Safe Mode with Networking.

Step 2: Next, open the Start menu and navigate to the ‘Event Viewer’. Right-click on the Event Viewer and run it as administrator.

Step 3: Expand on the Windows logs, and then choose Systems.

This will show you all the errors that caused the blue screen on your computer. Fix all those accordingly to clear the error message.

The Ntfs.sys Failed error is one of the common causes of the Blue Screen of Death in different Windows versions. As you have learned throughout this guide, this error code may be triggered by different things. Depending on the cause, this guide will help you troubleshoot for the Ntfs.sys Failed problem and fix it accordingly.