More and more, professional sports have begun to rely on technology. This partnership with tech comes in a variety of recognizable forms, from the apps we use to buy tickets or place bets to the sports analysis that determines the odds we bet on.

From the opposite perspective, franchise owners, coaches, and individual athletes also have a full arsenal of technology to improve their game. Owners rely on hard data from stadiums and online sales to gauge their team’s popularity, while players will use any number of gadgets and apps to monitor and improve their physical health. 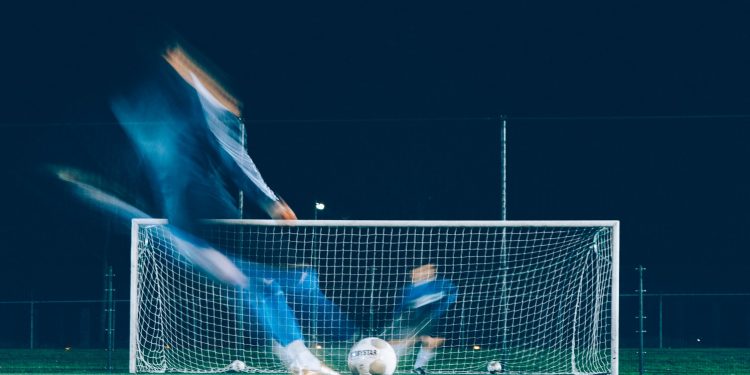 Coaches and other managerial staff are at the forefront of football technology, as they’re central to a team’s success. Not only do they have a hand in trade deals and a solid understanding of the franchise’s financial viability, but they must also create a solid team while demonstrating their ability to overcome strong competition.

A top manager sees what must be done at all levels of a football club. Sure, Pep Guardiola or Zinedine Zidane may not always get their way while leading Manchester City or Real Madrid, but they’re at least responsible for guiding the direction their team takes.

Football technology, and in particular player tracking platforms, are an invaluable resource to these coaches. It allows staff to take a macrocosmic look at the play on the field by tracking the movements of each player. From there, Guardiola or Zidane can tweak the position of a player while also handing over valuable feedback for players to study individually.

Top clubs from the Premier League and La Liga have fully embraced player tracking technology and other equipment used for analyzing game and practice play. While the analysis was formerly the domain of sportsbooks, football clubs are now putting their heads down and studying, too.

While sportsbooks aim to provide unmatched live betting capabilities with their technology, football clubs try to mount a defense against Messi’s left foot or show Mbappé’s explosive speed. Two companies are spearheading this foray into player tracking: Bepro from Germany and Inmotio from Austria. 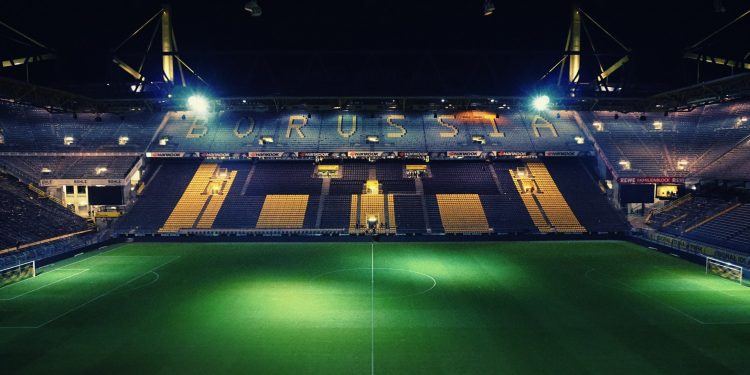 Bepro was founded in 2015 as a startup in Germany, though it has roots in Korea. Unlike other player tracking technologies, the Bepro startup focuses solely on football. The company’s multi-camera setup is designed to record and track all players as they move across the field. However, the platform also provides crucial insight into the sport of football.

For instance, while looking at data points that were collected during a game or practice, Bepro isolates each precise incident on video. This makes reviewing data points easy for coaches and other staff, who can also see a play from multiple angles to fully analyze positions and movement.

Bepro’s capabilities helped to earn the start-up nearly €8 million in funding, with franchises from all over Europe vying to finance the project. This includes teams from the Premier League, Bundesliga, La Liga, Serie A, and Ligue 2.

Much like their German counterpart, the Austrian Inmotio sports analytics platform has achieved major success because the technology is specifically tailored for football (and ice hockey). As per the Inmotio website, the platform has tracked over 500 players and over 3,500 specific football actions.

Inmotio takes this hard data and translates it into analysis on individual player acceleration and deceleration, stamina, and also tracks player stamina over time. The program is renowned for its accuracy and ability to translate data into analysis in real-time.

While this functionality is now being used by major sports betting sites to provide live odds to pundits, it can also be used by coaches in a game to enact a quick, necessary change on the field.

Inmotio is even able to suggest or prepare specific exercises for players based on the analytics pulled from the athlete’s performance. Like Bepro, the platform is able to cater this information to football, and can even analyze footage from multiple matches to create an analysis report.

This makes Inmotio stand out because it combines both a tactical and physical analysis that allows a coach to make changes for an individual player as well as the team as a whole. So far, their client list includes the Royal Dutch Football Association, PSV Eindhoven, Vitesse Arnhem, and other Dutch football teams. 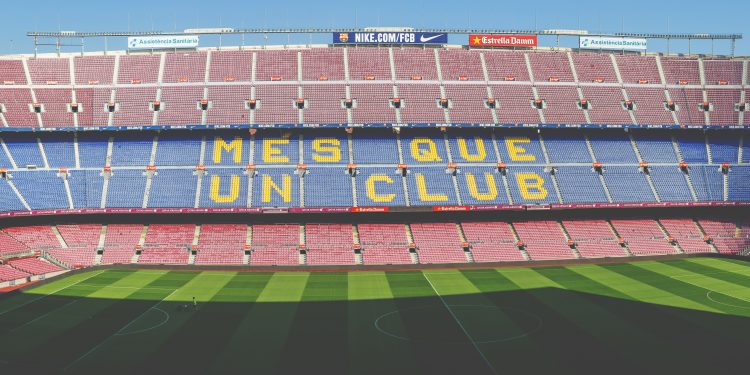 As one of the world’s most elite football clubs, FC Barcelona regularly analyzes play to continue to improve performance. Like every other major sport that’s begun to use technology, the club has had to figure out which data matters and how it can be applied.

In particular, the club relies on player monitoring devices. These devices can be worn around the arm or around the wrist like a watch. Wearable technology, as this tech has been coined, helps coaches and staff assess the fitness of each player by monitoring data like heart rate.

However, FC Barcelona also uses this wearable technology to track player movements. Unlike Bepro or Inmotio, the club uses Real-Time Location Systems in Sports (RTLS). This allows for player movements to be tracked more specifically, versus the external player-tracking that is done by cameras with 360-degree views.

However, FC Barcelona also uses player tracking to bolster its odds of improving play. Not only do players wear remote monitors that track their movements, but coaches also rely on player tracking platforms that allow them to see the overarching patterns of play for the team.

In fact, trainer Eduard Pons of FC Barcelona relies on both technologies to deliver cohesive data and analysis. Soon, FC Barcelona will have been using wearable and remote tracking technologies for close to eight years—since the infancy of such sports tech.

Pons says the club continues to use both forms of technology because they can be used in junction with one another to analyze macro-scale issues, but also function perfectly by themselves. In other words, it’s essential to have an up-close look at each players’ vitals while also being able to see their location and movement across the entire field from a bird’s eye view.