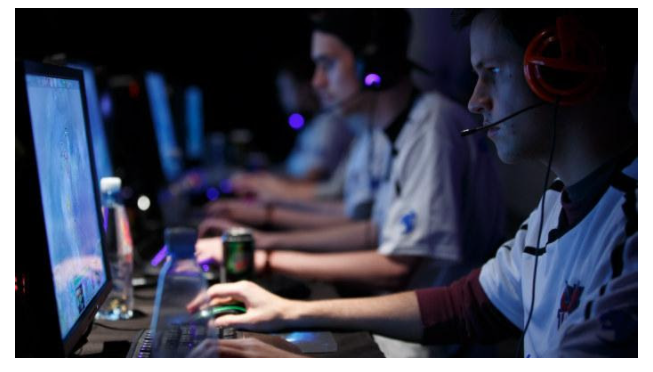 Online games are constantly becoming more and more popular. Whether you want to play MMORPG, MOBA, sports, or online casino games, there are tons of choices available. What’s incredible is that these games continue to advance.

We keep seeing better graphics, improved gameplay, and many other innovations that seemed impossible just a decade ago. But these wouldn’t be possible without some new technologies games developers are using. So, which techs will bring the most change to the online gaming and gambling world? Let’s check it out.

One of the newest things that have arrived in the gaming and gambling world is the chance to play on the cloud. This means there’s no more downloading bulky games and gambling software. Instead, everything is just a few clicks away from you.

Think of it like this. A decade ago, you had to have a strong gaming PC to run the newest video games. And if you keep all of them on your computer, you’d eventually have to get more space. Not to mention that your hardware could stop working or become outdated, and you had to change it. With cloud gaming, you don’t need any of that. As long as you have a stable internet connection, you can play directly from the provider’s computer.

Cloud gaming also removes lags during game time. This will result in high-speed gaming for everyone involved. So, if you’re playing poker with other people online and they’re playing via the cloud, there’s nothing in their PCs that could spoil your gaming experience.

Platforms like Google Stadia and Amazon Luna are already here, and we can expect to see a lot more from this technology in the future.

I’ve been around in the past few years, you had to hear a lot about blockchain. This tech has already changed our everyday lives by helping introduce digital money a.k.a. cryptocurrency. But blockchain has the potential to bring some massive changes to all industries, including gaming and gambling.

Some games already accept Bitcoin and other popular digital currencies. So, if you want to buy in-game cosmetics or a boost, you can do it without inputting your credit card information.

This change is even more important in the online casino industry. For years, people stuck with brick-and-mortar casinos because they didn’t want to use their names and credit card numbers when registering online. Blockchain and digital currencies make this possible. Now, as long as you have a crypto wallet you’re good to go.

Blockchain has even sparked the emergence of an entirely new genre – crypto gaming. The way it works is that you collect in-game assets and sell them for cryptocurrency. If you’re not sure what we’re talking about, just check out some of the most popular crypto games of 2021.

Ever since gaming first became a thing, people have been dreaming about stepping into these digital worlds. With the emergence of virtual reality (VR), this became possible. VR has been around for quite some time, but it appears that its time is yet to come.

The tech had a somewhat slow start as the virtual worlds didn’t look like the players had imagined. So, with devices like the Oculus Rift, you can already test VR gaming yourself.

However, VR has enormous potential, especially when it comes to gaming and gambling. Experts are already working on bringing us a better virtual reality and it’s safe to say that at some point, we’ll all prefer to play games in virtual reality.

Some virtual casinos already look amazing and make gambling online more dynamic. But even in the iGaming industry, we can expect to see much improvement when it comes to VR.

Augmented reality (AR) also has bags of potential. Just look at how much noise Pokemon Go has made since its release in 2016. More AR games have been released since and keep becoming better and better.With some more improvement, there’s no doubt these two techs will shape our gaming and gambling habits.

Artificial intelligence (AI) stands behind all modern technology. And it’s getting smarter and smarter. In the media, AI is often represented as a tech that can one day replace us at our jobs or even take over the world. Just think of Skynet from The Terminator.

However, a more realistic approach to it is that we’ll come up with new ways to use this tech. And there’s no need to say that AI is exactly what the gaming and gambling world needs.

Whether you’re playing alone or with other people online, you need the game to make smart decisions. If there was no AI, they could rely on nothing but random generators.

This tech can even observe your gaming habits, and recommend games or modes you should try.

AI is also responsible for the state-of-the-art casino gaming software we have today. This tech can guide you through new slots and card games and even track your results.

Some casinos even rely on this tech to help them train new blackjack and poker dealers with the end goal being improved user experience.

There’s another reason why you don’t necessarily need a powerful machine if you want to play video games or gamble online – mobile gaming.

Not so long ago, mobile users were restricted to simple and repetitive games that don’t result in the same overall gaming experience. With better mobile devices, we got a chance to see some of the most popular video games coming to Android and iOS.

Do you want to play Fortnite? As long as you have a good phone and stable internet connection, there’s nothing stopping you from doing so. The same goes for PUBG and many other popular PC and console games. Even League of Legends got its own mobile version called Wild Rift, which by the way, looks amazing.

Improved mobile gaming is also exactly what casino enthusiasts wanted. Why sit behind the desk when you can easily spin slots while watching TV on your living room sofa? Online casino mobile apps now come with amazing graphics and some extra options that make gameplay even more fun.

Technology is evolving at a rapid pace. Naturally, we’re seeing so much change take place in the world of gaming and iGaming as well. With the tech we have today, the possibilities in this industry are endless. We can only imagine what kind of innovation we’ll see in the next decade or two.