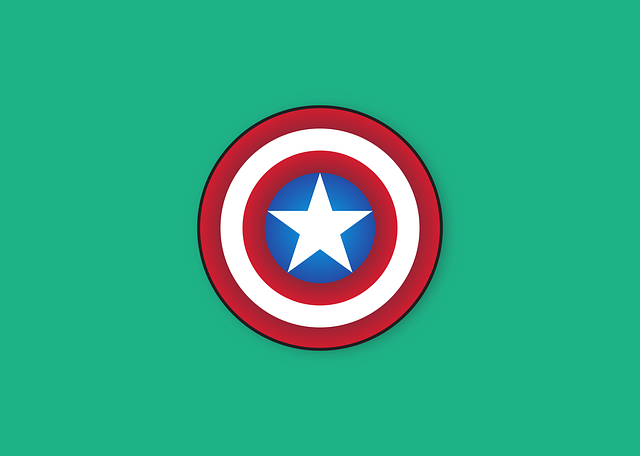 We’re in the golden age of superhero content. Hundreds of millions are being invested in new superhero shows and movies. That number should only grow in the future thanks to the growing popularity of these productions.

The rise of superhero movies has created a renewed cultural interest in some of the most iconic heroes. Two examples of this are Thor and Captain Marvel. Each has seen a rise in popularity due to their starring roles in the Marvel Avenger series.

More specifically, more and more people are becoming curious about who would win in a head-to-head battle between these two. Would Thor come out on top? Or would it be Captain Marvel?

In a theoretical matchup between Thor and Captain Marvel, it’s very likely that Thor would come out on top. He is not only physically stronger but also has lighting capabilities. This would overload Captain Marvel’s energy absorption powers. The fight simply wouldn’t be fair. Thor is a god and Captain Marvel is a human, even in her binary form.

Who is more powerful than Captain Marvel?

This is open to interpretation. But Kevin Feige, the producer of the Marvel Cinematic Universe, has made some statements that fans consider when answering the question.

He initially said that Captain Marvel would become the most powerful character in the Marvel Universe. But then he walked that statement back. Now he says that Wanda Maximoff might be the strongest character in the universe. Her story is currently being chronicled through the TV series WandaVision on Disney Plus.

Fan opinion may be a more reliable metric of who’s stronger than Captain Marvel. Some of the characters that have been suggested include:

The comic says Captain Marvel separates Thor from Mjolnir. This cuts Thor’s power in half, making him more vulnerable to Dark Captain Marvel’s attacks. Once that happens, he is incapable of withstanding her attacks.

Dark Captain Marvel kills Thor in the comic and then decapitates him after. But whether this scene will actually be brought to the Marvel film franchise at some point remains unclear.

Who will in a fight Thor or Captain Marvel?

There are some conflicting reasons for believing that each hero would beat the other. For example, Dark Captain Marvel actually does beat Thor in a fight in Captain Marvel (2019) #12. She’s able to kill him by separating Thor from Mjolnir and cutting his powers in half.

However, Captain Marvel is only actually able to defeat Thor when she’s managed to separate him from half of his power. That means it’s unlikely that she would actually be able to do so if Thor had access to all of his power.

The reasons for this are clear. Thor is a god while Captain Marvel is a human. He also has far more physical strength than her and a lightning power that Captain Marvel would not be able to match with her own.

But ultimately, there is no right or wrong answer here. What you think should be based on your personal opinion and how you feel that all of these factors would play out in a fight.

Almost no one besides Thor is capable of lifting his hammer. Not even the Hulk would be capable of doing so unless the right circumstances manifested themselves. However, Captain Marvel did manage to lift Thor’s hammer and use it once in the comic series. The event took place in Captain Marvel #16.

It happened when Vox Supreme, a Kree supervillain, was battling the Avengers. Things were looking bad for the good guys, but Captain Marvel saved the day with Thor’s hammer. She picked up the hammer and used it on Vox Supreme to end his threats once and for all.

But as soon as the fight was over, the hammer dropped back to the ground immediately. Captain Marvel wasn’t able to lift it any longer either.

It turns out that Captain Marvel had been injected with Thor’s DNA before the fight took place. That temporarily enabled her to wield his hammer. But it’s not something that fans should expect to see again anytime soon.

Who is the weakest Avenger?

Black Widow is the other common choice for this position. She’s a master of espionage, infiltration, and subterfuge. She also has excellent martial arts skills, great agility, and is very good with several types of weapons.

But Black Widow is another character who doesn’t have any superpowers, in the traditional sense of the word. That necessarily makes her one of the weakest Avengers as well.

This is another question that’s open to interpretation. There are some factors worth considering in each of these heroes’ favor. Let’s start with the Scarlet Witch.

The Scarlet Witch is capable of doing a variety of magical things. These could give her the firepower she needed to keep up with Thor in a fight. But the Scarlet Witch’s powers fluctuate wildly from comic to comic. And she hasn’t been fully tested yet in the Marvel Cinematic Universe.

Thor is consistently portrayed as one of the most powerful superheroes in existence. We’ve also seen his powers tested in the Marvel Cinematic Universe. He’s passed the tests that he’s been put through with flying colors every time.

This is one battle that fans of the superhero genre have been longing to see. Both Thor and Superman are considered gods. They’re also viewed as two of the most powerful characters in the Marvel and DC universes, respectfully.

So, who would win in a fight, Thor or Superman? Each is ultra-powerful, but there’s a good reason to believe that Thor would come out on top.

Although he rarely uses it, Thor has access to magical powers. This is something that Superman simply wouldn’t be able to match. There’s a good chance that if the two ever fought, Thor would have to use his magical ability to defeat Superman.

Who can beat Thanos 1v1?

Thanos is the strongest supervillain that the Marvel Cinematic Universe has ever seen. He became almost unstoppable when he managed to procure the Infinity Gauntlet with all of its stones.

But there are still some characters who might have been able to beat Thanos in 1v1 combat. The first is Thor. Thor is considered to be the most powerful Avenger by many. He has magical abilities, super strength, and the power given to him by his hammer. Collectively, these powers may have been too much for even Thanos to stop.

Some people also believe that Captain Marvel would have been capable of beating Thanos in 1v1 combat. This is based on the comments that Kevin Feige made when he said Captain Marvel was the strongest hero.

If you believe these statements (even though he’s walked them back), then you believe that she can defeat Thanos. That’s because most agree that Thor can beat Thanos. If Captain Marvel is stronger than even Thor, then she would be capable of defeating him as well.

The answer to this question could depend on where the fight takes place. Superman gains his power from the yellow sun. The closer he is to the sun, the more powerful that he becomes. Captain Marvel, however, has access to her full powers no matter where she is.

So if the fight took place very far from the sun, then Captain Marvel would likely defeat Superman. But if it took place close to the sun, it’s likely that Superman would come out on top.

It also might depend on which iteration of each hero we get. If we’re talking about Superman Prime One Million, then it’s extremely unlikely that Captain Marvel would win in any circumstance. But if we’re looking at one of Superman’s weakest forms against one of Captain Marvel’s strongest, then she would almost definitely win.

Thor is undoubtedly stronger than Dr. Strange. He is a God who has super strength and the power of his hammer to fall back on. There’s no way that Dr. Strange would be able to match Thor on a strength-to-strength comparison.

But Dr. Strange has other powers that might give him an edge in a hypothetical battle against Thor. Namely, he has very powerful magical abilities that might confuse Thor and keep him off-balance.

It’s unclear how these two competing factors would balance out in a fight. Although it’s likelier that Thor would win, you can certainly make a case that Dr. Strange would defeat him.

What are Captain Marvel’s powers?

Captain Marvel has several key powers that make her one of the strongest heroes in the Marvel Cinematic Universe. First, she has superhuman strength, stamina, reflexes, agility, and durability. This makes her incredibly strong and tough to bring down in a fight.

Captain Marvel also has the power of flight and Iron Man’s armor. These two things combine to make her power even greater.

Thor has the power of weather modification and lightning. He’s used these powers to bring down a number of bad guys. But additionally, Thor has the power of electric manipulation and superman stamina, durability, and reflexes. He even has nigh-invulnerability, which means he can only be killed in very specific circumstances.