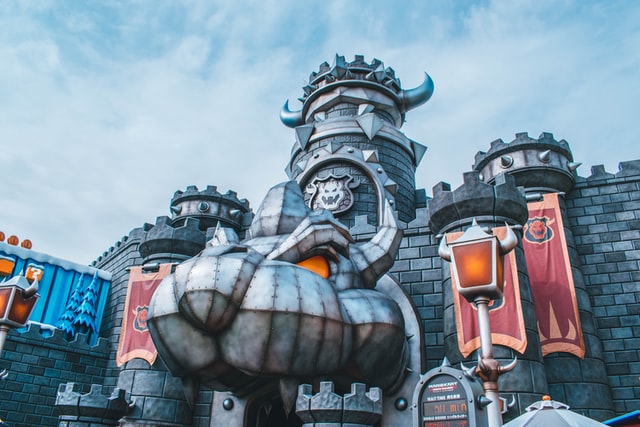 You are a newcomer who wants to play World of Warcraft. But here’s the problem – on closer inspection it turns out that there are three versions of WoW. This article will help you understand the difference and where to go to play.

WoW is not the same and will soon die, I hear from the very days as the first character created on the official server, that is, somewhere in 2008. Yes, there were times when I thought it would really happen soon, but here it turns out that WoW is not only alive but also exists in three versions. This material explains the difference between the two and is designed primarily for new players. Although, for veterans, this article may also be interesting as an excuse to argue about.

I will begin with a historical reference, which explains why in 2022 there were three versions of World of Warcraft.

The original WoW was released in November 2004. After the first add-on to the game The Burning Crusade – it happened in 2007 – a small but still decent part of the players began to ask the developers to “return vanilla”, which is the original version of the game. Blizzard responded that they would not do this from the word go.

After the release of each new addition, there were “old-timers” who did not like the changes that these additions made. Dissatisfied players went either in the sunset or on the private servers, or some enthusiasts have created a great variety of different versions of the game. Some enthusiasts have collected Blizz-like servers, without great bugs for comfortable play.

As time went on, WoW’s audience was steadily declining, and eventually, Blizzard decided to restart vanilla. WoW Classic was released in August 2019 and proved successful. During the first months, Blizzard did nothing but open servers, and in January 2020, the number of Classic subscribers was estimated at 350,000. Of course, that number dwindled over time, but in March 2021, it was still significant at around 215,000. Estimates are unofficial, but they can be believed because they are made on the basis of player activity data.

Is it a lot or a little? Let’s just say that for a relaunch of a game developed in the mid-noughties, it’s decent. It’s comparable to the audience of MMOs like EVE Online, Guild Wars 2, and SWTOR. Such success has moved Blizzard to continue. The official announcement of the relaunch of the first add-on to the game took place at Blizzcon-2021. The release took place on June 1, 2021. Technically, it looked like that on the WoW Classic servers “pumped” addition The Burning Crusade. At the same time, they left the Classic Era servers with the “vanilla” version, which was relaunched in August 2019.

Thus, we now have the following versions of World of Warcraft:

Now we turn to the question of how these three versions differ and where to start playing. We can talk endlessly about the differences of the versions, because for fifteen years the game has changed greatly in many aspects. Therefore, in this material I will focus on the main ones, namely:

The size of the game world and character development

To put it simply, there are two periods in character development – “progression” and “endgame,” the game at the level cup, that is, at the highest level. On leveling up, the character develops by gaining levels, opening up affixes, gaining armor and weapons. This is quite a time-consuming process. In the endgame, you develop only through new armor and weapons, which can be obtained mainly in raids, and that’s why lots of people need the mythic +10 boost.

The main difference between Classic Era / The Burning Crusade Classic and the current version is the size of the game world, as well as the place and time when the action takes place. WoW Shadowlands is the eighth addition to the game. Each addition brought a new continent or group of large locations to the game. For example, in the second edition, Wrath of the Lich King – the northern continent, Nordscale. In the fourth addition – Pandaria, but only in the south.

During the fifteen years of the development project, setting and game lore have grown, and it will be a serious obstacle to understand what’s what. The case is exacerbated by the fact that Blizzard developed the storyline in such zigzags that one can only envy the exuberant imagination of the developers.

Starting to play on the classic servers (Classic Era / TBCC) you kind of start watching a long series from the beginning. The events of the original WoW begin four years after the plot of Warcraft III: The Frozen Throne ends. You won’t need a lot of time to understand the prehistory, the summaries of the events of the RTS series won’t take much time. It will be easier for you to get up to speed.

Starting to play the actual version you will find yourself in a strange world of Darklands, which along with the reality of Azeroth is one of several dimensions of the Warcraft universe. The whole previous story, that was unfolded on the planets Azeroth and Draenor, most likely, will look like a confusing heap of stories, plots, and characters, that you won’t be able to make out in a couple of evenings. So if you go to the actual and you want to understand the history of the Warcraft world more deeply, I advise reading “The Chronicles of Warcraft”.