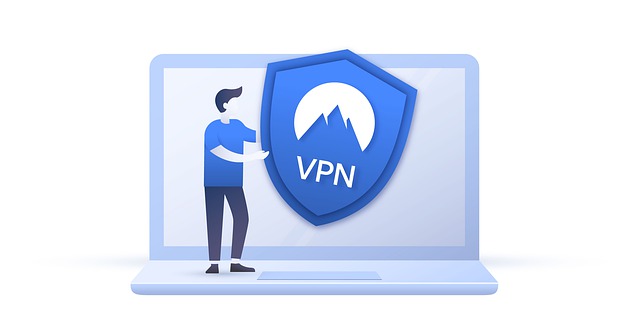 With the COVID-19 pandemic still raging on, the popularity of working from home is ever-increasing. If you are working from home or even has a child that is attending online classes, security threats are making their way from corporate offices into your home. Without knowledge regarding the best security tools, you can be left vulnerable to attack.

A VPN Concentrator is a device that lets several VPN tunnels exist on a single network. VPN tunnels are secure connections that make use of advanced encryption algorithms to secure information.

This allows the connection to move across any network without being intercepted and read. VPN tunnels function independently from one another. VPN Concentrators are made to manage multiple VPN connections.

What is a VPN Concentrator And What Does it do?

A VPN Concentrator is able to make secure connections over TCP/IP networks like the Internet. This enables users to operate on secure, private connections over a public network. All without the fear of hackers getting to their data.

What is a VPN Concentrator and Who Uses One?

VPN concentrators are used by companies that own multiple network-connected systems. It could be a public network such as the internet or a private network like the one in your office. Using VPNs will protect against any interception of any network communications.

What Does a VPN Concentrator Actually do?

VPN Concentrators employ tunneling protocols in order to create and manage several VPN tunnels. A VPN Concentrator puts the outgoing network data into packets, encrypts them, and then transmits the data through the VPN tunnel. In reverse, it will receive incoming data, de-encapsulated it, and then decrypt it.

Also, a VPN Concentrator manages user authentication and is able to assign IP addresses to each user. It also handles network communications and manages cryptographic keys.

VPN Concentrators basically act like routers, but add an extra layer of security. If you are still wondering, ‘So, What is a VPN Concentrator?’, then keep reading this article.

Why Use a VPN Concentrator?

A VPN concentrator provides high-performance output. Meaning, they are very efficient and productive. These devices are expandable using SEP (Scalable Encryption Processing) modules. This enables users to increase the overall capacity and performance.

VPN concentrators can support many thousands of users. These systems are essential to corporations and organizations if they handle over 10,000 users.

The main benefit of a VPN concentrator is enabling secure access to the internet anywhere in the world. The network traffic itself is redirected and reshaped by the VPN Concentrator. After the encryption process is through, the data is encrypted and sent.

When started, the software automatically creates a tunnel to the VPN concentrator. This is done so that the user can receive data coming through it. The user can configure the software to be Always-On. This means that when you start-up your device, it always uses an encrypted tunnel to connect to the corporate network.

If a business does not have a secure network, hackers are able to easily get into systems to install malware and steal data. Using a VPN concentrator will provide a secure, encrypted system of data transfer that is appropriate for a business setting.

A VPN concentrator is basically a specialized router that includes more advanced protocols and algorithms.

When one is choosing between a VPN router capable of tunneling and a VPN concentrator, it’s important to have all the facts. What kind of remote access you are going to need is one of the most important factors. You also have to consider what applications you’re going to use.

The best VPN concentrators are industrial tools, so they aren’t really made for individual home users. Also, it’s important to take into consideration that they cost considerably more than ordinary routers.

If you have a small business and you want it to be able to benefit from the added level of security along with a low financial investment, then you need a VPN-capable router that can also act as a gateway checkpoint.

Yes, this is more difficult to set up and configure than a concentrator, but this is because you are going to have to configure VPN clients on all of the remote clients individually.

You could always go for the third option, which is a VPN appliance. That is really more of a security swiss army knife that provides several advanced features but has generally weaker security than a VPN concentrator or VPN router.

With a site-to-site VPN connection, it’s best if you are only connecting two or three sites. Site-to-site VPNs are best for fixed locations like a home office or a few satellite offices in neighboring cities. The tunneling protocol is going to have the same access to systems and databases.

When you need tunneling protocols to provide remote access from random locations like mobile devices, however, then a VPN concentrator is the best choice.

SSL VPNs use TCP port 443. Port Forwarding can be employed to customize the configuration to the exact specifications needed. This will enable the installation of SSL VPN clients into existing browsers and operating systems. In this case, the user will not need any additional IPsec tunneling.

Using an SSL VPN will eliminate the usual requirement of configuring every node manually. It is important to note, however, that there are some applications or software which require an IPsec VPN connection.

IPsec, however, requires separate client software in order for users to be able to connect to the VPN. In this way, though, it is more configurable than SSL-based VPN concentrators.

IPsec client software takes a lot of time to correctly configure. The process is complex and time-consuming.

When configuring mobile networks or remote laptops, things can get even more complicated. There are some connection points that might completely block IPsec traffic.

The first thing you should do is determine if you need a site-to-site VPN, a VPN router, or a VPN concentrator. There are several solutions available to secure networks with excellent encryption, you just have to know the terms. A VPN concentrator is just one of many tools at your disposal for network security.

It’s important to note that while VPN concentrators made by large vendors support both IPsec VPNs and SSL VPNs, most budget devices only support one or the other. And remember, which protocol you use should depend on your specific requirements. Some programs simply will not function through an SSL-VPN client, and some SSL-VPN solutions won’t support centralized storage or shared access to resources like printers.

IPsec VPNs are going to give you the most options and provide better security than an SSL-based VPNs. Another thing is that SSL-VPN concentrators are simpler to configure and manage, which lowers the risk of misconfiguration.

What is a VPN Concentrator – Summary

With the ongoing Coronavirus pandemic having so many people working from home, network security is becoming more and more important. This is because security threats that used to only happen in offices and workplaces are now being found in the home. So, it’s important to understand the best ways to protect your information by using a VPN Concentrator.

So, What is a VPN Concentrator? A VPN Concentrator lets several VPN tunnels exist on a single network. A VPN tunnel is a secure way to make connections that make use of advanced encryption to secure your data. This allows the connection to move across any network without being intercepted.