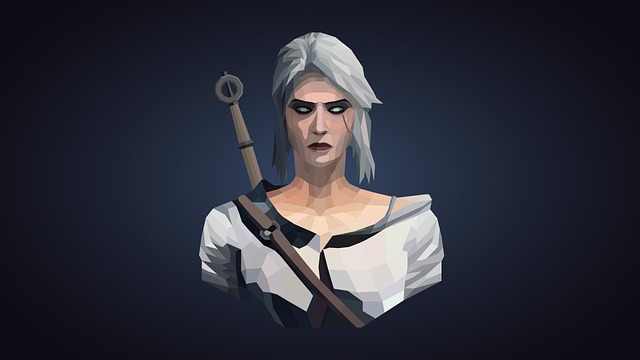 We’re living through the golden age of video games. Development companies are spending more time and more money on creating classic games than ever before. CD Projekt RED and Bethesda are two of the best examples of this.

Each of the companies has created one of the most memorable RPG games ever in recent years. CD Project RED came out with the Witcher 3 in 2015 while Bethesda released Skyrim in 2011. These games have stood the test of time and are still played constantly even years after their release.

But you might be wondering which of the two is better. Maybe you’re going to start a playthrough on one. Or, perhaps you’ve already played both and can’t make up your mind. If so, you’ve come to the right place. Keep reading to learn everything that you need to know about the Witcher 3 vs Skyrim.

Witcher 3 and Skyrim are more different from one another than you might think after a first glance. In Witcher 3, players take control of an already-established character and go through the story from his perspective. Skyrim players create their own story. But Witcher 3 was released later than Skyrim and has superior mechanics and smoother gameplay because of that.

Is Witcher 3 better than Skyrim?

Different players have different opinions about which of the two games is better. There really is no right or wrong answer here. Your decision will have to be based on what you value most in an RPG game.

For example, if you’re someone who wants to create their own story in an immersive world, then you might think Skyrim is better. It allows you to create your own character and to build that character however you want.

Witcher 3 also offers opportunities to choose the path of your character. But you don’t get to build one from scratch. This can be a bit of a turn-off for some RPG gamers.

But if you’re someone who values smooth gameplay and interesting mechanics above all else, Witcher 3 may be better for you. Its later release date means that it was able to take advantage of slightly newer technologies. These enabled CD Projekt RED to create a gameplay system that’s a bit better than Skyrim’s.

Is the Witcher 3 bigger than Skyrim?

Witcher 3 has perhaps the largest world ever put into a AAA video game. Its world is much larger than the one that players can explore in Skyrim.

For example, Skyrim’s game world translates to a size of about 39 square kilometers. Witcher 3’s world is roughly 3.5 times larger than this. It’s even 1.5 times bigger than GTA V, which is considered to have one of the largest maps ever.

Of course, map size is only one component of a game’s size. Content also matters. And Skyrim has loads of it packed into its smaller map. Ultimately, you could spend more than 100 hours exploring the nooks and crannies of both of these worlds and still find something new in them.

Yes, Skyrim is absolutely still good in 2021. It’s still played by millions of players across the globe thanks to its immersive storyline and pleasing gameplay. One of the best features of Skyrim is the ability to create your own story.

You get to decide which race you belong to, which factions you’ll support, and the type of fighter that your character will be. There are also countless new ways to experience the game in 2021 with mods and various playthrough restrictions that you can impose on yourself.

Add to that the content that’s been released through Skyrim’s major expansions and you have a game that’s still great. Skyrim is a classic RPG that will be worth playing throughout 2021 and beyond.

Yes, Witcher 3 is absolutely still worth buying in 2021. The game is one of the genre’s best and has literally hundreds of hours of content for gamers to explore. Like Skyrim, it also offers numerous ways to customize your playthrough. So many people decide to play Witcher 3 multiple times. They enjoy their experiences tremendously each time that they start over.

It’s also worth mentioning that both the Witcher 3 and Skyrim regularly go on sale in 2021. If you time your purchase correctly, you could get ahold of one of these games for practically nothing.

For example, in 2020 Witcher 3 was on sale in the PSN store for just $11. You won’t find a better value in gaming, given everything that Witcher 3 has to offer.

What made the Witcher 3 so good?

There have been games that equal Witcher 3 in gameplay mechanics, story, and graphics. But virtually zero have matched the Witcher 3 in all three of these important categories. Players fell in love with Witcher 3 because all of these things work together to create an incredibly immersive world.

Some gamers cite Witcher 3’s complex, morally-grey choice. The game doesn’t make the distinction between good and evil clear always. This causes gamers to have to seriously consider how they wish to proceed at several major junctions in the story.

Additionally, the game’s graphics are still being celebrated more than 6 years after its release. They were some of the very best ever when Witcher 3 was released in 2015. And they make it easy to immerse yourself in the story.

Finally, Witcher 3’s gameplay and opportunities for customization are legendary. They capture the essence of what RPGs should be so accurately that it’s difficult to imagine any genre title surpassing them in the near future. It’s this confluence of factors that makes Witcher 3 so good.

Is Skyrim good for beginners?

Yes, gamers of all skill levels can play Skyrim. The game ensures this by offering several different difficulty levels for players to choose from when they first boot up. If you aren’t familiar with RPGs, you can do a run-through on beginner mode to level up your skills.

Additionally, Skyrim has more streamlined combat and progression systems than did earlier games in the Elder Scrolls franchise. So you don’t need to worry about having to wade through complex systems that you don’t quite understand.

What race is best in Skyrim?

The beauty of Skyrim is that every race is viable. You can play as a Khajit, Orc, Imperial, Nord, or any other race without having to worry about facing major difficulties later. That being said, the most popular races in Skyrim are Nord and Breton.

Ultimately, though, if you want to make the best race choice for gameplay purposes alone, then Breton is typically recommended. This is because the race receives an automatic 25% resistance to magic. That’s super important because, at upper-levels, magic attacks can kill a player almost instantly.

Additionally, Bretons have a great power called Dragon Skin. This allows the player to absorb 50% of all magic attacks for 60 seconds. So if you choose Breton, you’ll find it much easier to make it through the game’s toughest Magic-based opponents.

The sheer amount of gameplay opportunities present in Witcher 3 is impressive. The amount of time that you spend on the game will depend on how you choose to play. It can be completed in as little as 25 hours of game time if you don’t pursue side quests. An average playthrough takes about 70 hours.

But what if you want to see everything that Witcher 3 has to offer? If you’re shooting for 100% completion, then you should expect to spend as many as 200 hours on the feat. The game has an astonishing amount of content. You’ll need to invest a significant chunk of time into playing it if you want to make it through all of that content.

Is the Witcher 3 or Skyrim harder?

Most people would say that Witcher 3 is harder to beat than Skyrim. The game starts out easy enough. But as you level up, you will start having to use all of your abilities to survive enemy encounters. This isn’t always the case in Skyrim.

In Skyrim, you can figure out what works for you and continue using it throughout most of the game. So you don’t need to be as adaptive in order to make it through Skyrim’s hardest fights. Witcher requires you to adjust your fighting strategy for each major enemy that you encounter.

It’s this process of adjustment that makes Witcher 3 a bit more challenging than Skyrim.

Is there a point of no return in Witcher 3?

Witcher 3 has a massive world that’s full of quests in both the main storyline and side ones. But there comes a certain point in the game where your options narrow. As you near the end of the main questline, there’s a point of no return. It’s at this point that you can only complete major quests moving forward in the game.

But don’t worry. The game will warn you when you’re about to move beyond the point of no return. The first time that this happens is before you start the “Isle of Mists” quest. There’s also a second point of return when you enter the final area. This is also made obvious so you don’t have to worry about missing it.

What is the strongest build in Skyrim?

There’s some back and forth over this. But the majority of players have decided that the illusionist assassin build is the strongest. The illusionist has many skills at his disposal. And each of the tools is very fun to use.

For example, the build has invisibility, calm, fury, and fear. Abilities like these make it easy to master virtually any type of enemy that you might encounter while exploring the world. You can also access almost the full set of skills below level 20. Other builds restrict some of their most powerful skills until later levels in the game.

Is Witcher 3 the best RPG ever?

This is a deeply personal question that everyone will answer differently. But objectively, there’s absolutely a case to be made for Witcher 3 as the best RPG ever. It has powerful storylines, countless character customization opportunities, and everything else that you want in an RPG.