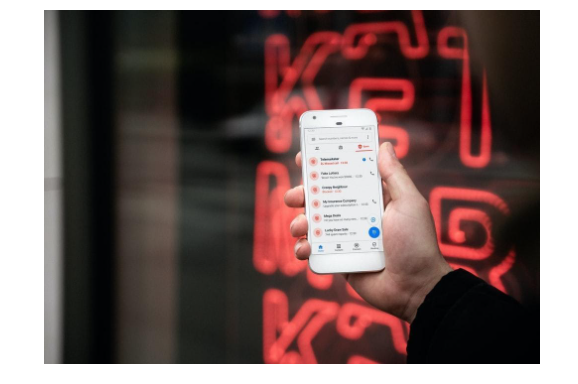 We all get pesky robocalls from unknown numbers. Marketers are bombarding consumers continuously, no matter how many call centers are shut down. Fortunately, there is a way to block them on Android and iOS.

Note that unknown numbers are different from private ones when the caller ID is withheld. In the first case, you can identify the service provider and location. Blocking is also relatively easy.

If You Have an Android Phone

Your phone can detect unknown numbers and block them automatically. Alternatively, you may send particular callers to your blacklist. Here is what to do after receiving an unwanted call:

That’s all! Now, your smartphone will automatically reject all calls from this number. You will not hear it ring, and there won’t be any notifications. Yet, the calls will appear on your list marked as blocked.

Google Play has plenty of apps for different identification tasks, including blocking. Their features are quite broad. For example, you may limit your blacklist to private numbers, unknown numbers, spam text, and more. If you are not satisfied with the default features of your smartphone, get an app to enhance the protection.

If You Have a Samsung Galaxy Phone

On Samsung Galaxy, blocking numbers of telemarketers and scammers is a breeze. The system allows you to reject any calls from private numbers, or limit the band to particular colors. Here is what you should do:

Tip: you do not have to enter the number manually — just copy it from the Phone app, tap in the “Add phone number” field, and paste. To copy the number from your list of calls, you should open the “Recents” tab, find the call, and tap the “I” on the right.

If You Have an iPhone

Users of iOS 13 have two options — a blanket ban on unknown numbers or separate blacklisting. These options are built into the operating system. This eliminates the need for third-party apps.

Now, Siri’s intelligence is used to determine if calls come from the callers you have previously interacted with. This includes your Contacts, Mail, and Messages. You do not even have to save their numbers! All other calls will be automatically sent to voicemail. Here is what to do:

Naturally, this method is not ideal, as you may need to receive calls from potential employers or delivery companies. However, if you are sick and tired of robocalls, this should give you peace of mind. If you want to be selective and block a particular number, do the following:

Both Android and iOS will let you reject calls from private numbers as well. In either system, the setting is far from perfect, as it is only a blanket ban. Therefore, any friend or family member who uses a withheld number will be blocked automatically. This is done on the handset, not the network, so there is no way to circumvent this drawback.

Why You Cannot Block Separately

Callers who want to hide their numbers use *67. This causes their smartphones to send a special request to the network. The caller ID is concealed at the final point — when the call comes through. As it is not received by your phone, the system cannot identify the number attached to it. This is why a blanket band is the only solution.

Unfortunately for iPhone users, systems older than iOS 13 (see above) do not allow them to block private calls easily. First, they may adjust the settings for their Do Not Disturb mode, so only calls from their contacts are allowed. Secondly, they may use the “Block this caller” option from the Phone app for separate numbers.

Why Do Companies Use Robocalls?

In the US and globally, phone spam is on the rise. In the past few years, the number of calls made daily has skyrocketed. In 2019, Americans received 5 billion calls monthly!

At first glance, this seems counterintuitive. Why would anyone pay for such an old-fashioned way of promotion, which is also untargeted and grossly ineffective? After all, an overwhelming majority of people hang up as soon as they realize they have been called by a robot.

The answer is simple — economics. Automatic calls are extremely cheap to make. So cheap that getting a few leads is worth making thousands or millions of calls. Besides, even though these calls are technically illegal, the government has done little to regulate them.

Companies that use robocalls are usually scammers. They may sell something that does not exist. They may sell products of inferior quality. The technology allows them to reach thousands of people every minute. For example, according to NPR, Message Communications, Inc. sells 125,000 minutes of robocalls for $875. Considering the average length of a call, this translates into 2.5 million calls, which is definitely a bargain.

US citizens can add their numbers to the National Do Not Call registry. After 31 days, if you receive an unwanted call, you can report it. In this case, the caller will be penalized.